Pictures from this week

I can't believe it's already the middle of July. It's been a good summer so far, but not a terribly productive one. I haven't seriously worked on tack in at least two weeks. I keep meaning to sit down and finish something--anything!--but there are just so many distractions... 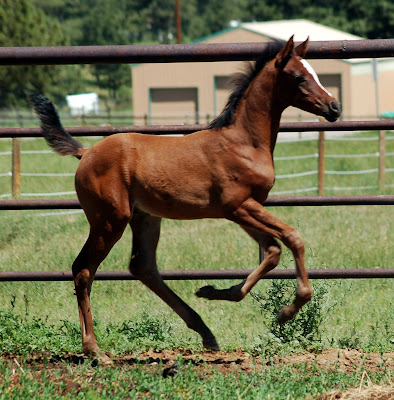 Not the least of which is the lure of spending time with real horses. I've been wearing out the road between my house and Parker, and here are some pictures from my most recent barn visits. That's Austin in the first picture and Iris and her mother Pixie below. All the foals are doing well--getting bigger and stronger with each passing day. 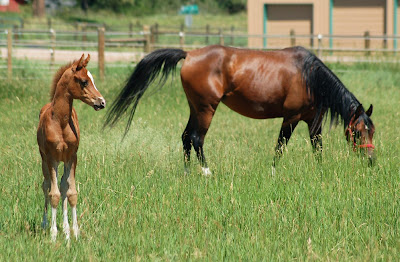 We've been riding, too. Here's Cara and Allison posing for pictures after a particularly good lesson. 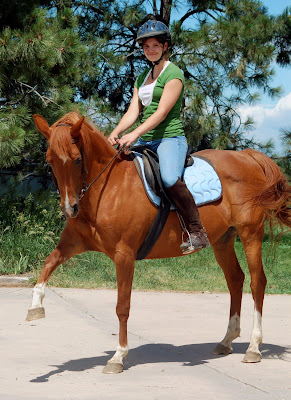 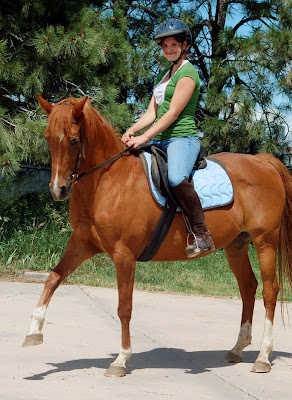 but once she got started she couldn't seem to stop! 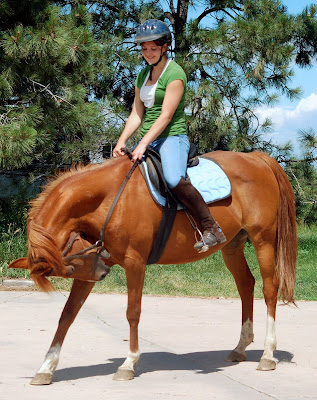 Pets for the good old lady. Allison is the biological mother of Daisy and maternal grand dam of both Iris and Houston. 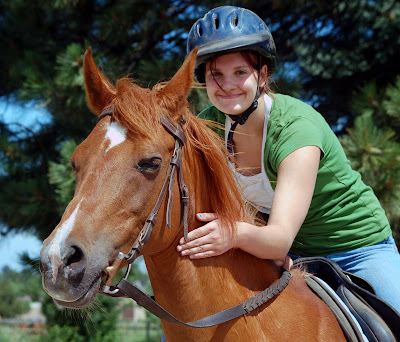 My kids have been riding, too. That's Ryan on Punky (the bay horse) and James on Tyson. James is sitting on Cara's saddle but that's not actually the saddle he rides in! 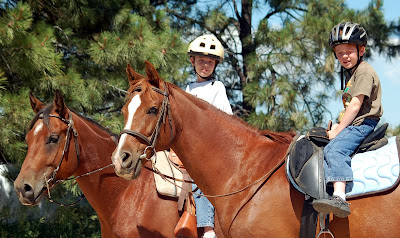 And this is my current favorite summer picture--Ryan and Punky sharing a quiet moment after their ride. 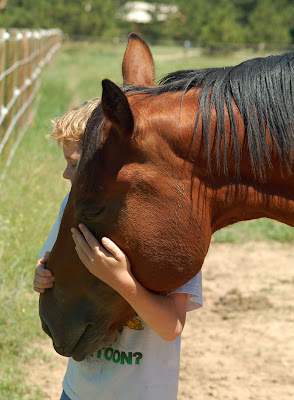 Ahhh! So cute. I still wouldn't call Ryan a true horse lover, but he's definitely a horse liker and that's good enough for me.
Posted by Braymere at 3:58 PM