Of course no visit to the Kentucky Horse Park is complete without a visit to the Hall of Champions. Those of you who lucky enough to attend this year's Breyerfest probably spent a little time hanging out with Cigar, CH Gypsy Supreme, Western Dreamer and Staying Together. Back in 1993 it was an entirely different cast of characters. 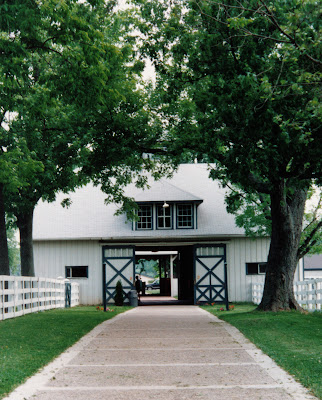 This is Sgt. Pepper Feature, who was the World Champion Quarter Running Horse of 1982. 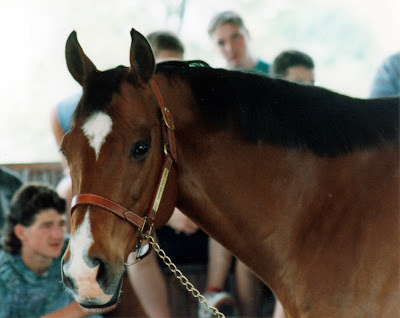 Rambling Willie was was a bay Standarbred pacer who won a record 128 races and more than two million dollars in prize money. 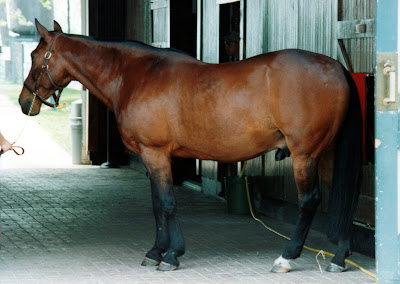 Doesn't he have the cutest face? 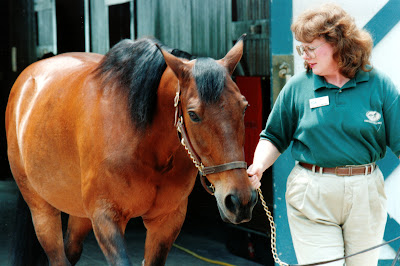 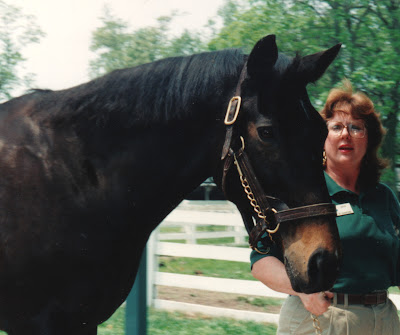 He was a Kentucky-bred Thoroughbred who earned eight Eclipse Awards--including Horse of the Year three times--during his six year career. 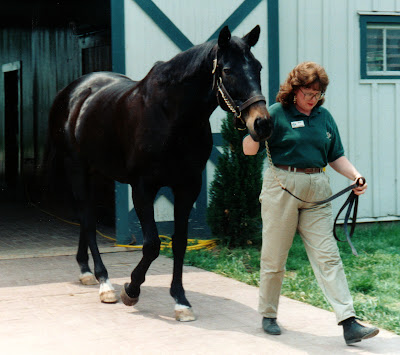 Last but not least is my old friend John Henry. 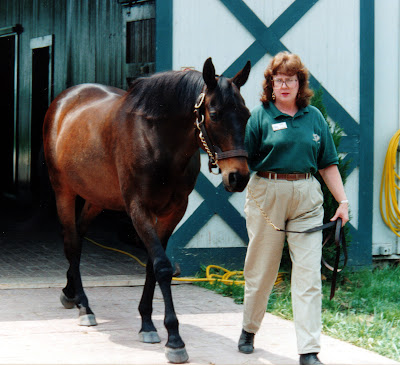 I was fortunate enough to see John Henry race several times and have posted some of my other pictures of him here: http://braymere.blogspot.com/2008/10/john-henry.html 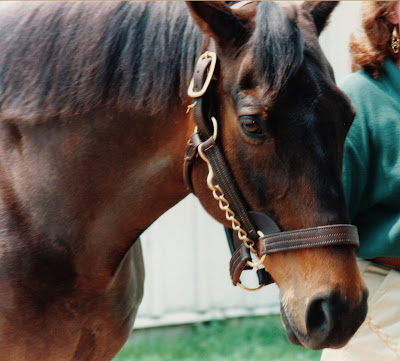 I have a really good guest blogger post set for tomorrow so be sure to check back then!
Posted by Braymere at 9:27 AM