No wonder I'm tired! I just totalled up my saddle and harness output for the year and it's pretty impressive. I may not be the best tack maker working in the hobby right now, but I'm probably the most prolific. 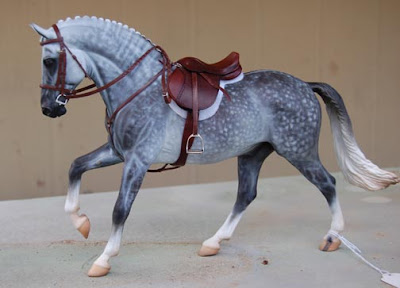 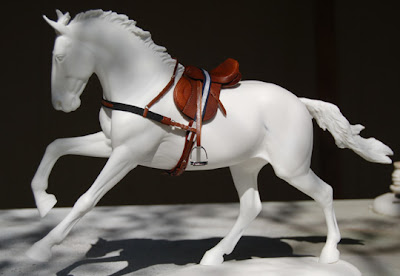 I also made four complete racing sets, four harnesses (one pleasure, two fine, one marathon) and four packing sets. I did not count up bridles, halters, boots, breastcollars and various other accessories, but there were a lot of them! 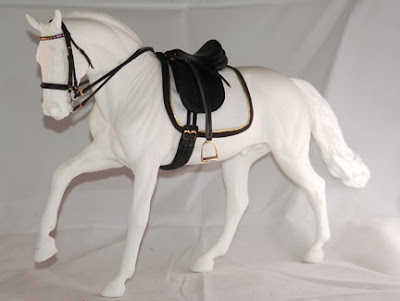 And finally, here's the statistic that impresses my mother the most: In 2008, my tack went to hobbyists in six countries--the US, Canada, Germany, the Netherlands, Australia and Ireland. I bet she never saw that coming when she bought me my first Breyer all those years ago!
Posted by Braymere at 9:20 AM