If you've ever attended BreyerWest, you've probably attempted to paint a stablemate using Breyer's cheap acrylic paints and floppy brushes. It is a challenge to put it mildly, but every year at least one or two A-list artists sit down and show us how it's done. 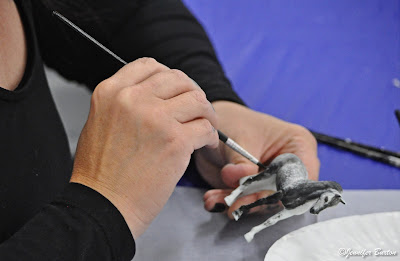 This year, the BreyerWest powers that be decided to turn this phenomenon into an actual contest. On Sunday, everyone who wanted to participate was given a blank stablemate, craft paint, a cheap paintbrush and ninety minutes to paint a masterpiece. 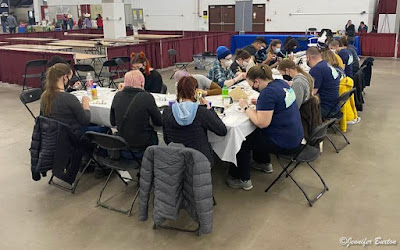 The silence in the BreyerWest area was intense. 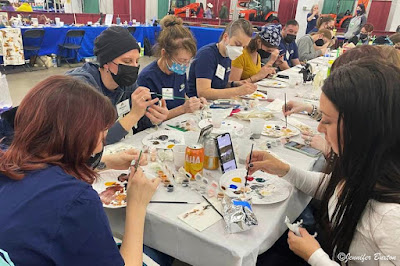 There was no joking or trash talk. 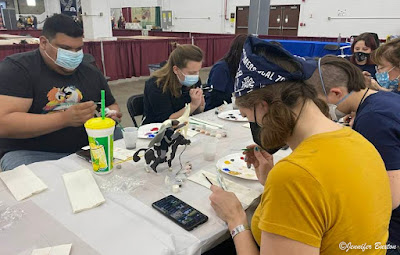 Just a lot of heads bent over their horses in quiet concentration. 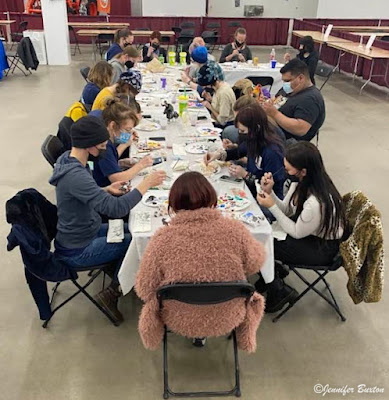 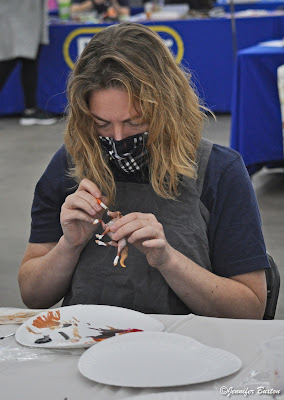 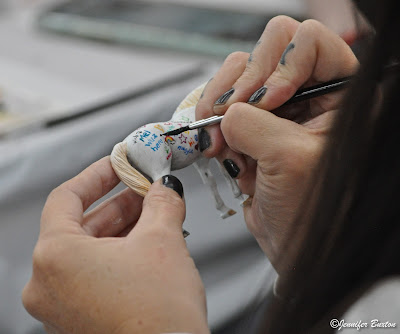 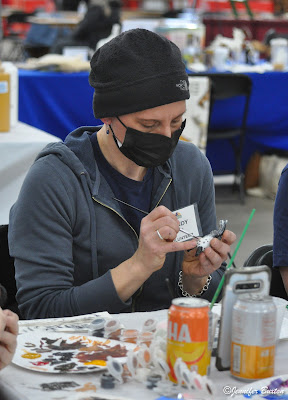 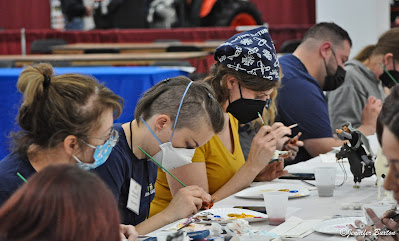 When the ninety minutes were up, the artists were asked to put down their paintbrushes and bring their models to the judging table. 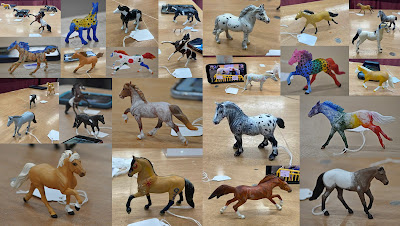 Lots of pictures were taken. 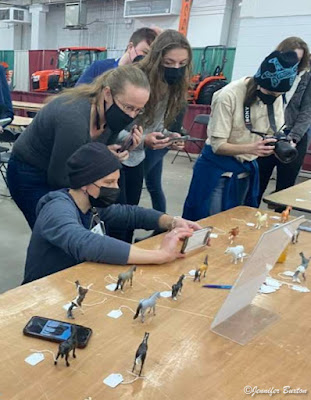 Then the winners were announced. Kenzie Williamson's grullo won the realistic color section, Christine Jordan's rainbow won the decorator section and Kylee Parks' painted horse was the Judges' Choice.
Congratulations to not just the winners, but to everyone who participated. That was a great competition, and every single one of your horses turned out fabulous!