Yesterday's posts made me feel nostalgic, not for BreyerFest, which I have never attended, but for the Kentucky Horse Park itself. In the years between 1992 and 1995, I was a frequent visitor to the Park, attending as many as six week-long horse shows there each year with the mobile tack shop for which I worked. 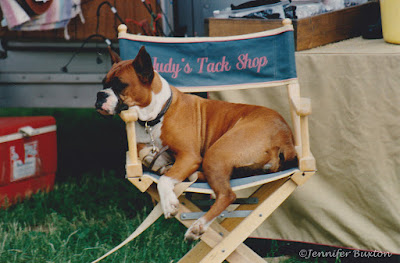 We set up alongside the main hunter ring, so most of KHP photos were taken from just in front of the store. 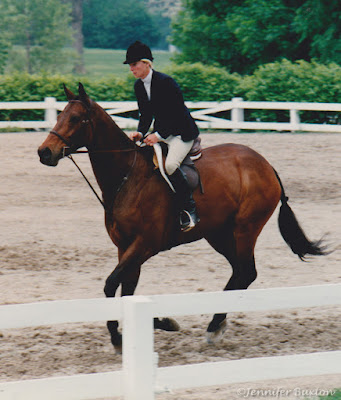 My most common subject was my boss, Judy, with her two Amateur Owner hunters. 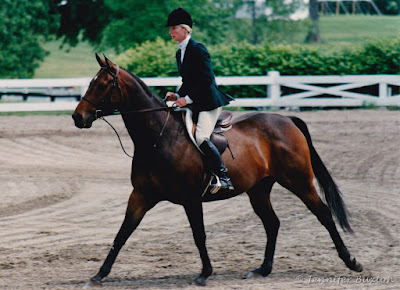 This is my beloved little CC (Getaway)... 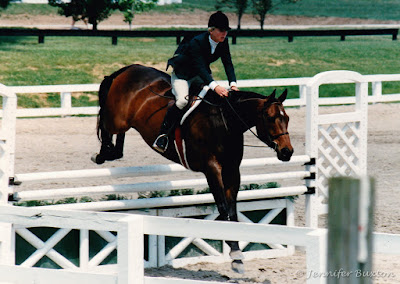 and this is big, talented Woody (Asbury Way). 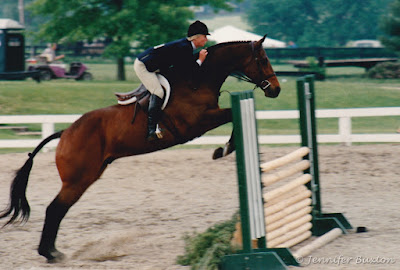 Because these were big, competitive shows, I was able to photograph many of the fanciest hunters of the era. This included Ellen Van Dyke's Scot To Do, who was, at the time, the most expensive hunter on record. 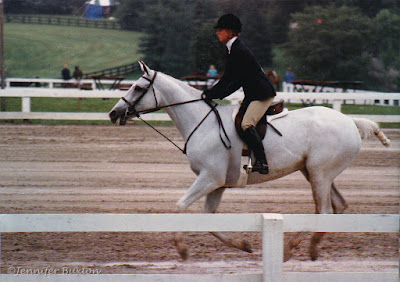 The Lindner's Smoking Gun was another high dollar horse. He was also one of my very favorites because buckskin! 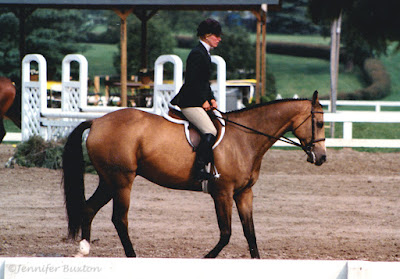 This is All the Gold, 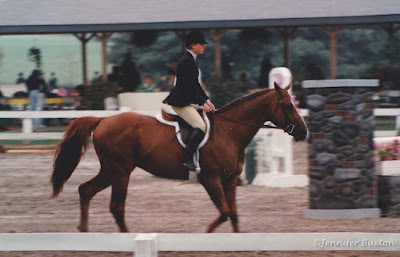 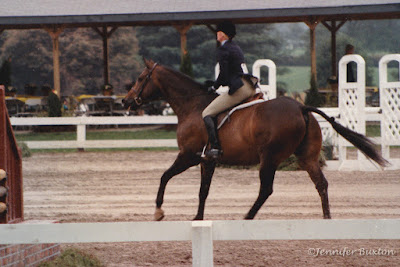 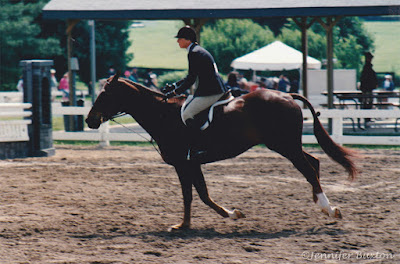 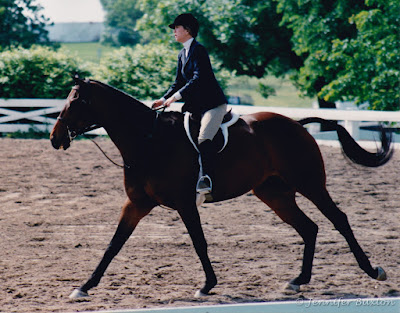 and Adella Thompson and Better Invitation. I really liked this horse's name and used it for one of my models. 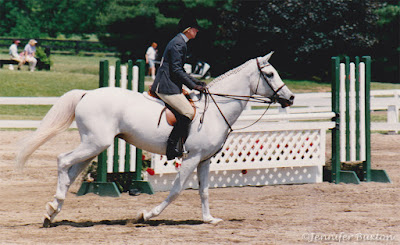 The Kentucky shows were always busy, but occasionally I managed to find the time to wander down to the jumper ring and take a few pictures. 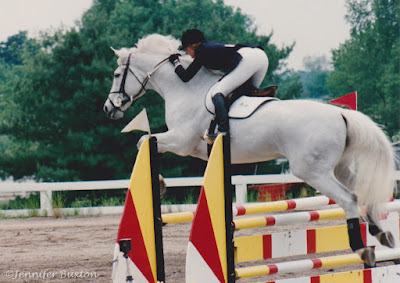 This is my friend, Leigh York, on Montana... 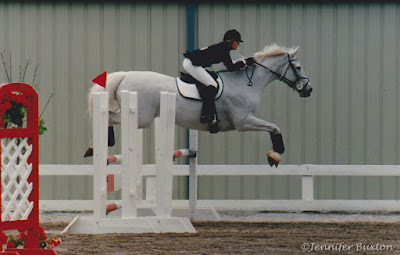 and this is another friend, Tracey Forsythe, on Homer (Homeward Bound). 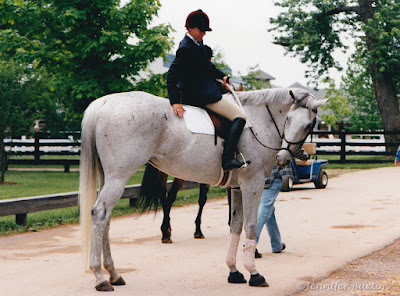 Although I was there for the Hunter/Jumper show, there were often other events taking place in different parts of the Park. I tried to photograph these, too, but sadly, there was no film in the camera on the day of the steeplechase. I did a little better on the day of the three day event... 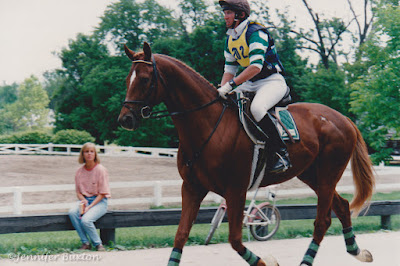 and the dressage competition. 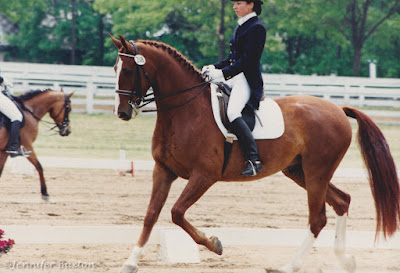 At the end of the day, I'd sometimes wander into the non-show part of the Park and visit the Hall of Champions horses before heading back to my hotel. This is Sgt. Pepper Feature, who was the World Champion Quarter Running Horse of 1982. 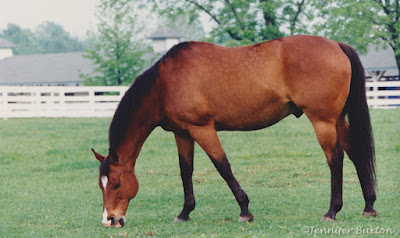 And this lovely boy is the great John Henry. I was fortunate enough to see him race several times at Santa Anita, so it was real treat to renew our acquaintance during his retirement. 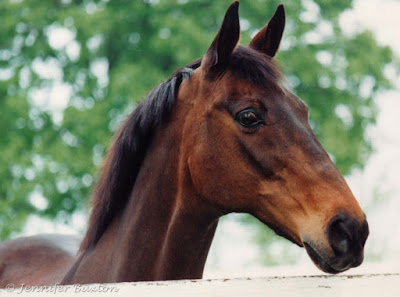 More than anywhere else, except maybe Ocala, Florida, I loved attending shows at the Kentucky Horse Park. I would love to return someday. Perhaps maybe even next year for BreyerFest? We'll see...
Posted by Braymere at 3:18 PM