About six months ago, I was contacted by a representative of Reeves International and asked to make a Royal Canadian Mounted Police tack set for the cover of their annual Just About Horses publication. What an honor! I agreed immediately and went to work. 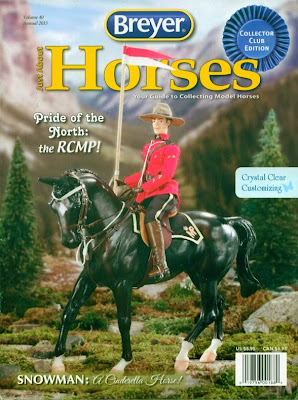 The model for this project was Big Ben, who has a somewhat unique head shape. I knew it would be a challenge to make a double bridle that fit him properly so I decided to work on that first.

Surprisingly, I encountered a considerable amount of difficulty while researching RCMP tack online. Images abound, but most of them are copyrighted and right click protected. I know there are ways to get around that, but I am not comfortable stealing other people's intellectual property. In the end, I decided to go "old school." Instead of working from specific photos, I used many different pictures to draw out my own plans. 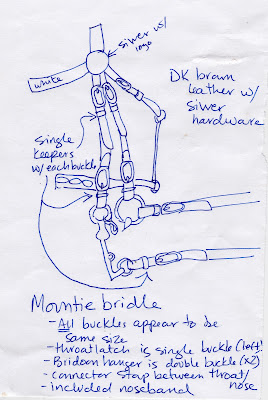 The resulting bridle looks pretty busy off the horse... 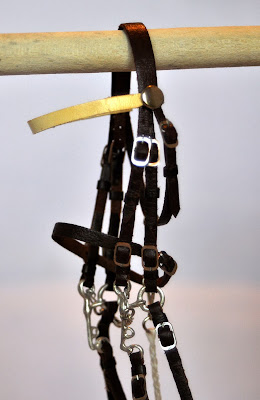 but quite elegant when buckled in place! 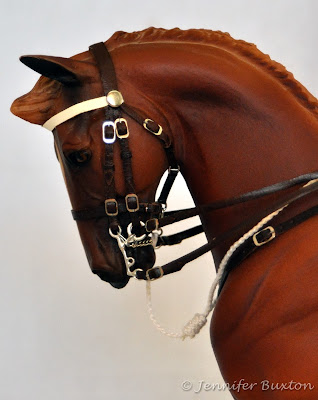 The next piece was the breastplate. This was pretty straightforward... 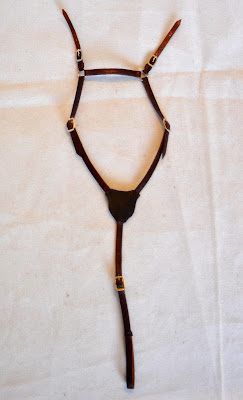 except for the center medallion. It took me several tries to get that right, but eventually my efforts were rewarded with a realistically shaped decoration made from lightweight metal. 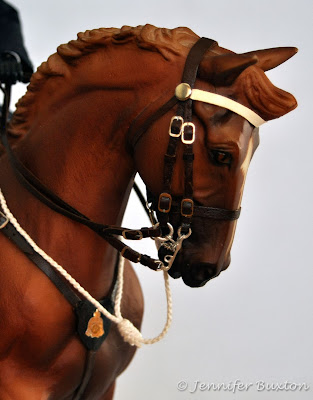 The saddles used by the Royal Canadian Mounted Police are made exclusively by Stubben. I've made miniature Stubbens before, so it wasn't terribly difficult to alter the Siegfried pattern to look more like a Kanada. 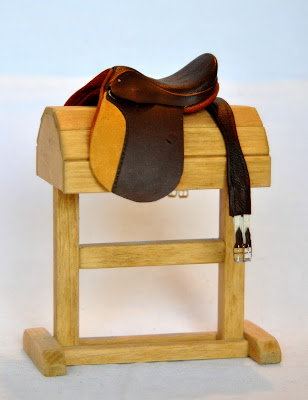 At this point, you would think all the hard work was behind me. However, I still had two problem pieces to figure out--the lance and the saddle blanket. 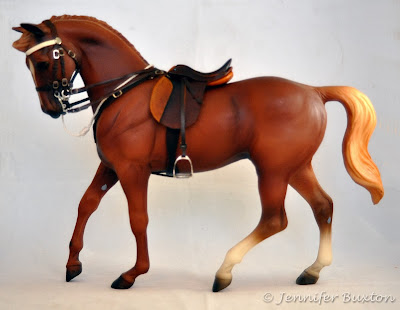 Fortunately, I was able to find some very good specs for the lance on line. I carefully carved it from a bamboo skewer and dipped the ends in chrome paint. The flags were made from some lightweight cotton cloth I bought at the fabric store. 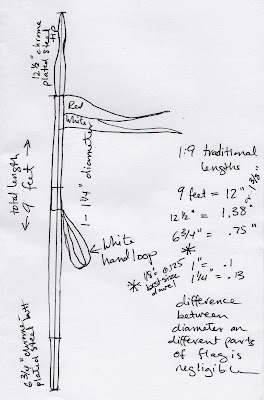 I know it doesn't look like much, but it too me two full days to make this! 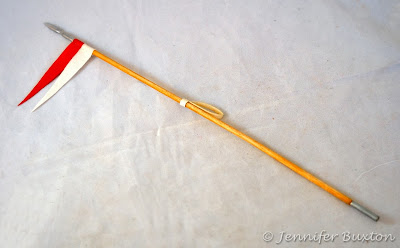 The lance holder doesn't show in the Just About Horses photograph, but it may be my favorite part of the entire set. Like its real life counterpart, it's not permanently attached to the stirrup iron. Instead, it slides over and buckles around the stirrup. 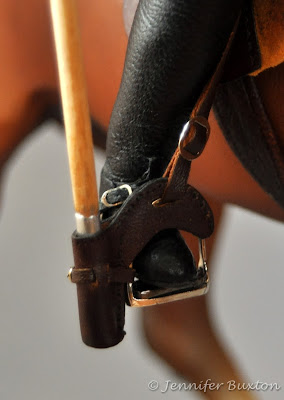 I didn't have a Mountie doll to play with, so my gentleman hunter rider stood in for most of the mounted photo shoots! 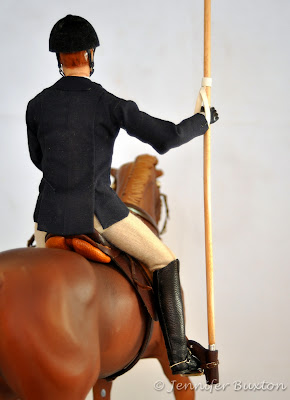 And finally--we get to the saddle blanket. Somewhere along the way, it occurred to me that the only way this set would look right was if the rider's breeches and saddle blanket matched exactly. I contacted Anne Field, who was responsible for the doll, and begged and pleaded her to also make the pad. Happily for me, she was more than willing to help out. I sent her the following specs, and she did an outstanding job bringing my vision to life! 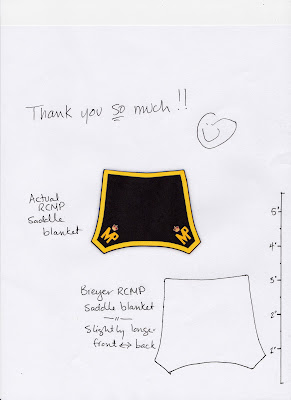 Thank you so much to the good people at Reeves International for entrusting me with this tack order. I am truly honored to have my work featured on the cover of their yearly publication. I can hardly wait to receive my copy in the mail!
Posted by Braymere at 1:57 PM