If you're expecting some big dramatic accident story, this is going to be very anticlimactic.  Saturday's ride started off completely normal.  I climbed aboard, and we spent several minutes warming up at a walk on a long rein. 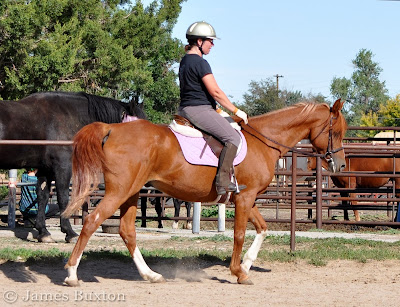 We moved into a trot, and he was his usual lively self. 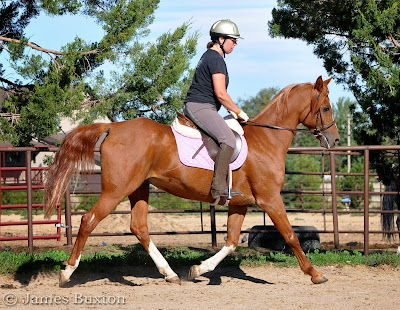 However, he settled nicely, 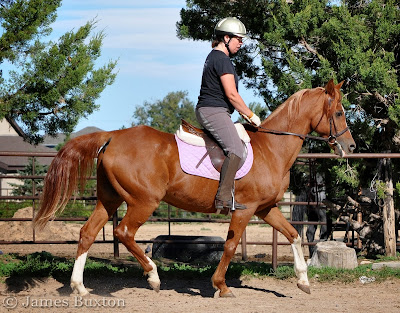 and we did a little work on baby extensions... 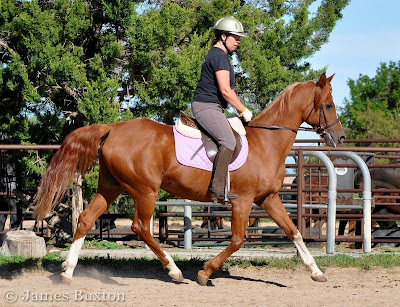 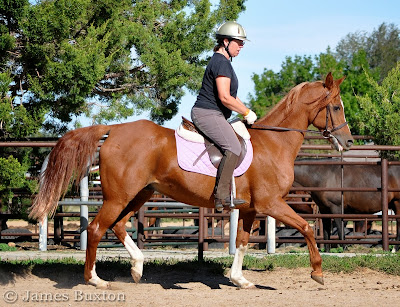 We stepped up into the canter, and he continued to be fine so I got off and built a little tiny jump. 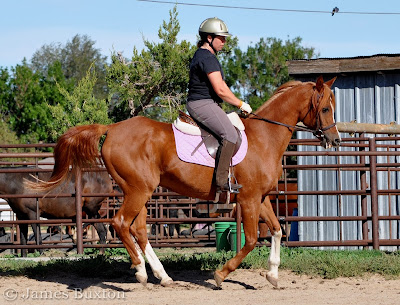 Although he's not terribly talented, Rev likes to jump. 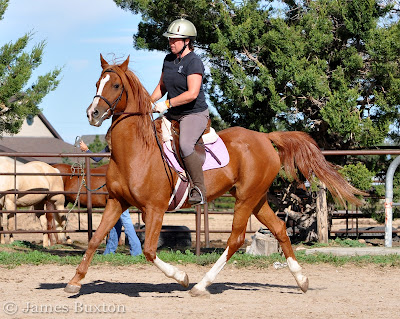 His biggest issue is that he tends to take off from too far back... 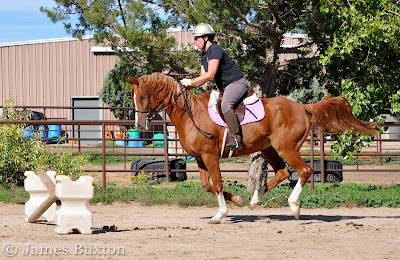 and launch himself at the fence. 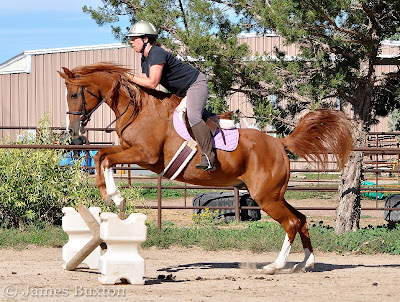 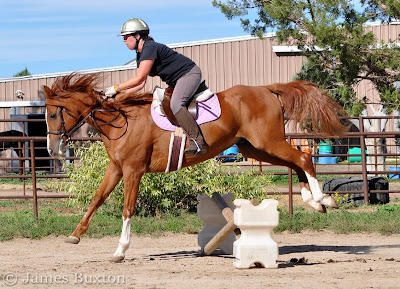 Because the jumps are dinky, this usually works out ok. 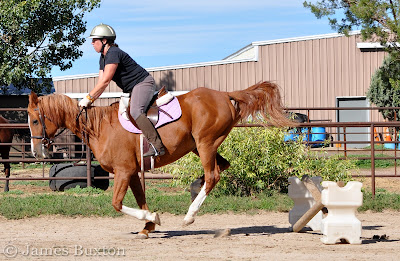 However, I've been really working at keeping him quiet and steady all the way to the base of the jump.  For the first five or six fences Saturday, he did exactly that--trotted to the base and popped over quietly.  No long distances, no yee haw moments at all.

And then...  we did it one more time and he was too quiet.  He barely jumped up at all and hit the rail.  Instead of falling straight down, he pushed it forward in front of his legs.  He tripped over it, and we both went down.  I fell over his right shoulder onto my left collarbone.  He rolled over to the the right and on top of my left leg.  It seemed as if he stayed there forever, but probably it was just a few seconds.  Then, he got up and trotted off, and I staggered to my feet and announced, "I'm ok."

And that's all there is.  Basically, Rev tripped over a tiny little trot fence and rolled on top of me.  It's not much of a story.

Thankfully, Tiffany is working on a mountain lion saga.  When it's done, I'll have a much better story to tell people!
Posted by Braymere at 4:23 PM