Ryan reconnected with his elementary school girlfriend last spring, and they have been together ever since. Early on - before I'd even met her - I asked him if Sarah likes horses. He made a pained face, and said, no she does not. She thinks they're too big and too scary, and she doesn't want to have anything to do with them.

Not long after that, I saw this meme on Facebook. I immediately saved it and sent it to Ryan. Unbeknownst to me, he was sitting right next to her when he got it. He showed it to her, and that could have been bad, but it turns out Sarah has a good sense of humor. Instead of being offended, she said, "Damn, she got me." 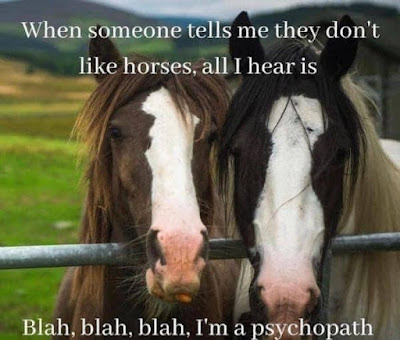 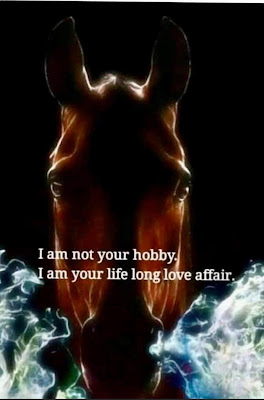 Since then we have built a relationship largely on sending each other horse memes. 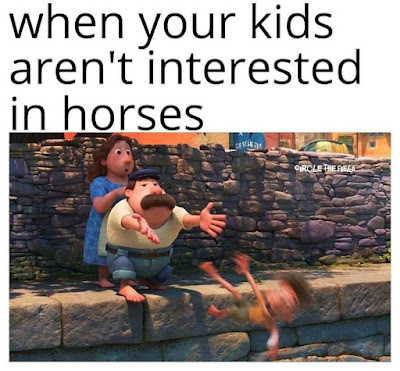 The weirder, the better. 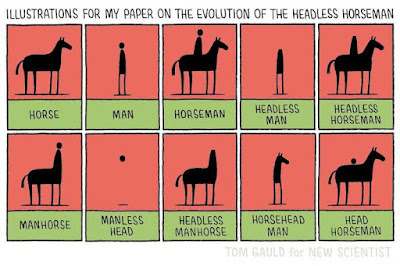 I still don't get this one. 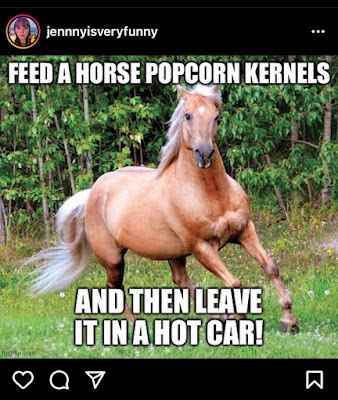 This week, we transitioned from memes to Olive photos. 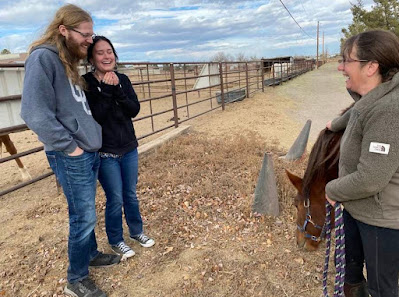 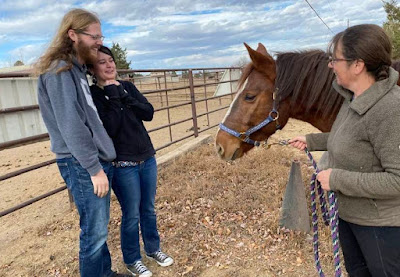 Olive was good, Sarah was brave and I haven't laughed that hard in a long time. 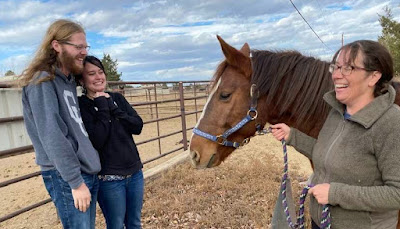 Thank you for coming out to meet my little pony, Sarah. You may not be a horse girl, but I still like you!
Posted by Braymere at 3:47 PM