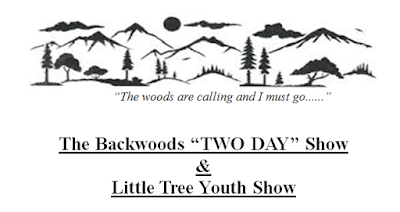 Heather and I had originally planned to get a hotel in nearby Woodland Park and make a weekend of it. However, as show day drew near, that plan went by the wayside. Heather had another, more pressing commitment on Sunday, and I was in the depths of a hobby slump with no interest in showing at all.

Fortunately, Heather was having none of that, so on Saturday morning we got up in the predawn light and drove... 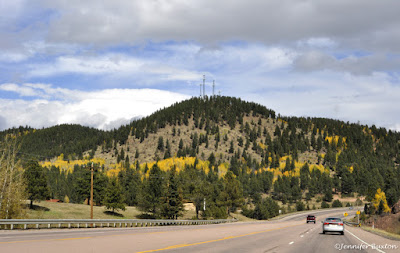 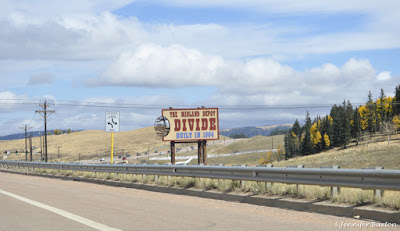 and the Pikes Peak Community Center. 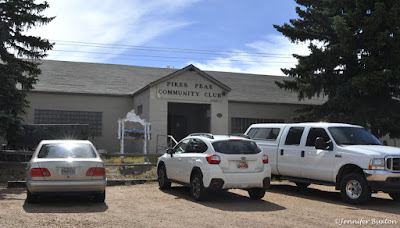 We found a table next to Fabian and unpacked our horses. 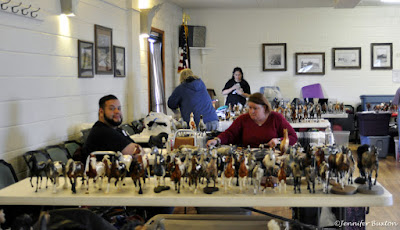 Heather has some really fabulous horses. 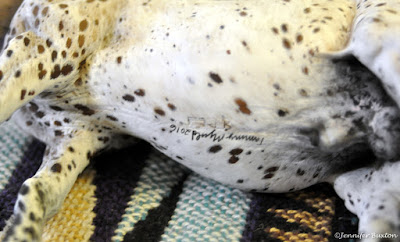 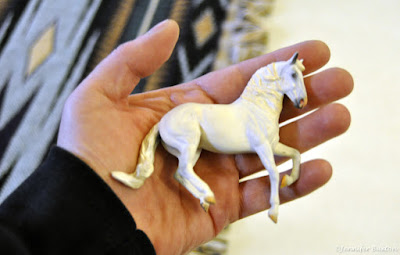 I brought an all-Buxton show string for the Amateur Artist Workmanship division. 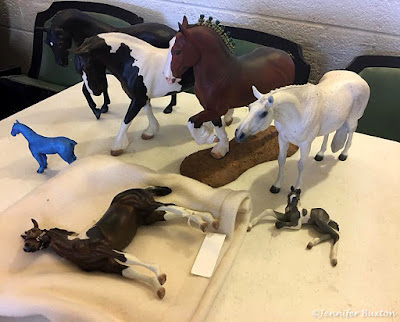 I did show in those same horses in the regular Artist Resin and Custom classes... 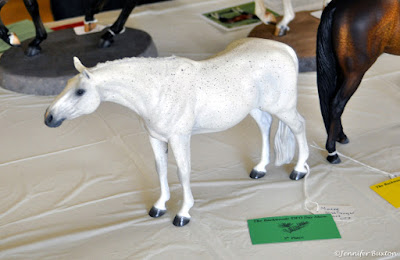 but they only managed to pick up a few low ribbons. 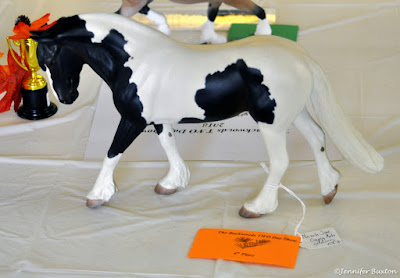 That's okay. I knew things would get better when the Amateur classes rolled around. 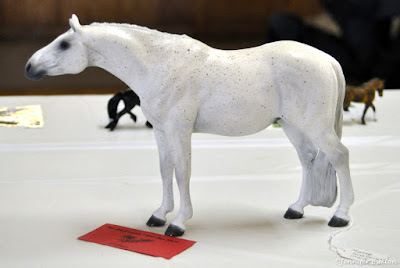 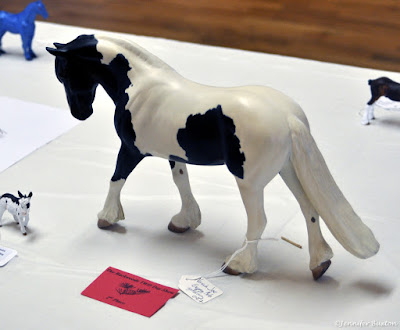 My foals placed sixth and second in the Foal class, 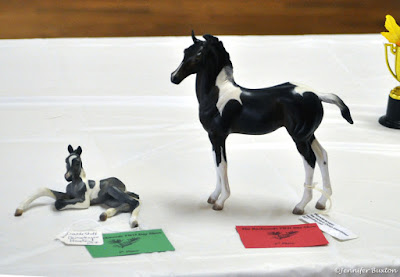 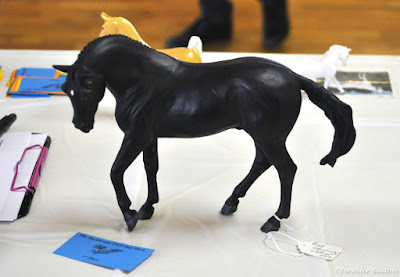 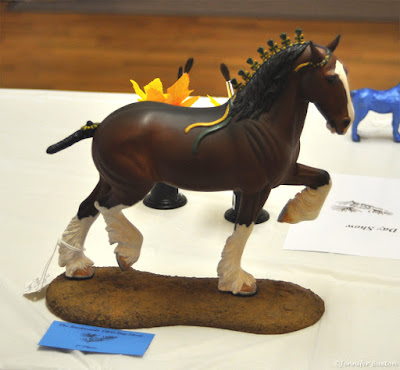 and Ryan's Blue Mustang II was third in the Fantasy class. 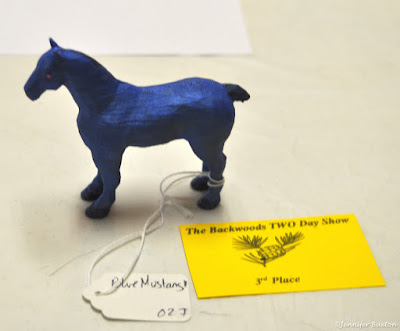 This is the Amateur Artist Champion Callback table. 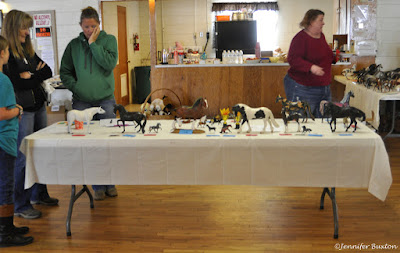 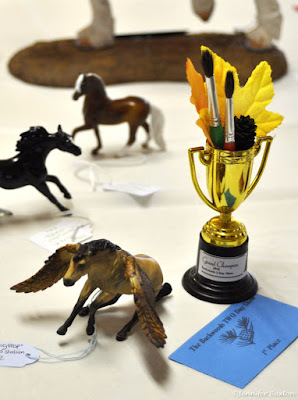 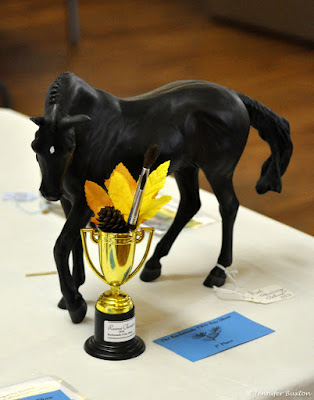 That was a good ending to an enjoyable day. Thank you for not letting me skip this year's Backwoods show, Heather. I really needed that! 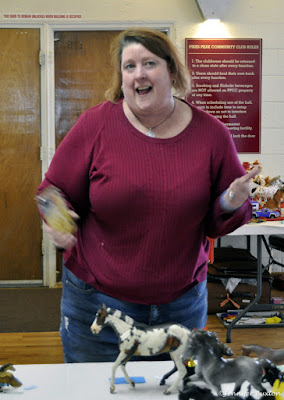 Thank you also to show holder and judge, Amber Schultz. I promise next time I'll try to make it for both days!
Posted by Braymere at 3:44 PM