Have a Gypsy Vanner you want to show in a hunter class?  What about that braided Thoroughbred you'd like to show Western?  Or how do you explain the molded on halter under your arena trail horse's bridle?

Ask these questions to any performance shower, and without exception, the answer will include the words "open show."  Open shows are the model horse performance shower's get out of jail free card.  Almost any scenario, no matter how unlikely, can be explained by those two little words.

By definition, there are no breed restrictions at an open show.  However, the vast majority of the horses showing in the Western Pleasure classes at this year's NWSS Open Show were stock horses. 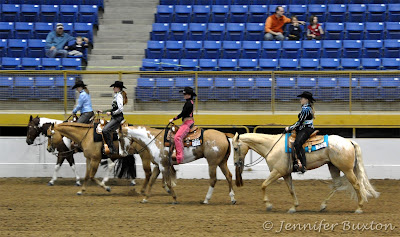 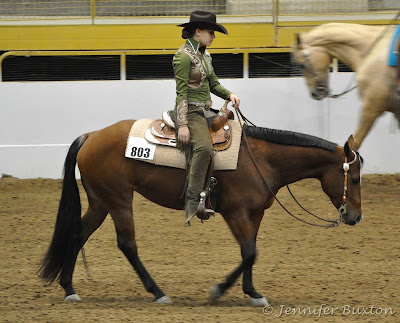 and Paints were by far the most common, 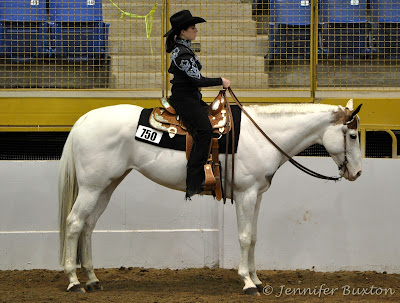 but there were also a couple Appaloosas, 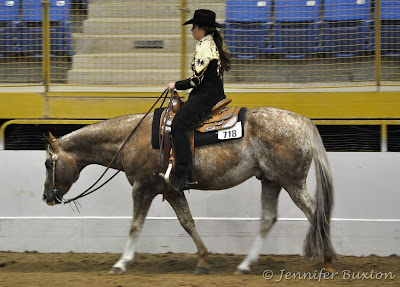 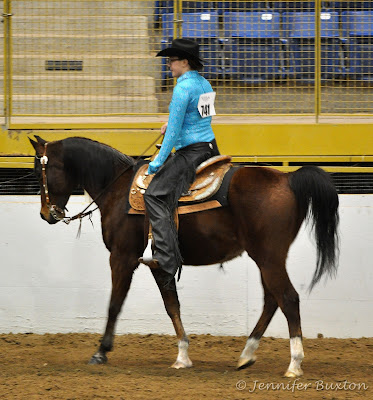 and other light types. 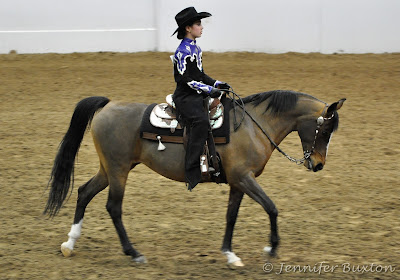 Additionally, there were a small number of generic backyard type horses that defied easy classification. 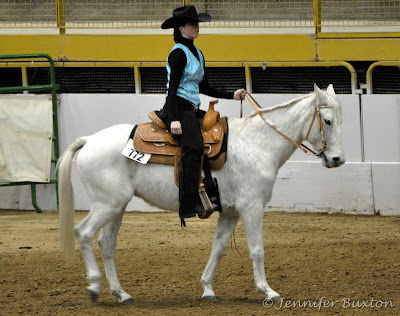 No matter what type of show, all Western Pleasure classes follow a similar format.  The horses compete in a group, on the rail at three gaits--the walk, 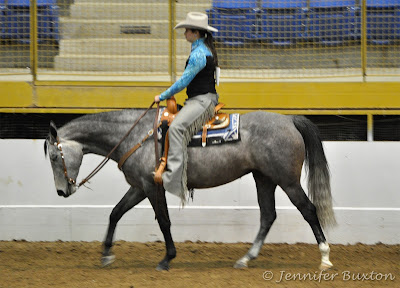 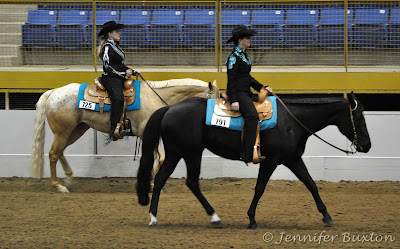 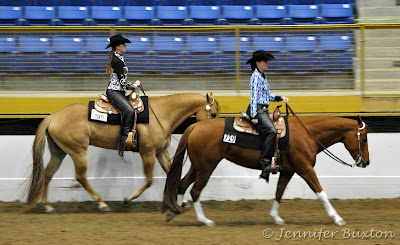 Horses may also be asked to halt... 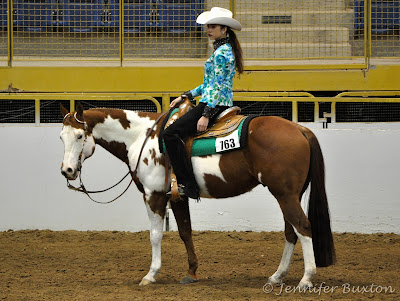 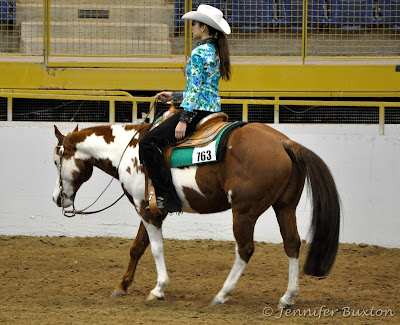 and move out at an extended jog. 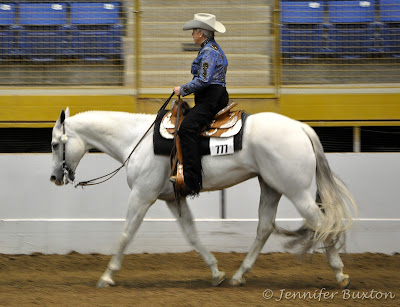 Although many of the horses at this show had level... 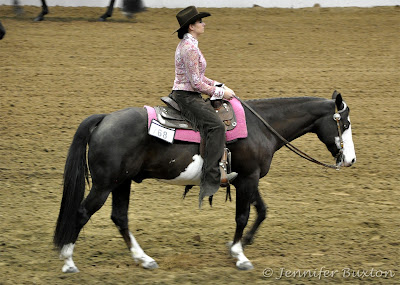 and above level head sets... 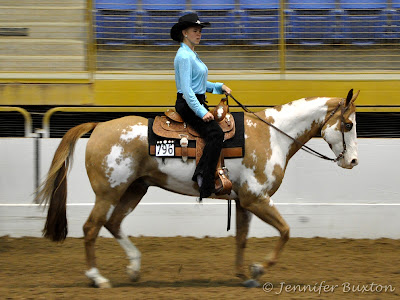 most of the winning horses moved out in a lower frame like this... 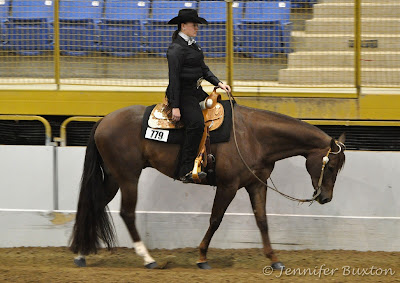 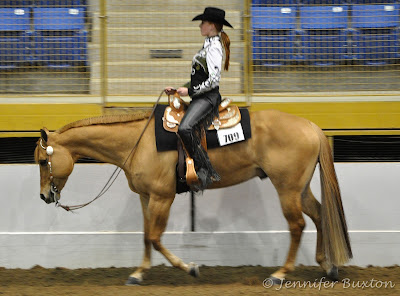 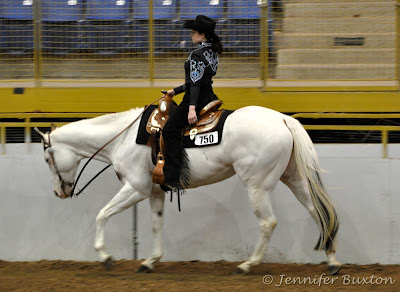 Tack rules tend to be fairly lenient at open shows.  It's not unusual to see horses competing in bosals or snaffles regardless of age, and I've been to shows (not this one) where protective boots were allowed in all classes. 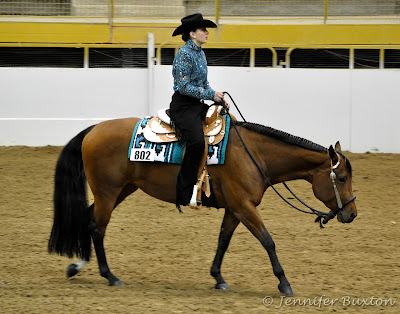 Although most of the horses competing in this division were dressed in silver laden, light oil Western Pleasure tack, all types of Western tack were represented including work type bridles... 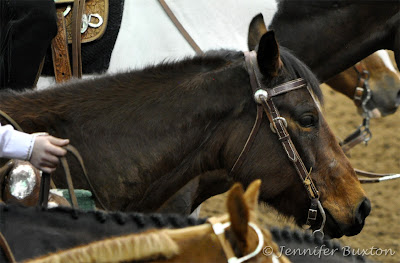 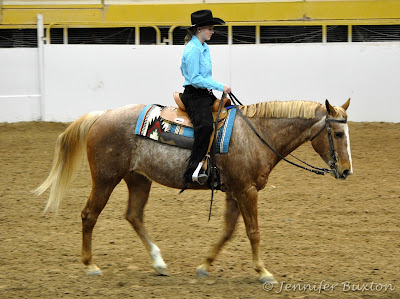 One of my favorite entrants of the day was this chap-less boy who rode his relatively high headed horse in older style dark oil tack.  Despite the decidedly un-trendy turnout, he and his horse performed very well and placed second in a large youth class. 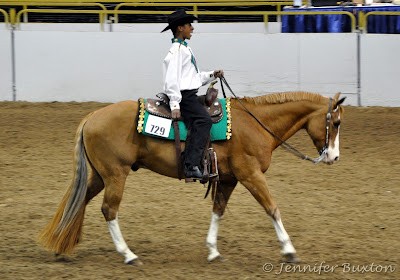 Unfortunately, that was about as diverse as it got in the top placings.  None of the light breed entries I saw placed well, and most of the winners slow moving, low headed stock horses.  This may have been an open show, but it was judged like a Quarter Horse show.  That was kind of disappointing.  I was really hoping to see a silver dapple tovero with sabino roaning Morgan/Clydesdale/Chincoteague cross win a ribbon in Western Pleasure!
Posted by Braymere at 3:56 PM