I know it's just Wednesday morning, but this has already been a week filled with problems for the Buxton family.  Seth has work problems, I have health problems, Ryan has almost-teenage problems, and Emma...  Emma has shoe/sock/underwear eating problems plus she's doing her best to flunk out of beginner dog training school.

The good news is that none of these problems are insurmountable.  However, dealing with so many issues at one time has left me tired and crabby, so I was really, really unhappy yesterday when I discovered yet another one of my photos had been stolen and published by a "professional" Facebook page called Equine Calculator.

It's been several years since the first time I discovered one of my photos used without permission on the internet.  I was researching mule performance classes for Balthazar and I came across this photo on the versatility page of the North American Saddle Mule Association's website. 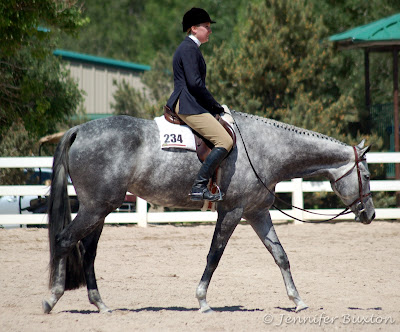 Although I was mildly offended that they'd used it without permission, I was also somewhat flattered.  I did not contact NASMA and ask them to remove the photo, and it doesn't bother me (much) that it's still there.

As my blog grew in popularity, incidences of photo theft became more frequent.  I started seeing my pictures on other people's blogs and websites, usually without credit.  This was annoying, but not terribly so.  Most of the offenders were obviously young and wishful, kids who dreamed of owning the horses and tack in the pictures they'd borrowed.  I know how that feels, so I don't judge too harshly. 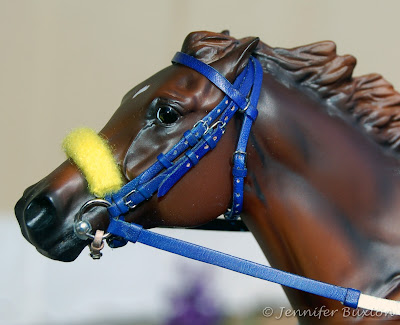 Recently, however, I've been the victim of a completely different type of photo thief, and this one does bother me.  In fact, it bothers me a lot.

There are a number of professional--and I use that term loosely--organizations who routinely post other people's photos on their Facebook pages.  Usually, they do so without permission and without crediting the photographer or linking the photo back to the website from which it was stolen.  Many of these pages have tens of thousands of subscribers, most of whom have no idea all those pretty pictures they like looking at are stolen.

The first experience I had with one of these sites was Equine News Today, who published my picture of the see saw at the Elkhorn Lodge without crediting me, my blog or the Lodge itself.  By the time I saw the photo on my Facebook feed, it had been shared more than five thousand times.  I left a comment indicating the photo was my property and was completely ignored. 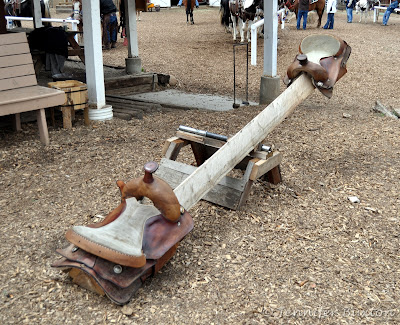 The next offender was Horsetrader.hu.  They not only used my pictures of Tracie's guinea pig Barney without permission, they actually cropped out my watermarks. 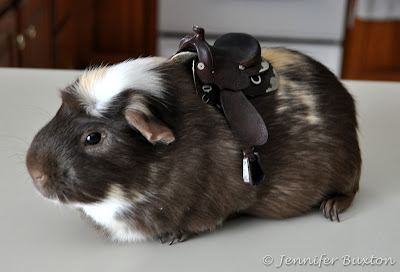 When I called them on their actions, they stated: We get hundreds of pictures from our fans every day.  We cannot check all of them, where they came from or who has the copyright on them.  If you wish, we will delete your picture right away.  The pictures were, in fact, deleted immediately, but I think that response is a cop out.  Professional organizations shouldn't promote themselves with pictures they can't source. 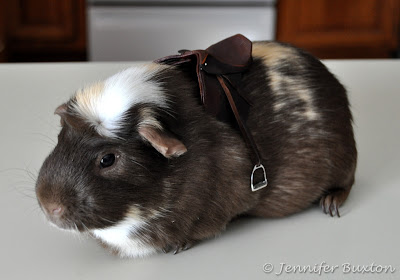 This brings me back to yesterday, when my picture of a barrel racing draft horse showed up on Equine Calculator's Facebook page.  It was brought to my attention almost immediately by another hobbyist.  Once again, there was no photo credit and no link back to my blog.  I immediately tagged it with stolen photo comments, and several other hobbyists followed suit.  Within a couple hours, the photo was removed, and all the people who had made comments as to its origins had commenting their privileges revoked.  Meanwhile, Equine Calculator continues to publish professional quality photos without photographer credits. 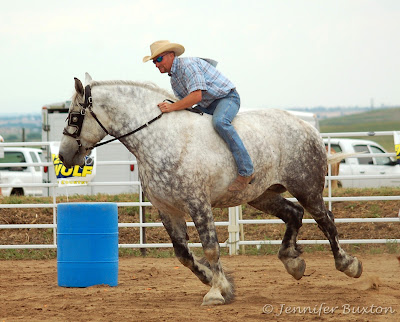 I realize photo theft is not the end of the world.  However, I have grown very weary of protecting my work from this kind of thievery.  Yesterday was a bad day, and the episode with Equine Calculator had me seriously contemplating deleting my blog in its entirety.  Today I realize that's not best solution, but I do feel as if something needs to change.  Image and content warnings on the sidebar and unobtrusive watermarks do not seem to be working.  I hate the thought of placing a watermark in the center of the picture, but that seems to be the path of least resistance...

So, that's my rant for today.  Don't steal other people's copyrighted material, don't post things on Facebook without crediting the source and don't support professional groups who don't know how to act professionally.

Tomorrow, I promise I'll be a lot less crabby.
Posted by Braymere at 9:11 AM