This is what most people think of when they hear the words "plastic saddle." 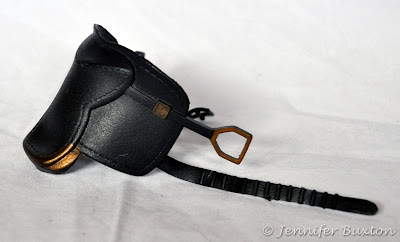 Western saddle historians, however, are likely to picture something entirely different, and that other type of plastic saddlery is the topic of today's post. 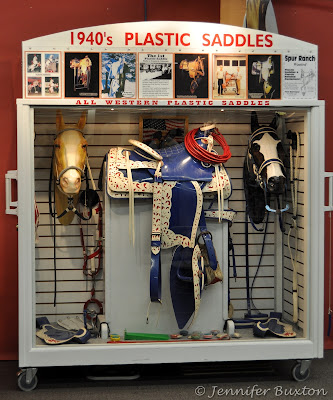 Between the years 1946 and 1949, the All Western Plastic Company built sixty five plastic Western saddles at their factories in Lusk, Wyoming and (later) Scottsbluff, Nebraska.  These saddles were built on a traditional bull hide covered wood tree and featured leather ground seats.  All the remaining saddle pieces were cut from 1/4" sheets of plastic called Geon. 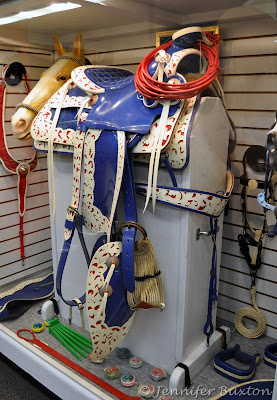 In addition to saddles, the All Western Plastic Company also produced other tack items including bridles, 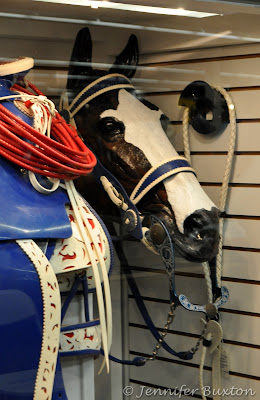 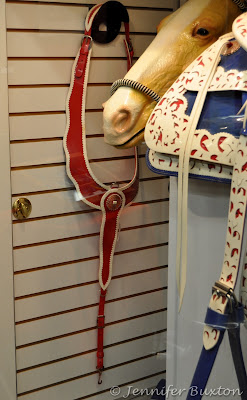 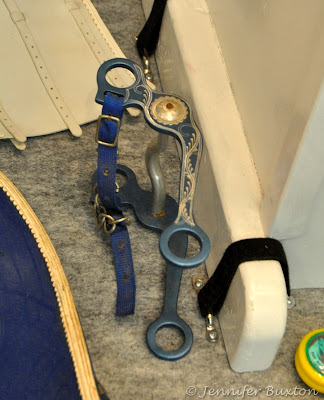 Legendary cowboy, Roy Rogers, was a spokesperson for the saddle company and made many public appearances riding in his flashy saddles.  Unfortunately, that wasn't enough to sway public opinion.  The plastic saddles never  really caught on, and production ceased in 1949. 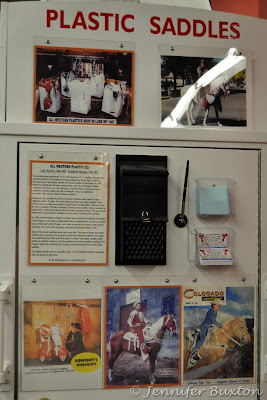 Wyoming rancher, Tom Harrower, is the premier authority on plastic Western saddles.  I had the good fortune to meet him and view his booth at 2012 edition of Brian Lebel's Old West Show & Auction in Denver, Colorado. 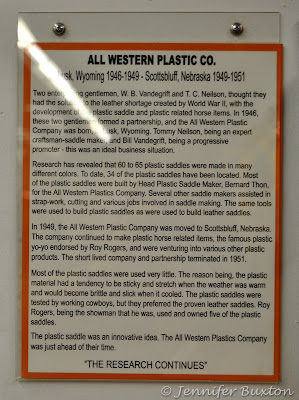 The photos accompanying today's post were taken during that visit. 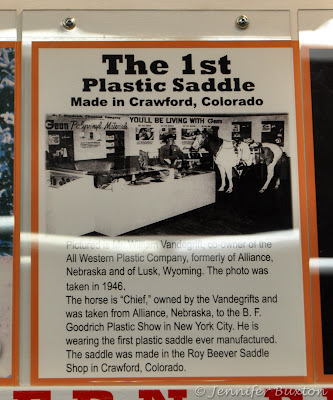 It's worth mentioning that this was not my first brush with full scale plastic saddles.  My boss at Brighton Feed and Saddlery had a most impressive saddle collection which included two made by the All Western Plastics Company.  If memory serves correctly, the saddle in this picture used to sit right behind my desk. 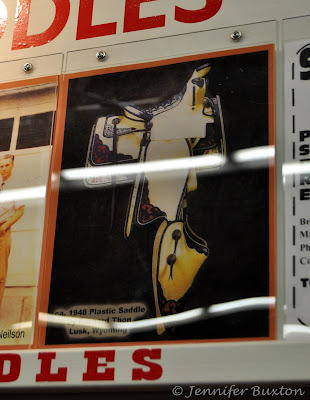 Tom is working on a book about the history of the All Western Plastics Company and plastic saddlery.  Anyone with information about these saddles is asked to get in touch with him. 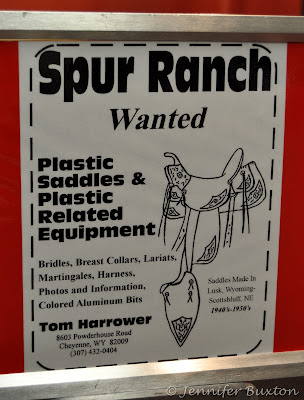 More information about the All Western Plastics Company can be found on the Niabrara County Library website.  Be sure to check out the link section for more pictures of these unique saddles!
Posted by Braymere at 11:57 AM