NaMoPaiMo in the show ring

The NaMoPaiMo Class of 2018 is less than two months old, but already they are making their presence known in show rings across the country.
There were no less than three NaMoPaiMo graduates at Halfway Live in Fremont, Nebraska. Kiersten Schmieding's Galaxy Quest took third in the Welsh (Including Cobs) Class... 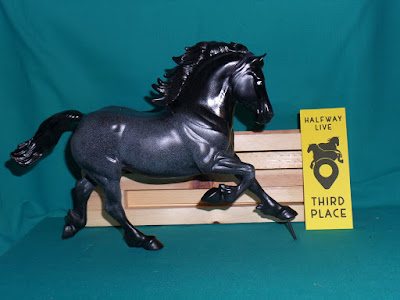 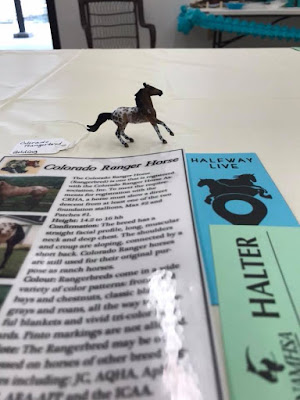 Audrey Dixon took her 2018 NaMoPaiMo horse, Lokkadís, to Save The Tigers in Hilliard, Ohio. She placed first in Breed, second in workmanship and won section champion in breed. 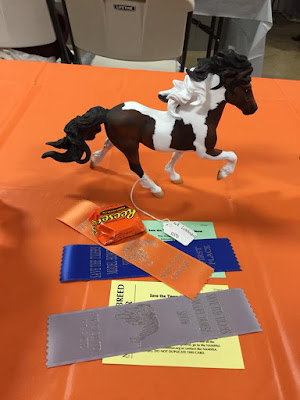 That's impressive, but Audrey's 2017 NaMoPaiMo Horse, Dark Sally, did even better at Save the Rhinos, which was also held in Hilliard, Ohio. She won her breed class and went on to be Overall Custom Champion. Great job, Audrey! 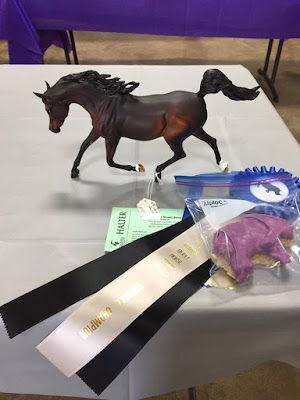 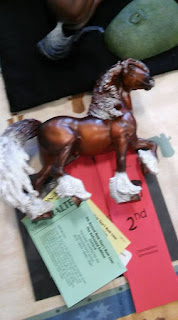 At the same show, Angie McPherson's big buttermilk buckskin won both first and breed and third in workmanship. 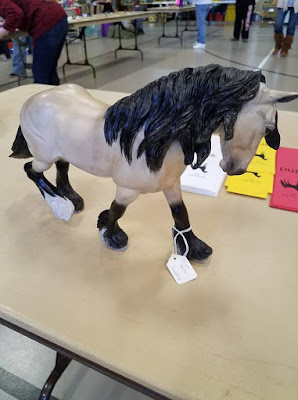 Maggie Garlock painted several horses during NaMoPaiMo, all of which were shown at the Sea to Bay Show in Pocomoke City, Maryland. From left to right are Bey Sara, Change of Shift, and Fly Eagle Fly. 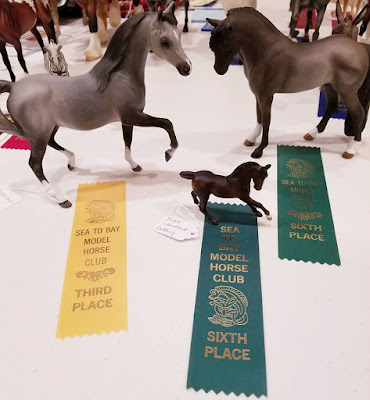 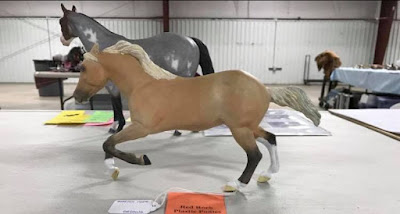 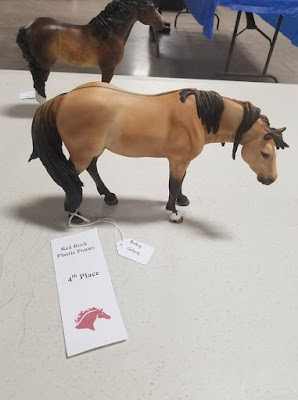 Jacen Tooley also showed at Red Rock Plastic Ponies. Her first-ever custom, All That Glitters, won both her breed and workmanship classes and a sectional championship. Woo hoo! 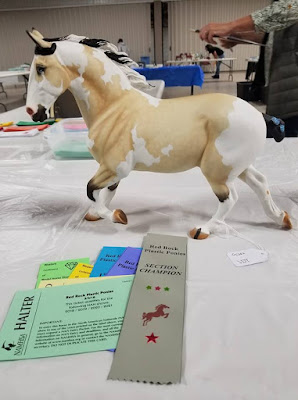 Four NaMoPaiMo horses competed in both the performance...
and halter rings at the GLC No Frills March Show in Huntley, Illinois.
Lindsay Diamond's VAF Running On Empty won her breed class... 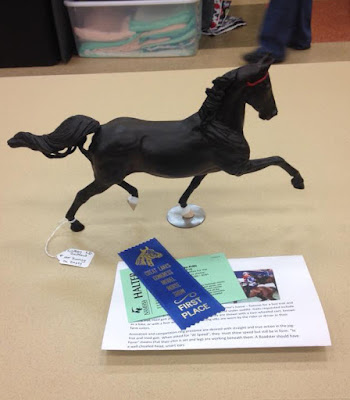 as did DeeAnn Kjelshus's The Little General. 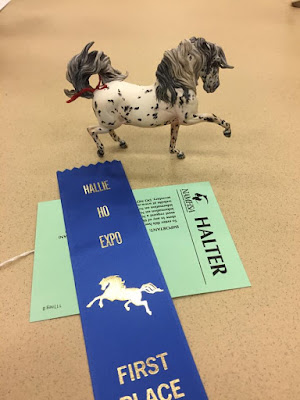 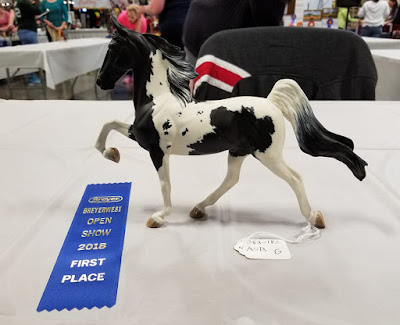 and Shana Bobbitt's Smarty both won their breed classes 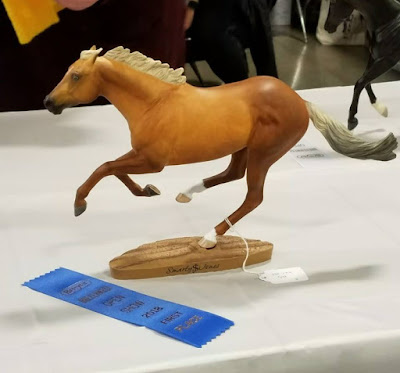 and Gail Hildebrand 2017 NaMoPaiMo horse (now owned by Heather Visser) was the Reserve Champion in the English Performance Section. 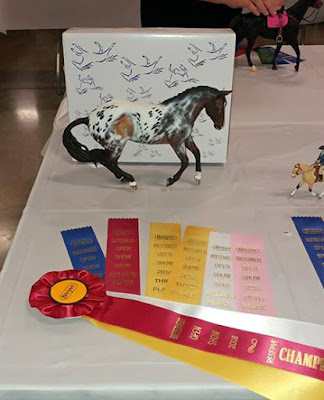 The biggest winner, at least in terms of ribbons, is Lisa Smalley's  The Horse Who Does Not Want To Be Painted. Officially known as Foxy After Midnight, this Knightly Cadence resin was Champion Other Performance and Reserve Champion English Performance at SNEWRU/Southern New England Winter Round Up... 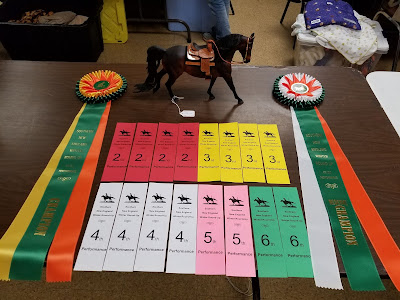 and Champion AR/CM Other Western division, and Reserve Champion Open Ranch Horse at MidAtlantic Regionals (MAR), where he also won a NAN card in breed. Congratulations, Lisa. He may not have wanted to be painted, but he definitely wants to be shown! 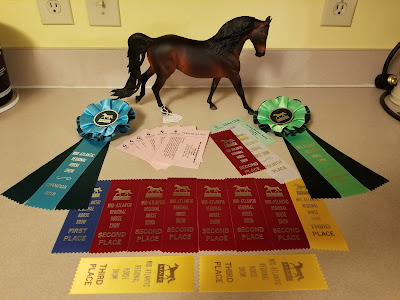