Two NaMoPaiMo horses made their live show debuts at the Willow Tree Live. 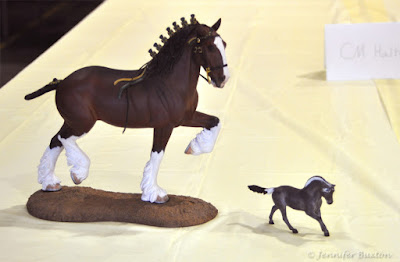 I'm not sure how Fabian's Fjord fared, but my Aggie placed third... in a class of three. Oh well. You can't win them all. 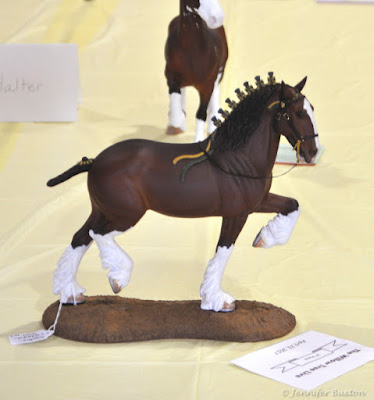 Or maybe you can! Kristen Cermele's Benicio resin won two blues at Butterflies and Bellboots. 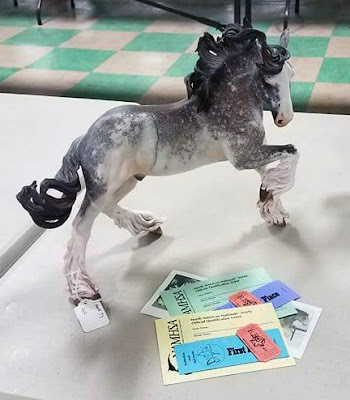 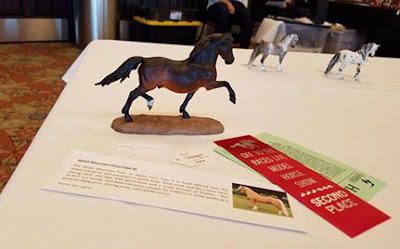 and Sondra Householder's RD Sanguine. Both these little horses placed second in big breed classes containing models of all scales. 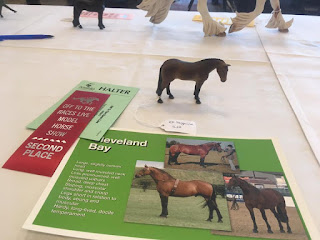 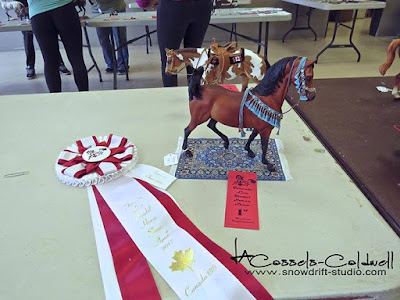 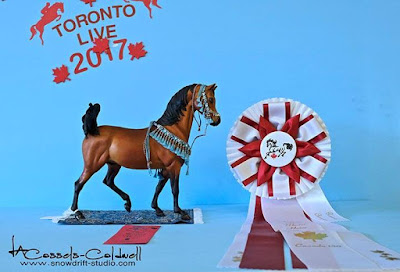 Despite the word "National" in its name, NaMoPaiMo was truly an international event. Here's Sarja von Seefeld's angry pony showing at the Liveshow Franken-Pfeffi-United in (I think!) Germany. 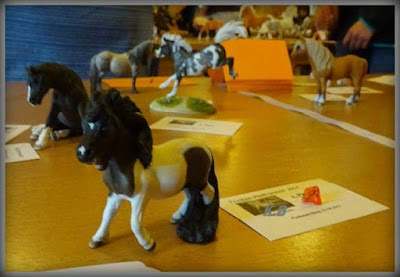 Ondřej Moučka's pony "Kerswell Harlequin" placed second in his class at Moravia Live. Google has failed me, and I'm not sure where this show was held. However, I do know that Ondřej lives in the Czech Republic. 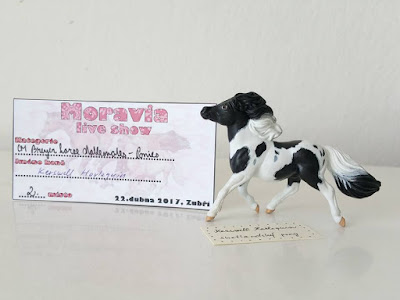 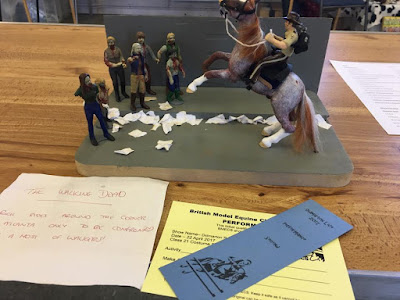 Congratulations again to all the NaMoPaiMo painters. It doesn't matter if your ribbons are red or blue, you're all winners to me!
Posted by Braymere at 10:07 AM