About a year ago, Linda bred Mahaganaska to Awesome Knight. This pairing has produced a number of nice foals, including Kenlyn Gold Standard and Kenlyn Tesla. However, this time Mahaganska failed to settle... at least that's what the vet said when he did a pregnancy check.

And he was right. 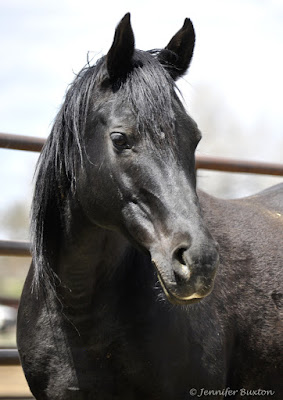 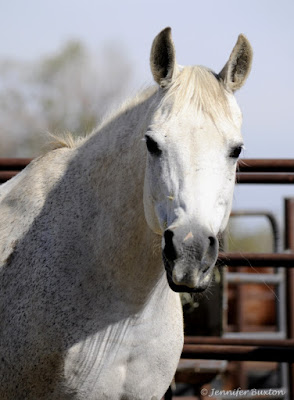 Both mares were living in the same pasture. Fortunataa foaled sometime during the night, and  Mahaganaska, who is the boss mare, stole Fortunataa's baby. When Rene and Jose arrived in the morning, there was a black mare standing over a black foal. They assumed the two went together, and no one questioned that until later in the day. 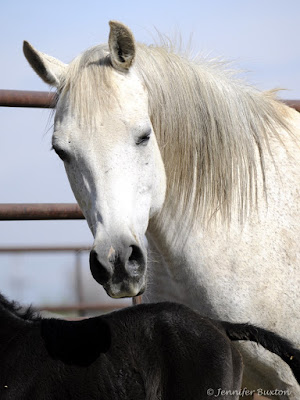 Fortunately, the mix-up has been rectified. 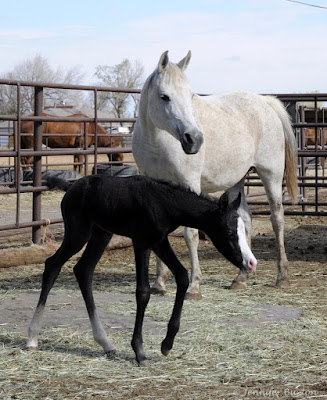 Fortunataa is delighted to have her foal back, and baby is happy to have a mother who can feed him. 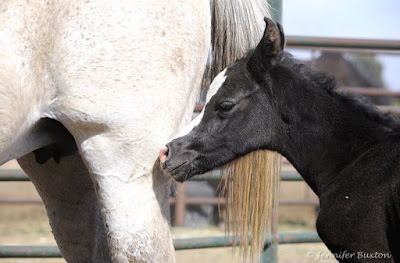 There is some concern for the baby's health because he missed half a day's worth of colostrum, but, fingers crossed, he looks fine so far. 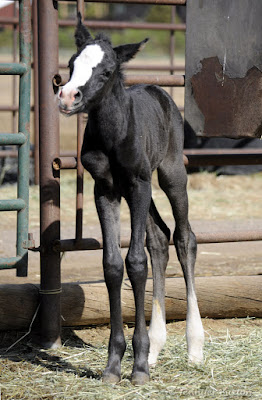 This boy has been one surprise after another! 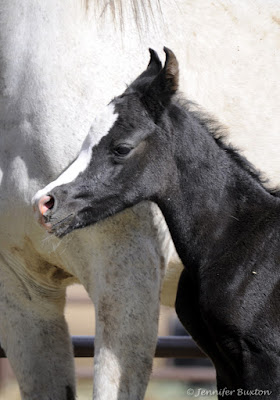 Mahaganaska is back in the field with her the rest of the old broodmares... 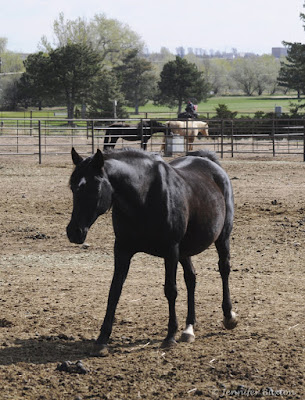 And Fortunataa gets the last laugh. 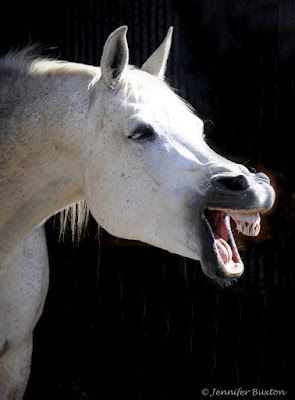 What an exciting couple of days! Here's hoping for the baby's continued good health and no more mama drama!
Posted by Braymere at 11:09 AM