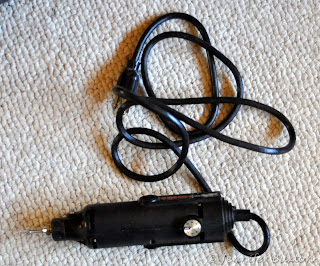 To be fair, I should point out that it was a really old dremel.  My dad gave it to me when I was in college, and I've used it a lot.  It's amazing it lasted as long as it did, so I really do not blame Seth for its long overdue demise.  Despite that, he felt bad about breaking it.  We're still reeling financially from the most recent plumbing extravaganza, so I told him I could do without.  Seth disregarded that, logged onto Craig's List and within a day, my trusty old dremel had been replaced for free.  Yay! 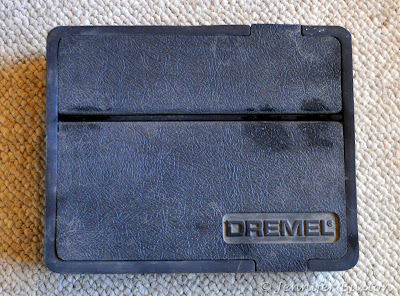 As soon as I'm out of this sling, I can go right back to chopping up plastic horses.  Double yay! 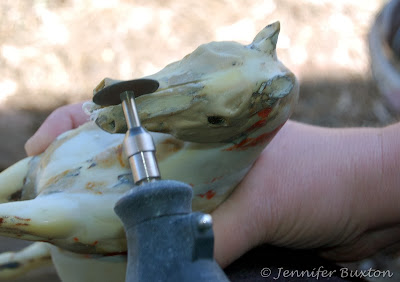 I've always considered dremels to be a tool used exclusively on model horses, but I learned otherwise this past Monday.  My fellow "wounded warrior" Kristina's horse was having his teeth floated that day, so we talked an able bodied friend into driving us to the barn to watch.

Kahlua obviously suffers from the same dental fears that I do, so getting him from his pen to the big barn was a little bit exciting. 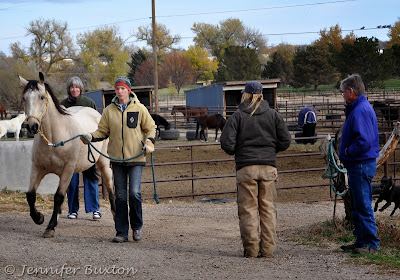 Once the sedative kicked in, however, he was one big, happy, buckskin lump! 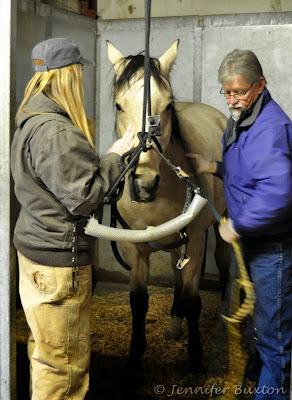 Dr. Mueller and his assistant buckled the speculum into place... 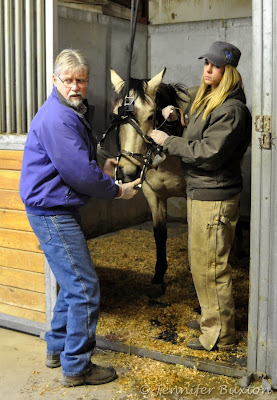 and hung the head sling from the top of the stall door. 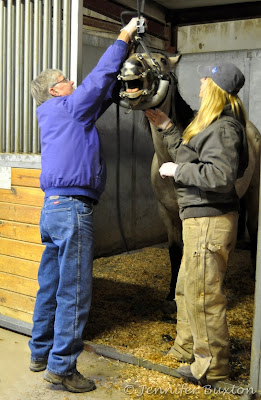 Dr. Mueller did an exam and showed Kristina the problem areas. 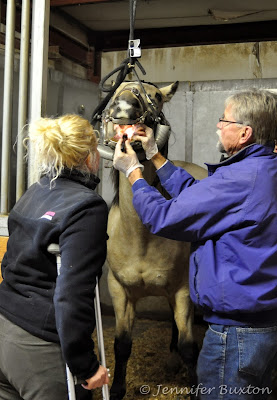 At first Kristina was happy to record the proceedings, 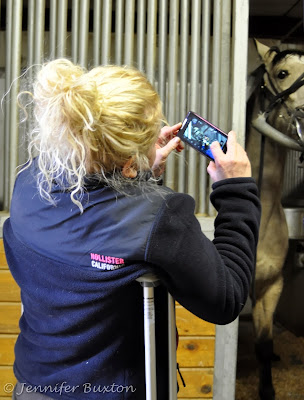 but once the giant dremel came out... 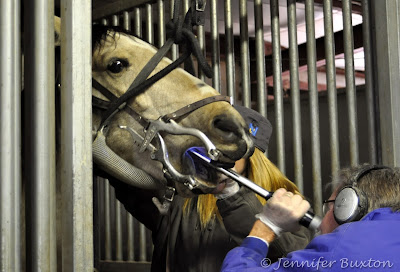 she turned into a worried mama! 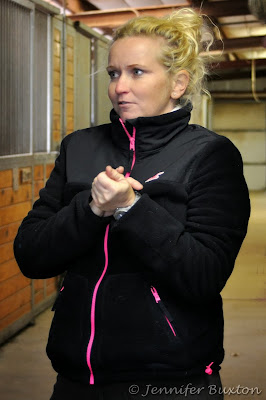 Seriously, that's the biggest, scariest dremel I've ever seen.  This picture gives me the shudders! 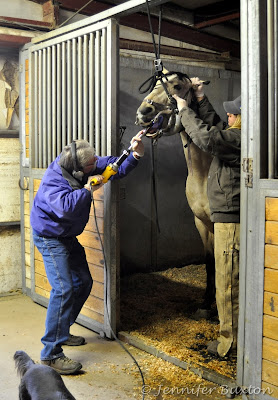 Fortunately, both Kristina and Kahlua survived the "customizing" session. 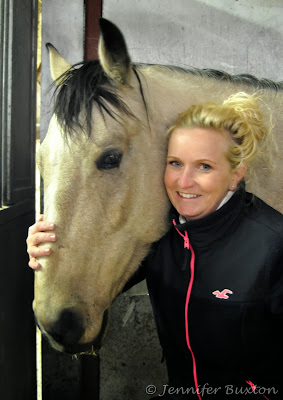 We hung out and drank hot tea (it was cold!) while he recovered from the sedation. 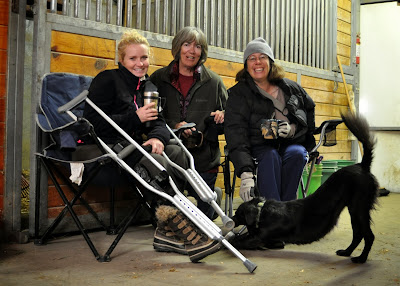 As soon as Kahlua was ready, we turned him out in the indoor ring.  At first he was still a little droopy... 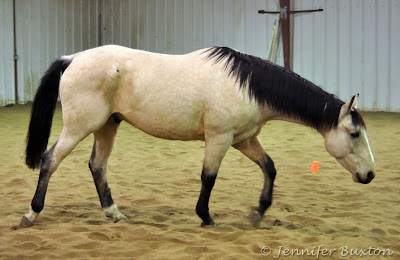 but it wasn't long before he was running... 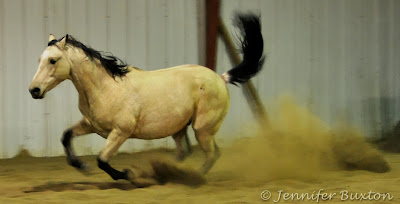 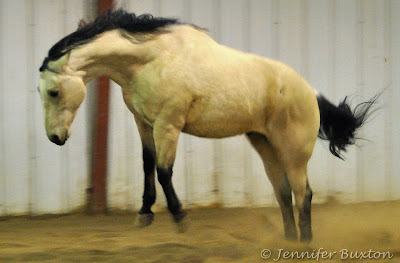 and kicking up his heels! 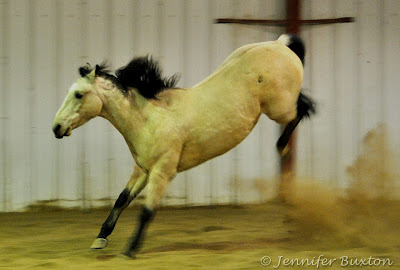 Kahlua will be much happier now that his dental issues have been addressed.  Hurray for dremels! 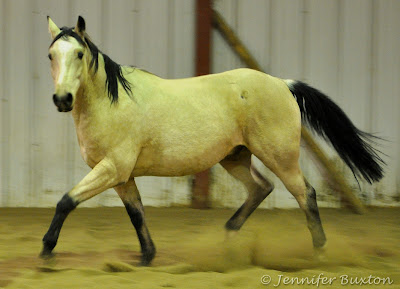 On a more serious note, I have to say that there is nothing better than having an "injury buddy."  I wouldn't wish harm on anyone, but if you have to get hurt, you should always do it at the same time as one of your friends. 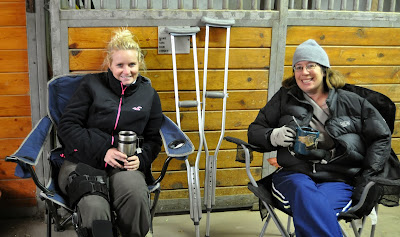 This whole recovery stage would be so much worse if I didn't have Kristina's sympathy, empathy and friendship to prop me up!  We're going out to see our ponies again tomorrow.  I can't wait!
Posted by Braymere at 1:15 PM