On Sunday, I attended the Redline Yellowcard Live Workmanship show in Boulder, Colorado. 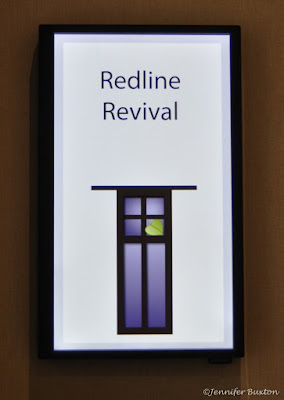 This was a small show in a small room, but showholder, Heather Malone, provided her entrants with a big event type experience. 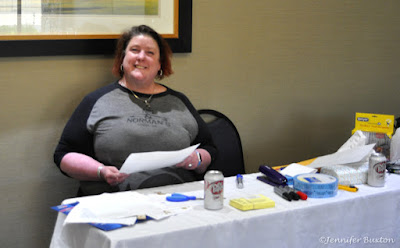 This started with the prizes. Instead of the usual paper ribbons, each class was pinned with chocolate coins. 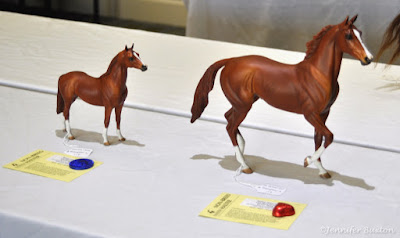 Sectional champions were awarded bags of candy in addition to certificates... 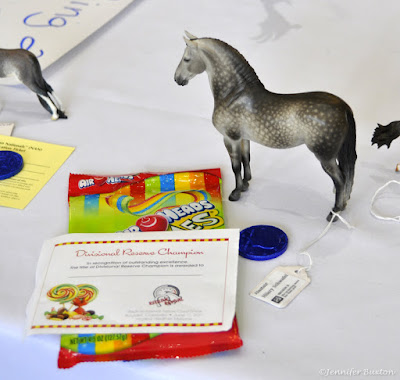 and overall champions won more candy, a certificate and a new Breyer. 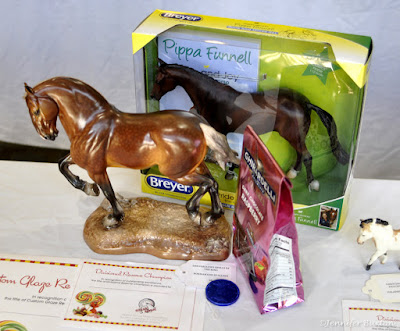 Additionally, Heather awarded a few random prizes throughout the day... 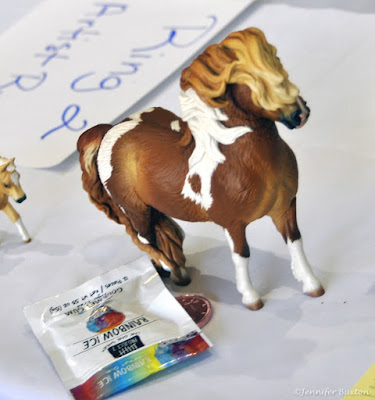 and a show holder's prize to her favorite horse in the show hall. 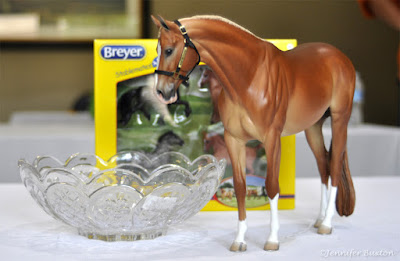 This was won by Dayle Steinke's Sergeant Booth. 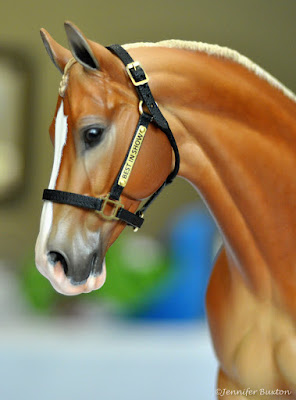 We were also treated to a small but really nice raffle. 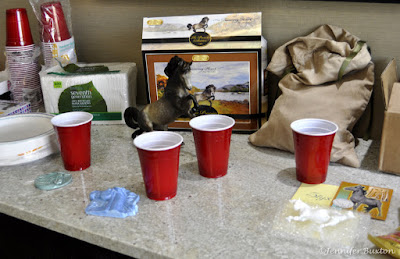 Every single prize was sculpted by Sarah Minkiewicz-Breunig. 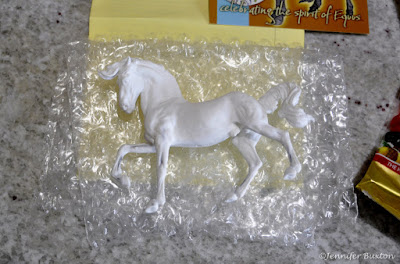 Fortunately, the competition was as impressive as the prizes. 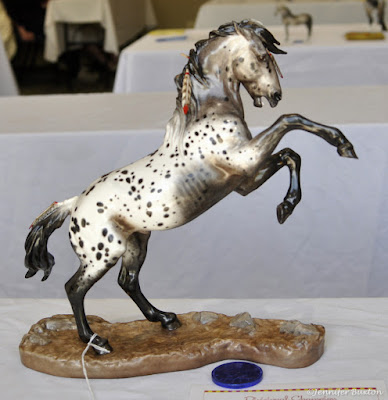 I judged the Custom Division, which was split into two sections: Traditional and Classic Scale... 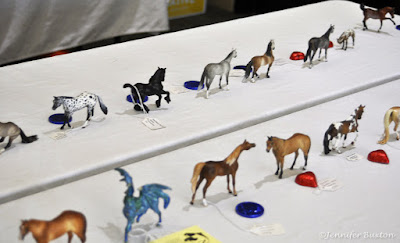 There were a lot of big classes...

and a lot of worthy winners. 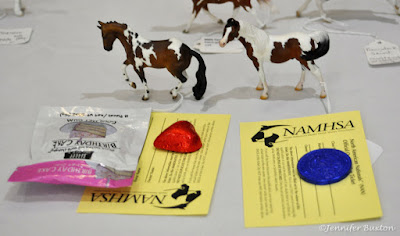 In the end, Teresa's lovely little Marwari by Mel Miller was crowned the Overall Custom Champ. 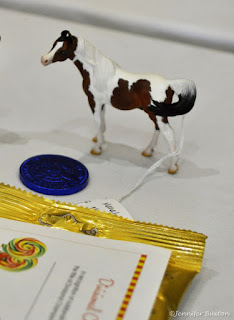 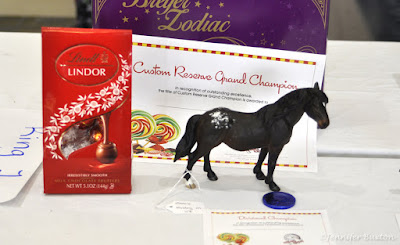 I also brought a small showstring of my own. 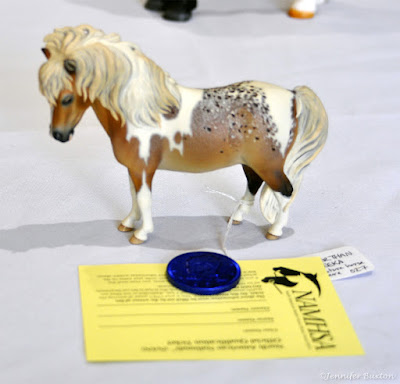 Despite the tough competition, 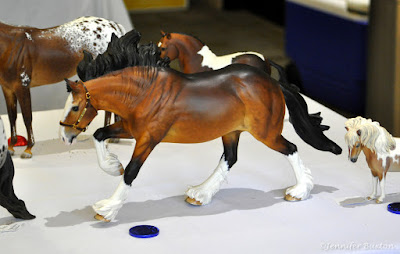 my horses held their own.... 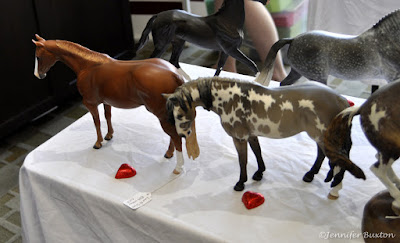 and brought home lots of candy. 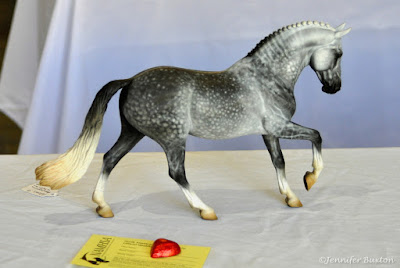 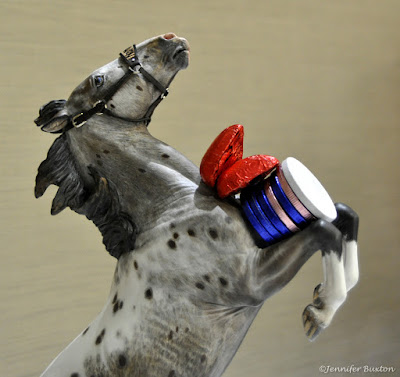 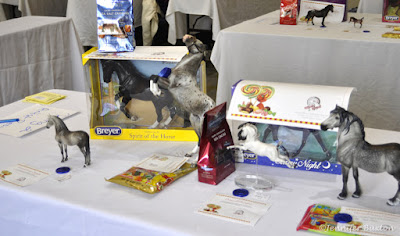 Thanks, Heather. That was a most excellent show!
Posted by Braymere at 10:18 AM