The $50,000 FarmVet Grand Prix was held yesterday at the Colorado Horse Park in Parker, Colorado. 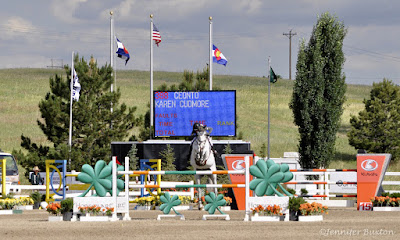 Facebook listed the start time as four pm, so I arrived at three thirty. Bad idea. It turned out the actual start time was five o'clock. I spent the extra hour watching Children's Hunters. 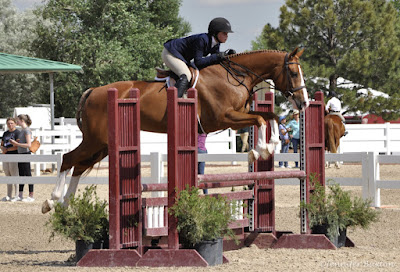 After that ended, I drifted over to the Grand Prix warm up ring...

and watched the riders prepare their horses. 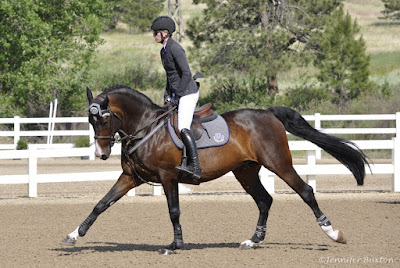 Then, finally, the class began. 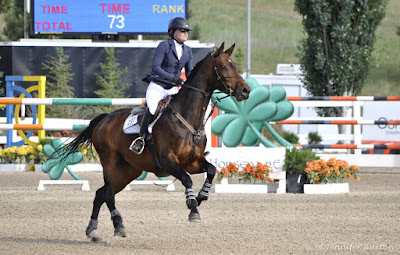 Chenoa McElvain and Wallstreet RC led the way with a clear round. 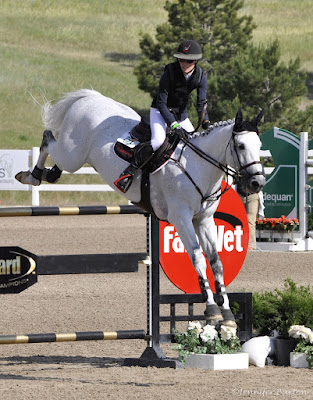 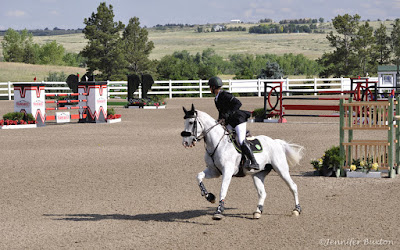 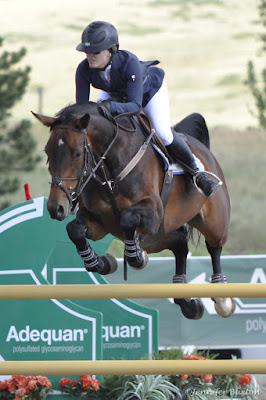 but clean rounds were few and far between. 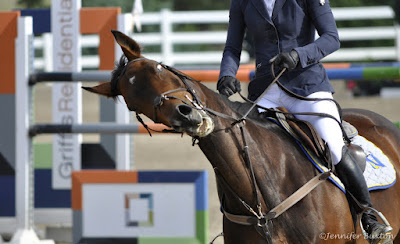 This gorgeous grey left all the rails up but incurred a time fault. So disappointing! 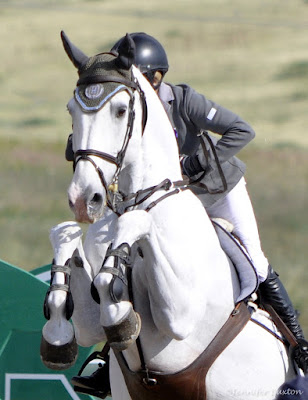 In the end, only two more horse and rider combinations advanced to the jump off. They were Paul Rohrbach on Camerino... 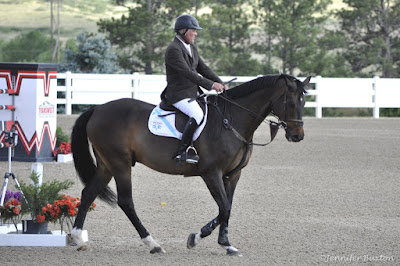 and Karen Cudmore on Southern Pride. 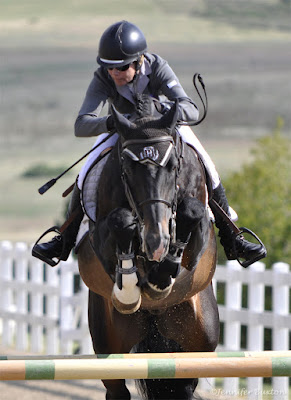 Chenoa and Wallstreet were first to go in the jump-off. 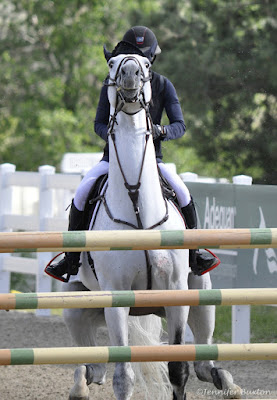 They started the course with a bang. 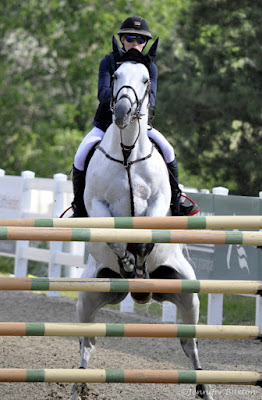 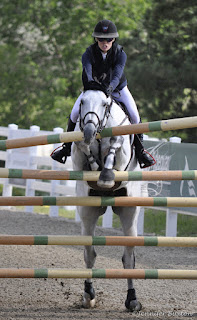 Fortunately, no one was hurt. The horse stayed on his feet, 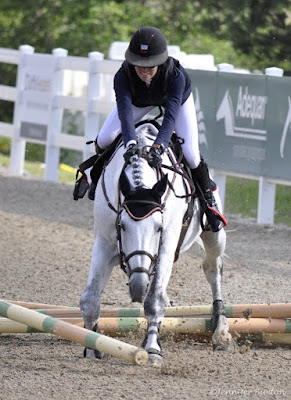 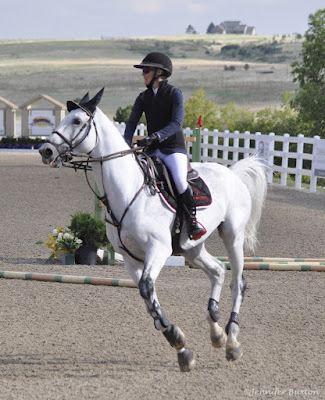 and jumped the next fence effortlessly. 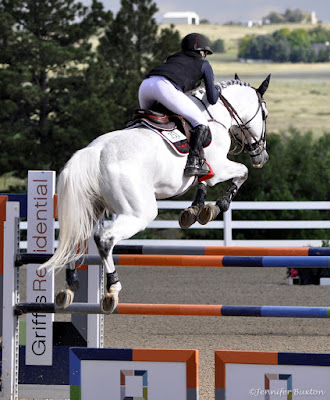 Paul and Camerino were next. They turned in a fast round... 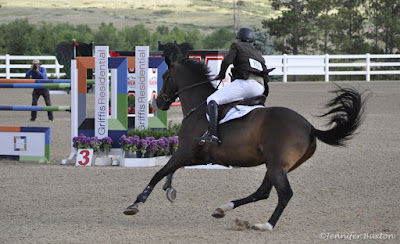 but got four faults at the last fence. 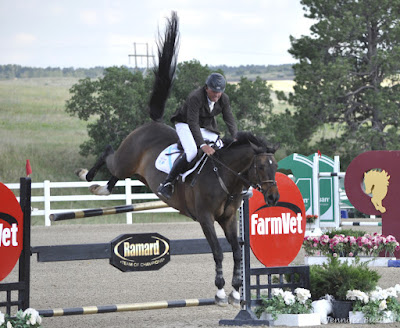 The final rider, Karen Cudmore, rode into the ring knowing that a clear round would equal victory. 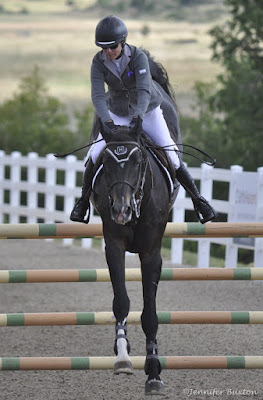 Fortunately, clear rounds aren't a problem for this veteran rider and her nineteen year old stallion. 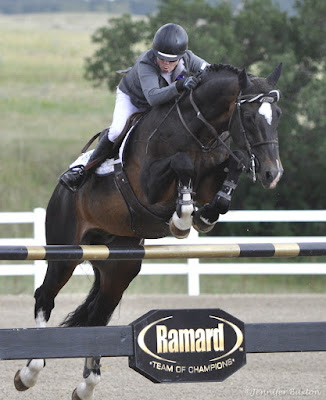 They left all the rails up and celebrated as they galloped through the timers. 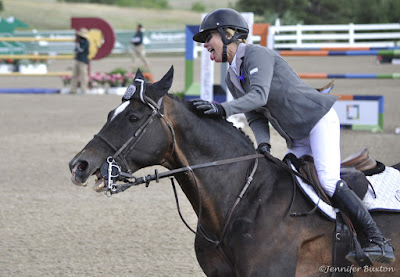 Karen and Southern Pride stayed in the ring for the award presentation and victory gallop. 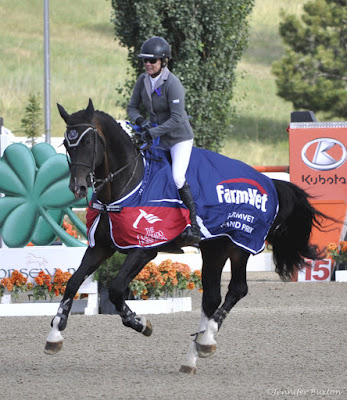 A group of young fans gathered along the rail to cheer her on, and she thanked them by tossing the blue ribbon in their direction. 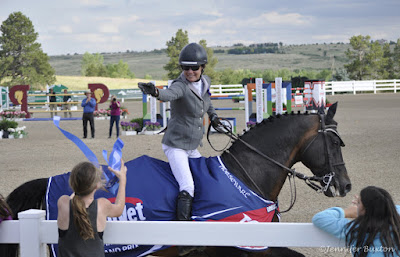 It was a fitting end to a fun day of competition. I'm glad I went!
Posted by Braymere at 12:22 PM