Last Saturday, my friend, Tiffany Purdy brought her two newest customs to the GLC No Frills December show in Huntley, Illinois.  This is Noel,  a customized Croi Damhsa. 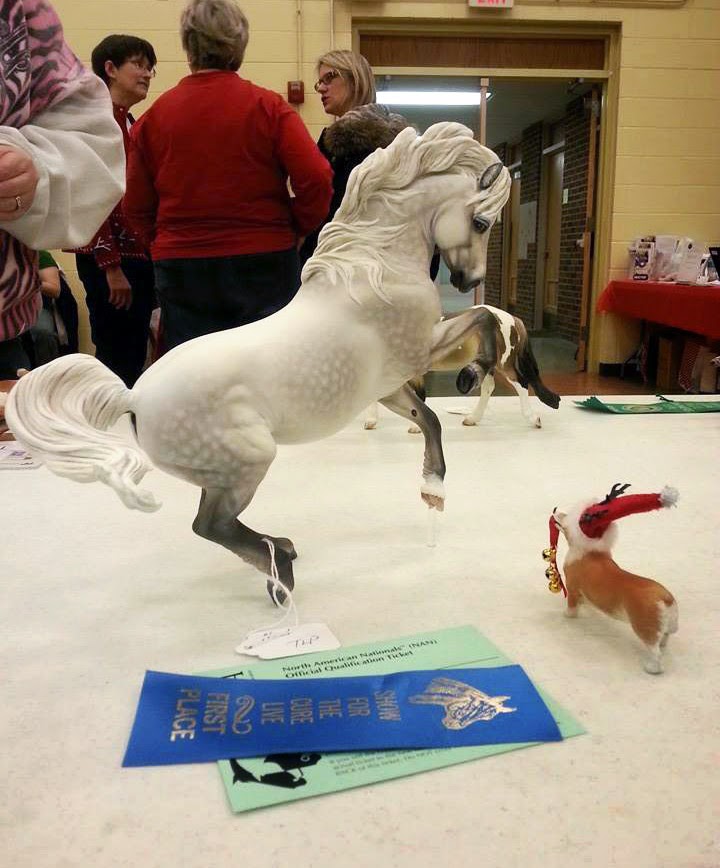 This Christmas pony has her own holiday playmate.  She stands a little taller on her hind legs and has a new right ear.  I love her soft, beautiful face... 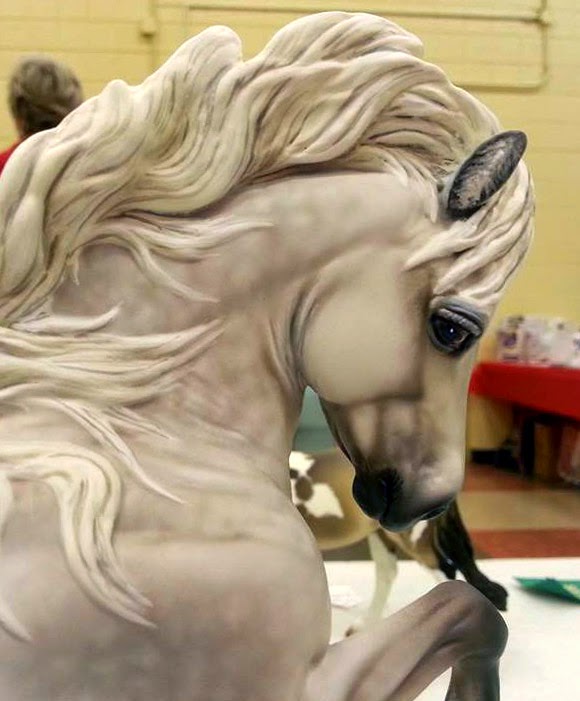 and the judge agreed.  She won a tough British Ponies class and went on to be named the Overall Reserve Champion of the Custom Division.  Congratulations to Tiffany, and also to Margaret Balch, who is Noel's lucky new owner! 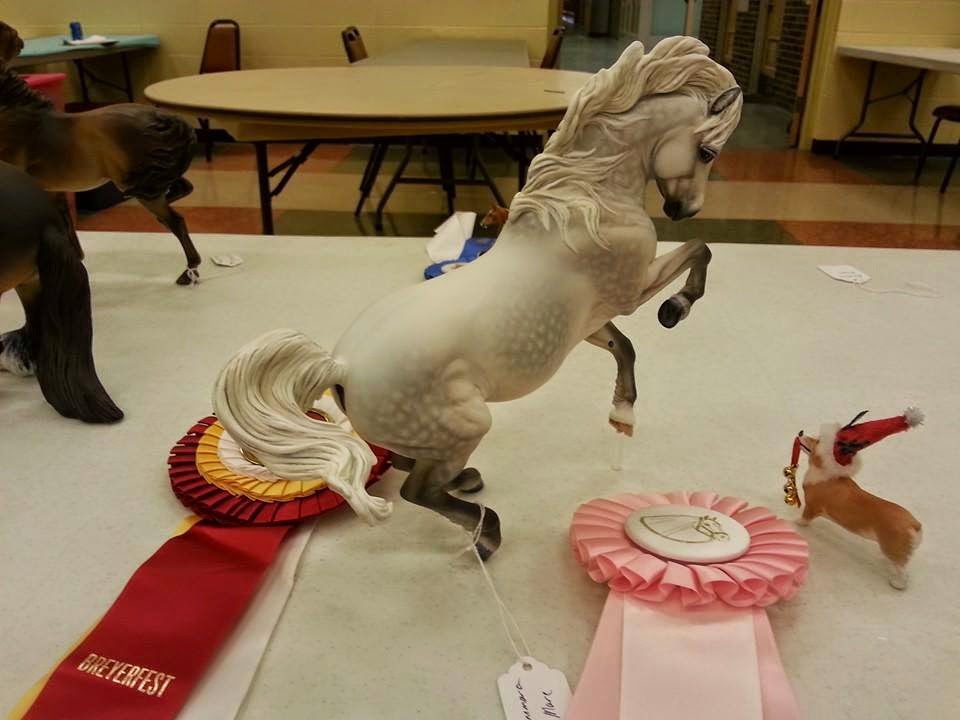 Tiffany's other new horse isn't a horse at all, she's a mule.  Cerin is a customized Breyer Giselle/Stage Mom.  Here she is in a BCS harness... 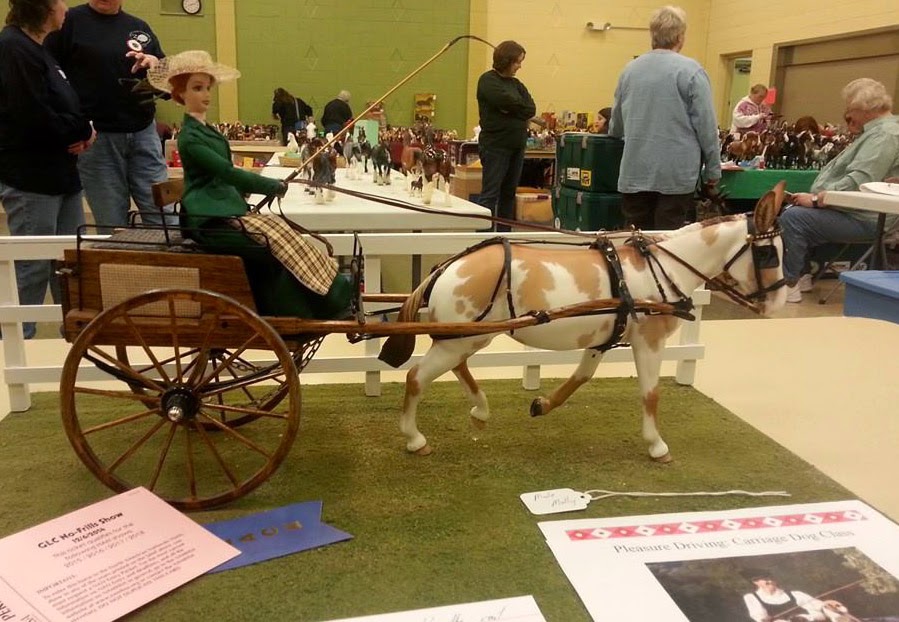 and also a BCS pack harness. 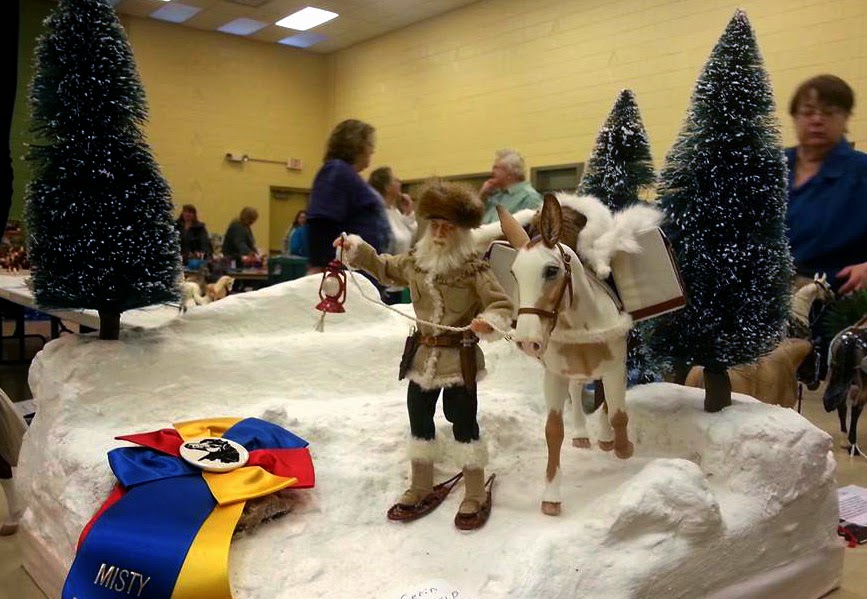 Tiffany made the doll and the diorama.  Although he looks a lot like Gandalf, he was inspired by Grizzly Adams, which was one of Tiffany's favorite childhood shows. 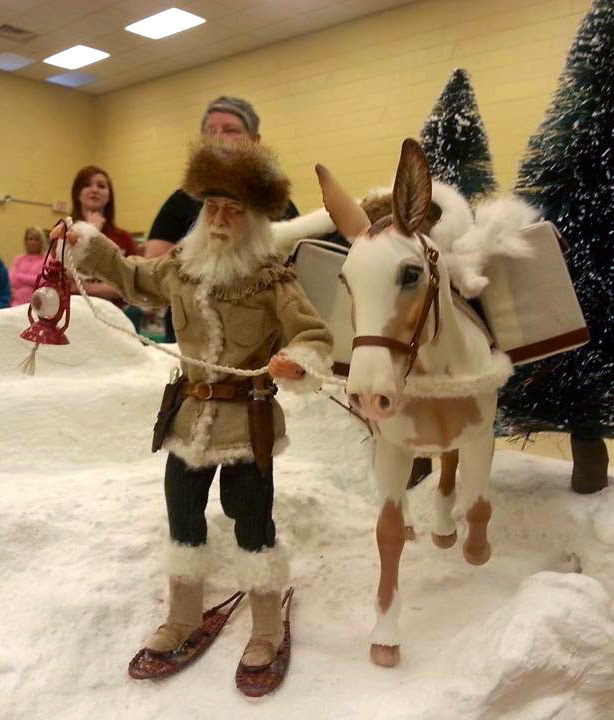 Cerin was named Other Performance Champion. She skipped the English division but came back strong in Western. 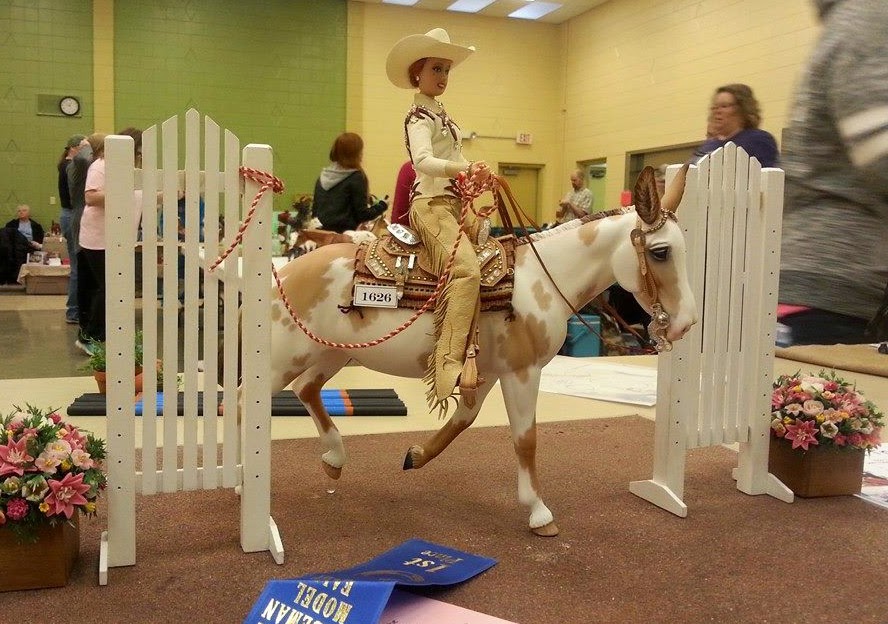 She is wearing tack by Erin Corbett, and her doll was dressed by Joan Yount, with added decoration by Tiffany. 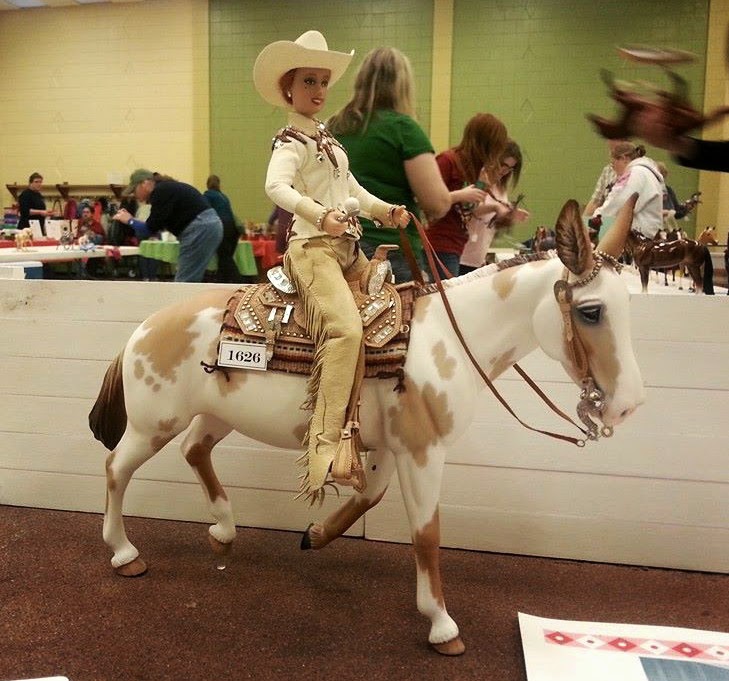 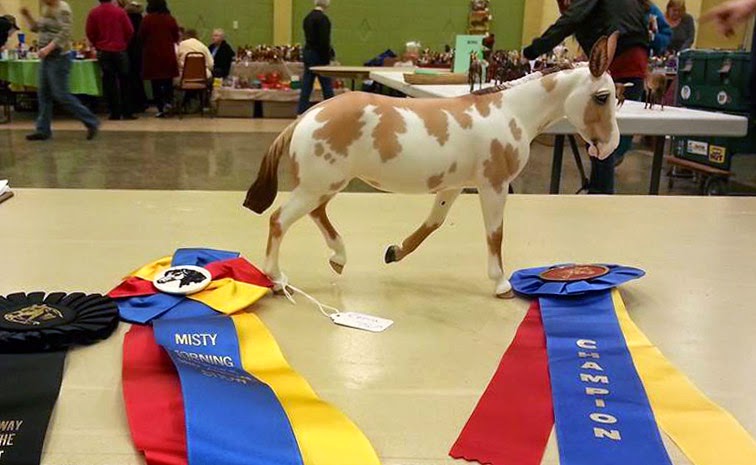 Congratulations, Tiffany, and thank you for allowing me to share your photos!
Posted by Braymere at 10:01 AM