Today's post is for everyone who thinks I am a fast worker...

It's true that I can--sometimes--make an entire saddle in one twenty four hour period. That's an impressive feat, but don't be fooled. There are just as many days when, despite my best efforts, I struggle to produce anything of significance. 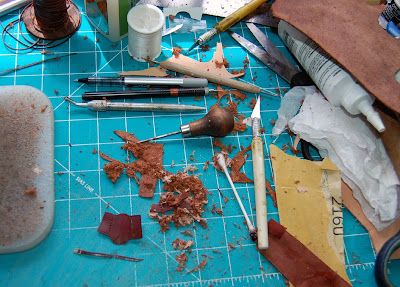 Today, unfortunately, was not a whole saddle kind of day. I tried. I spent more than five hours in the studio, but somehow this is all I have to show for my efforts. 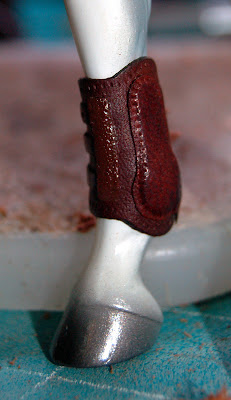 Yes, it's true. I have spent an entire day making just one boot. 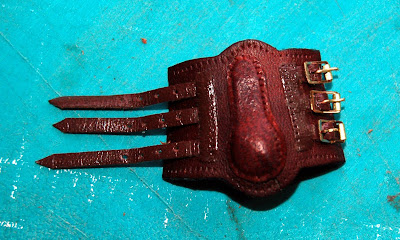 Oh, I am beyond frustrated! Granted, I tried out a couple new ideas with this boot. Some worked, some didn't. That's pretty normal. I don't expect everything to go smoothly with a new pattern. Still, five plus hours to make one boot?
That's just not right.
Posted by Braymere at 3:11 PM