Alright, so here’s the moment you’ve all been waiting for – what boots do I use ?! Well, the basic rule is anything goes. I’ll tell you what you WON’T typically see, for safety reasons, and then I’ll tell you what’s the norm.


The major, major “no-no” for cross-country is POLO WRAPS. Now, you’ll say, but I’ve seen them at so and so… Well, truth is, polos are really dangerous cross country because: a) they get waterlogged in the water jumps and can stretch, b) they come loose if not wrapped securely, c) even if they’re taped, they can rotate on the leg and pull a tendon, d) yes, they look pretty, because they come in so many colors, but you’re not going to see them except MAYBE on a beginner novice horse where they don’t go through water. This is the exception, not the rule. 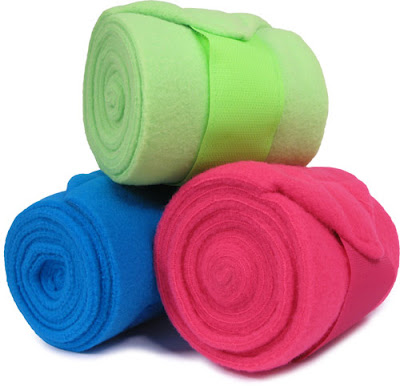 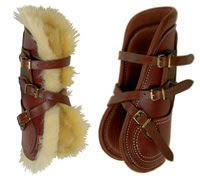 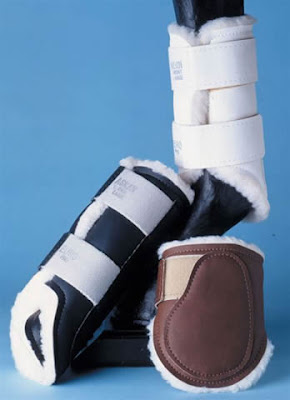 So what do you use?? Well, the safest bet is neoprene boots with leather or carbon fiber kick plates and double loop Velcro attachments.

The first company to make these, and still one of the best names in boots, was Woof, out of Ireland. These now come, in addition to classic black or white, with contrast Velcro in yellow, red, green, two shades of blue, purple, lime, pink, and orange. Nunn Finer, Eskadron, or Roma make boots of equal or better quality. These boots protect the inside of the leg extremely well against knocks. 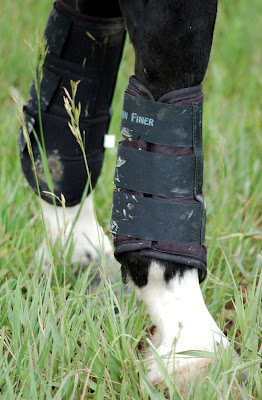 Another more recent option becoming VERY popular are the tendon boots made by Equilibrium or N.E.W. or similar. These are called “Tri Zone” boots, and feature a protective neoprene plate over the canon, as well as molded sides to cup the fetlock and protect the joint as well as all of the tendons in the leg. These are used on front and hindlegs. 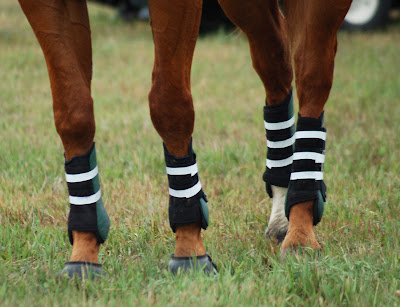 Sports Medicine Boots are also seen, especially at the lower to mid levels of the sport, because they do provide support against knocks and dings, as well as keeping the tendons safe. The new versions are not as hot as older versions and fit closer to the leg for less friction. 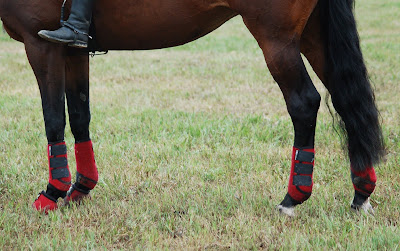 On occasion, regular neoprene splint boots or plastic (Davis) splint boots will be used, especially at the lower levels. These provide decent inside protection, but don’t offer protection for the back of the leg or the tendons. 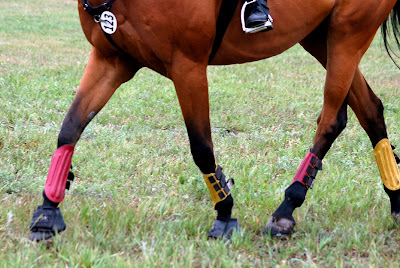 Leather gallop boots are also a very viable option, typically with a neoprene lining. These are quite secure, mold to the leg very well (each horse should have it’s own set of 4, as they do stretch), and provide decent support. These are probably the classic look, but all the buckles are quite fiddly and grooms who are tacking as many as 15 horses in a day usually don’t like them as much. Big strings tend to stick with Velcro. 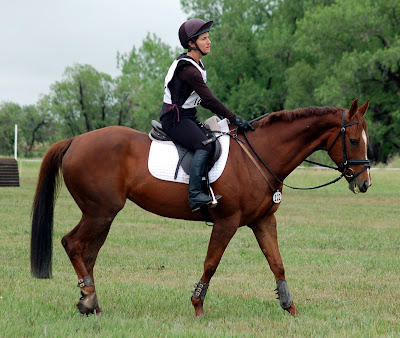 ALL Boots should be secured with tape, either bandaging tape in the stable colors (or contrasting colors) or plain old duct tape (which also comes in great colors now!). 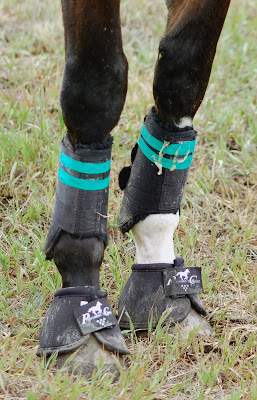 In addition to these boot types, you’ll sometimes see a leg done with Vetrap for extra support under a boot (Yes, I did say Vetrap, hang on and I’ll explain). Vetrap is done in exceptional circumstances when a horse either has a sensitivity to neoprene (quite common, especially if the legs are clipped) in which case only a small amount will be used as a protective layer between the boot and the horse, or if the horse is slightly weak while coming back from an injury and needs a touch of extra support. I don’t typically agree with this tactic, as I feel horses should be completely sound and fitter than they need to be to compete when coming back from an injury.

Another strange thing you might see are porter protectors under Saratoga wraps. Porter protectors are made of closed cell foam cut to fit the tendons and cup the ankle, almost in the same way as boots. Sometimes these are held on with vetwrap, as it’s quite sticky. Other times, perhaps more often, they’re held on with Saratoga wraps, which LOOK Like polos, but are ribbed, allow the leg to breathe, and, perhaps most important, don’t slip. Either of these options will also be taped over the attachment points for extra security. 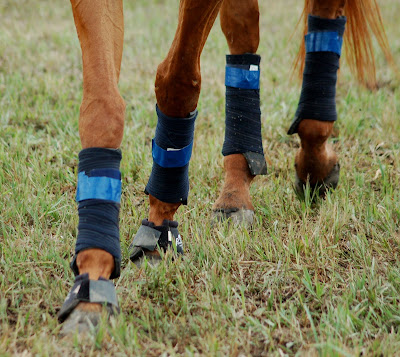 Finally, bell boots are about a 50/50 proposition. If the horse is wearing large studs, or has special shoes, or is clumsy, or the footing is bad, etc… then typically bells go on. If the footing is good and the horse moves straight and never overreaches, well, then bells get left off. Personally, when I was grooming eventers, I used them on every horse going cross-country. Again, it’s a safety thing. Whether you use pull ons, Velcro ones, petal style (made by Westrop), no turn (Davis, Roma, or Professional’s Choice), is a personal choice. Many people use the Velcro ones, because they’re easier to use, but it’s impossible to get duct tape to stick to them, so bells usually go unsecured. A quick note on boot attachment: The straps ALWAYS go facing the BACK of the horse and to the OUTSIDE of the leg. If your straps point forward, the boot is wrong. If your straps are on the inside, the boot is wrong. 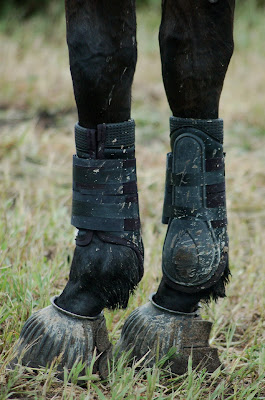 It’s also perfectly correct to use no boots at all, and you’ll see this at the lower levels where the stakes are not as high and the fences are not as big. 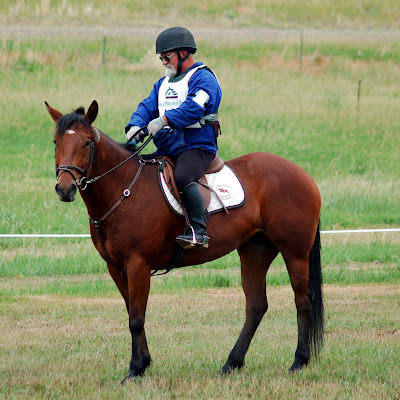