Have I mentioned how much I love NaMoPaiMo painting parties? Everything about this post makes me so happy. Thank you, Emma!

Back in December, filled with excitement and impatience that NaMoPaiMo was right around the corner, I decided to organise a painting party for members of the London Model Horse Club. As my guests will attest, when I have a long time to plan things, I go slightly crazy....

Party bags were made... 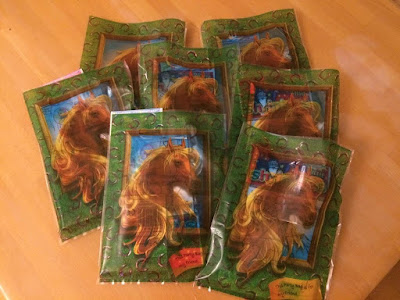 and filled with goodies....(thanks to Curtis for the picture of the contents) 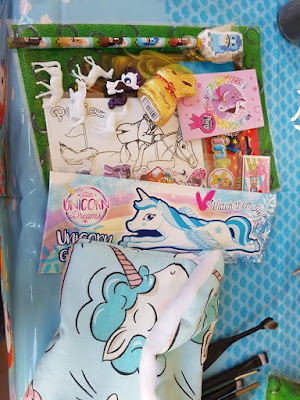 Stablemates were bought, prepped and primed... 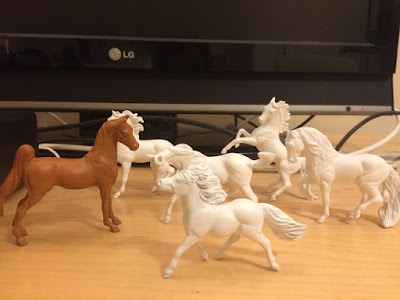 and my twenty five year old sewing machine was dragged out of storage (along with my equally old sewing skills!) in order to make pony pouches so everybody's ponies could travel home in style. 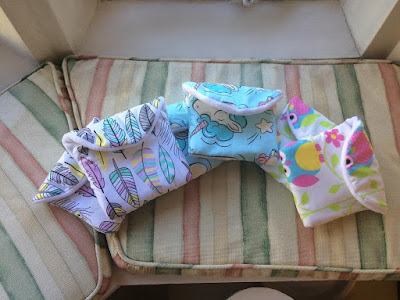 And a cake was made! Well, bought and iced--I ran out of time on this one! 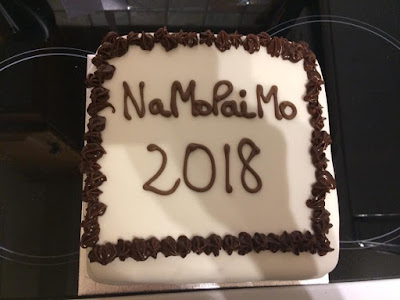 The plan was to meet at the nearby British Museum to see awesome horsey things, but train delays and traffic meant people arrived later than planned. Charlotte and I did manage to see my favourite bits: the Assyrian friezes depicting royal lion hunts. I love the beautiful sculpting on the  horses and the detail in the tack. One day I dream of making a performance scene based on these! 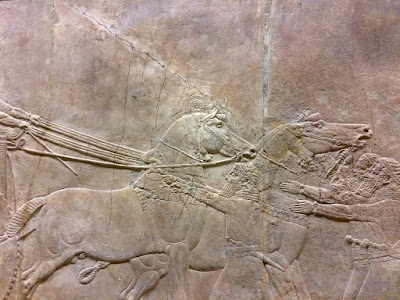 Suna, Mary and Charlotte continued looking around the museum whilst I tracked down people who were lost. They went to see the Parthenon marbles. I'm so jealous! Thanks to Suna for letting me use her photo here. 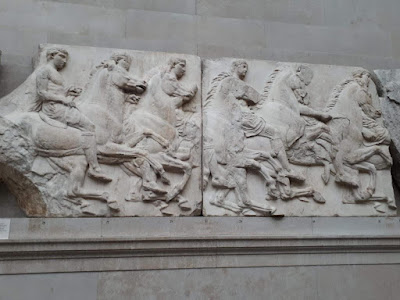 After the lost people had been collected, we ate lunch and then made our way back to the flat for painting! We started out filled with enthusiasm. 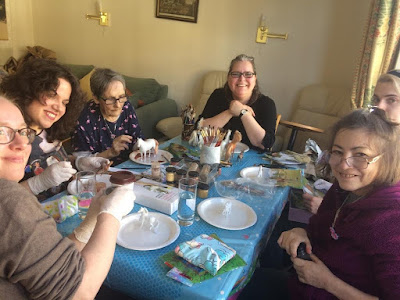 We chatted a lot, and slowly, horses started to come to life. Here's Charlotte's model in progress, looking a lovely slate grey, and Mary's bright red horse photobombing in the background! 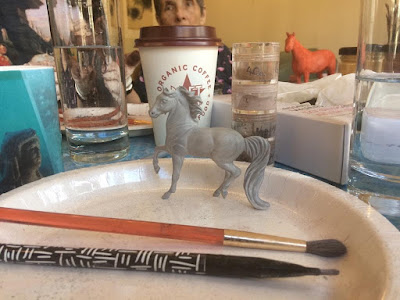 This was Suna's first time using pigments. She struggled a bi , but said she definitely wants to try them again. I think her Andalusian is looking great here! 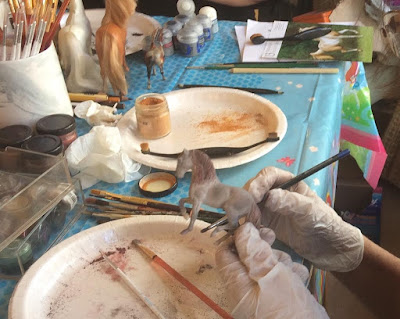 One of the best parts of the day for me was seeing first-time painter, Amber get so into it. Her horse was a real stunner and won the popular vote at the end of the day--well worth the 'war paint' she got all over herself! 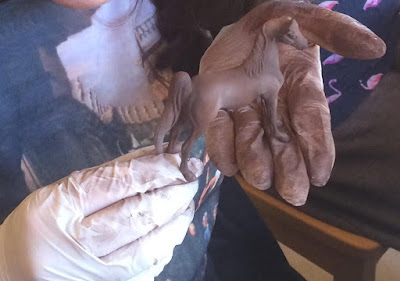 Another thing I loved seeing was people's different approaches to painting. Amanda used acrylics to paint this dapple grey, painting around the dapples first with darker paint and then shading with the airbrush over the top. We were also all treated to her fabulous recitation of the Jabberwocky by Lewis Carroll. 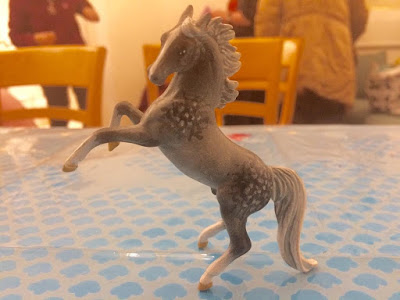 My own horse didn't get much done today, just some colour on one side and a few dapples roughed in. Sadly, it was not Curtis' day either and both of his models were uncooperative so no photos for either of us.

Some ponies had already been packed away before I remembered to take this photo, but this is where things stood by the end of the session. Amanda painted the teeny donkey. So cute! 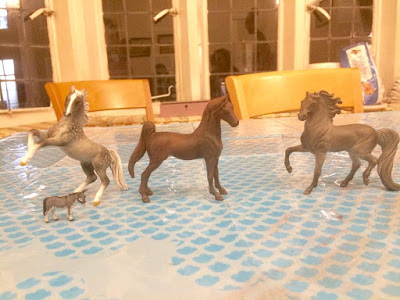 The painting part of the party ended with the group working together to scrub some pesky pigment out of the carpet... Thanks to Suna for recording this part of the day! 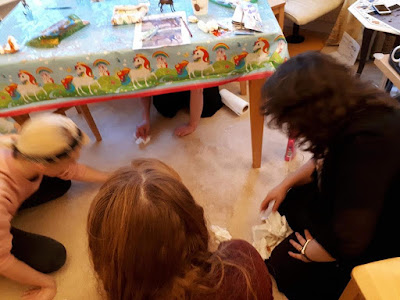 Then we had cake and snacks and finished with a raffle in support of Redwings Horse Sanctuary. Mary made Curtis' day by gifting him the pink elephant she won in the raffle. He was promptly named Whiskers! It made sense at the time. Thanks, Curtis for this picture. 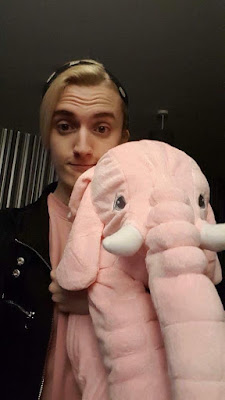 All in all, a fun, though tiring, day was had by all. Thank you to everyone for coming and to Jennifer for starting the behemoth that is now NaMoPaiMo!
Posted by Braymere at 4:25 PM