A new bridle for an old resin

I had so much fun making the first tasselled bridle that I decided to make another! 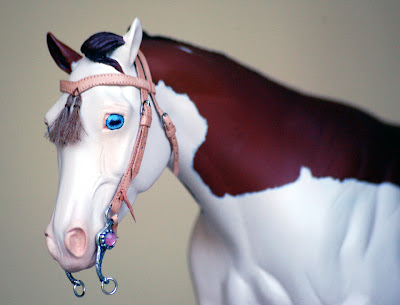 This blue eyed Paint horse was one of my very first resins. He's a Karen Gerhardt Streetwise resin that was customized by me and painted by Melissa Mistretta. This particular piece was not part of the official resin release. Instead he was one of the waste castings from Karen's home mold. I bought the body from Karen, spent a year prepping it and then traded tack for the paintwork. My total cost--just fifteen dollars. 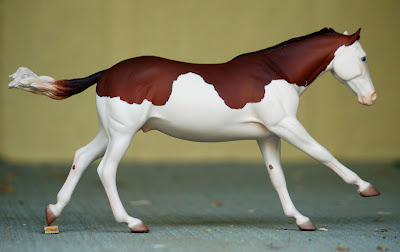 Sweat Equity is not the fanciest resin in my stable, but he remains a sentimental favorite. So much so, that I've decided to show him next month at the Redline Revival Performance show in Boulder, Colorado. Won't he make a fun Western Performance horse?
Posted by Braymere at 2:40 PM