The 1994 Grand Prix of Nashville

Tonight Fabian and I are going to the Colorado Horse Park to watch the $100,000 Adequan Grand Prix.
For five years in the early to mid 1990's, I lived and worked on the Hunter/Jumper show circuit, selling tack at all the biggest shows in the southeastern United States. Back then, I went to a Grand Prix nearly every weekend. I enjoyed them all, but my favorite, hands down, was the Grand Prix of Nashville. 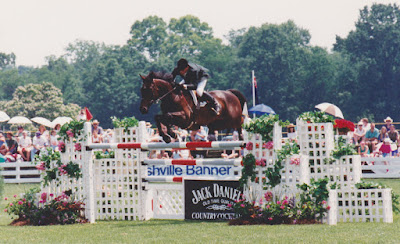 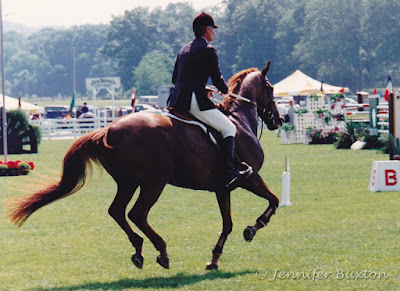 My bosses always bought a sponsor table, but never attended the event themselves. Instead, the table (and access to the free bar) would go to me, my co-workers and a few assorted friends. It was awesome.
The competition was awesome, too. The Curreys are a big deal in the sport of showjumping, and a lot of big name riders who didn't attend the Brownland shows came to the Grand Prix. In 1994, some of the headliners included Todd Minikus on Thrilling (I loved this horse), 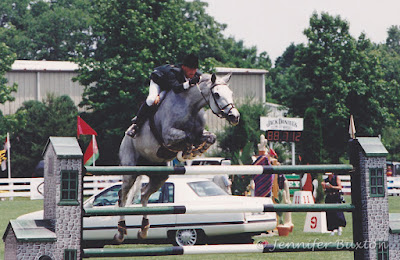 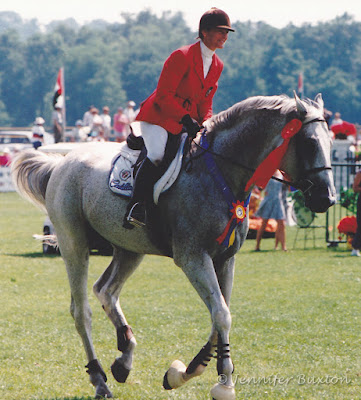 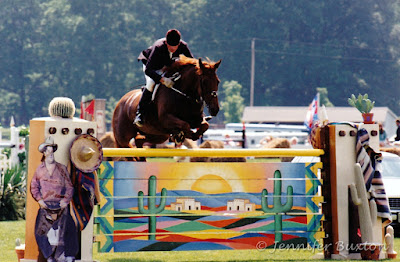 Joe won the class with his 1988 Olympic mount, Mill Pearl. This picture was taken during the victory gallop.