Despite being a week overdue our long anticipated family Mother's Day Ride was a big success. This was the first time we've all ridden together as a family. When I met my husband, he'd never even sat on a horse. That was completely amazing to me and of course it had to be changed. I dragged him out on several trail rides and he was just starting to get the hang of it, but then... We moved and had kids and life got busy and somehow a decade had passed. Funny how that happens!

My kids can boast of a bit more riding experience, but they are far from experts. I try very hard not to be the kind of mother who forces her own interests on her children. I take my kids to the stable with me a couple times a year, but if they want to go more than that, they have to ask. Lately they have been asking. Unfortunately, the stable I ride at most is all ring and no trail. I thought it would be a lot more fun for everyone if our family ride was somewhere mountainous, so that's how we ended up renting horses at Pine Cliff Stable in Golden, Colorado.

James' mount was a small dun gelding named Festus. Despite his very grey face, the guide insisted he was only in his mid teens. 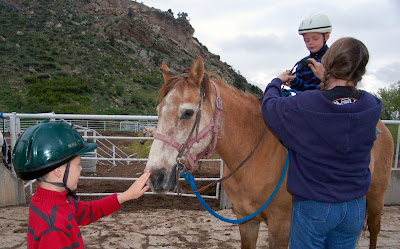 Ryan's horse was a small paint named Ed. I rode Okie and Seth was given a nice black mare named Sadie. 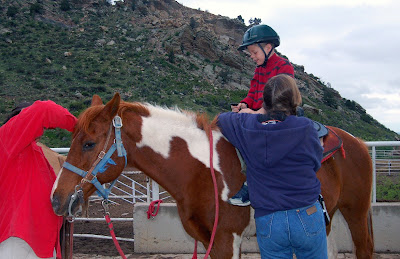 The stable did not have any children's saddles, so both kids were riding without the benefit of stirrups. Luckily, the horses were quiet and surprisingly responsive. After a few minutes, both boys forgot that they had ever needed stirrups. 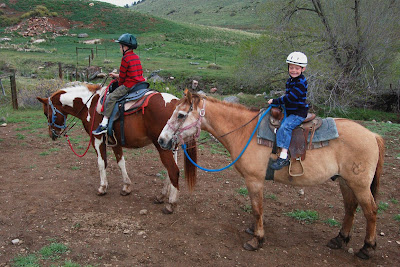 We had booked a two hour ride and that was long enough to cover a lot of different terrain. We crossed a road, 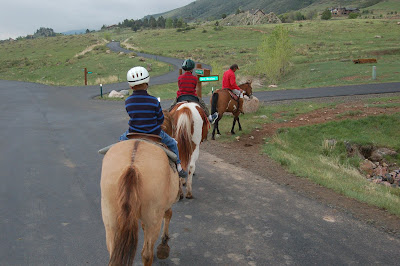 rode through lots of greenery, 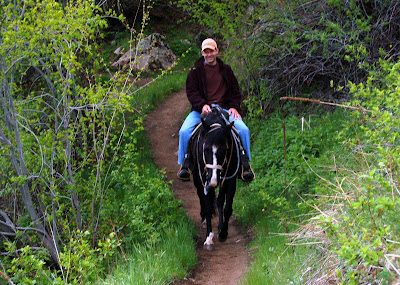 went up and down "horse stairs", 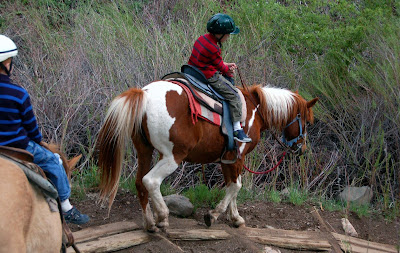 weaved our way through some big rocks, 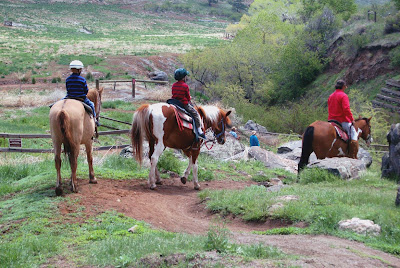 and crossed a little bit of water. 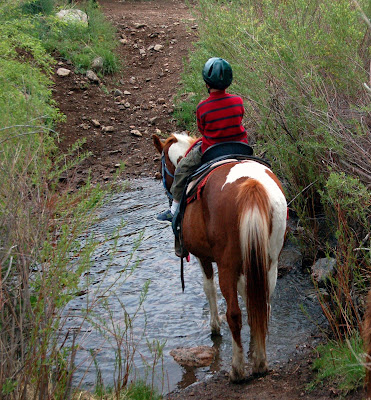 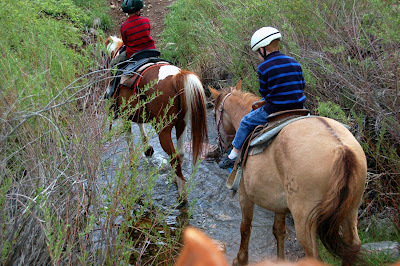 We shared the trail with hikers and quite a few mountain bikers. 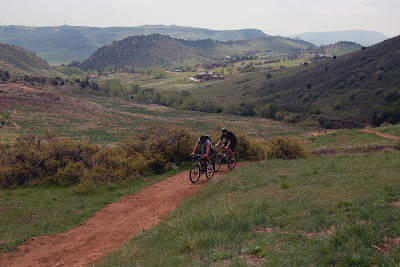 We also crossed paths with a couple other groups of riders. Ryan's horse Ed decided he wanted to join this group, and it took some work to get him straightened out. 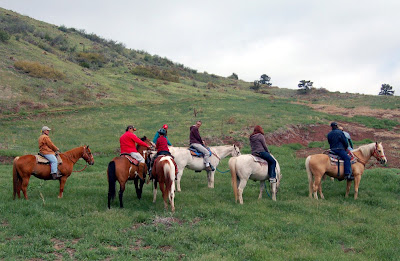 Finally, we headed up the mountain. 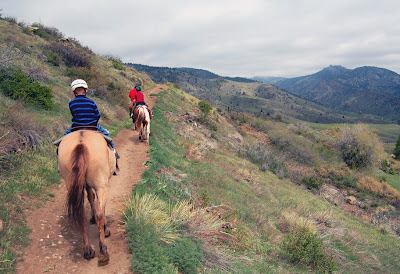 This picture shows the boys and our guide resting near the top.

The views were incredible. 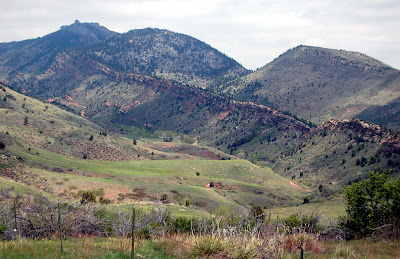 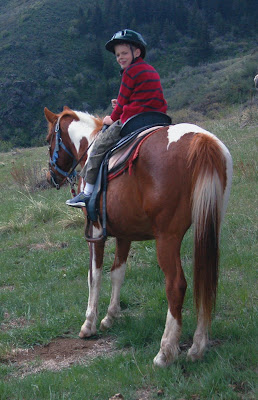 I could have stayed up there all day, but eventually we did have to head back down. 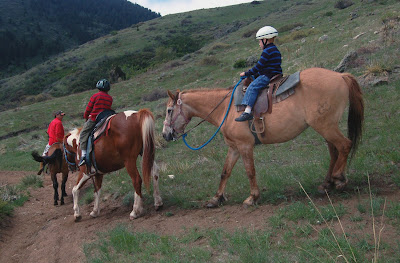 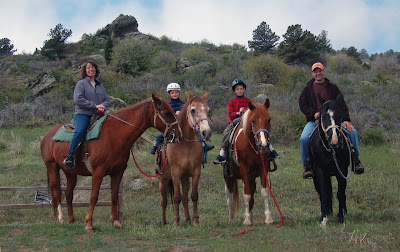 I know that a lot of riders look down on rental stables, but I am not one of them. This is the second time I've ridden at Pine Cliff Stables and I hope it won't be the last. I thoroughly enjoyed riding their quiet, well cared for horses over such beautiful countryside!
Posted by Braymere at 5:53 PM