About a month ago, my husband came home with a $100 gift card that he had received as a bonus for putting in extra hours at work. He gave the card to me with the stipulation that I spend it on something fun for myself. I was not allowed to buy anything for the kids or the dogs or to use it to purchase groceries or other household necessities.

I'm not much of a shopper so it took me a while to decide what I wanted. Not surprisingly, though, I ended up where I so often do when I have extra money--at a book store. Unfortunately the book I wanted most was pretty obscure, so I ended up forgoing brick and mortar stores for Amazon.com. My books arrived today, and it's just like having Christmas a month early. There is nothing better than a box of new books!

First out of the box was this fun trio of horse-y novels. 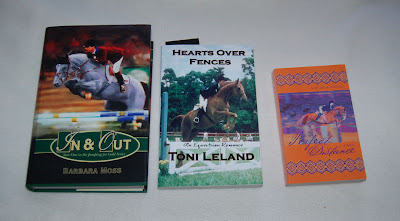 It's this book, though, that's the real prize. 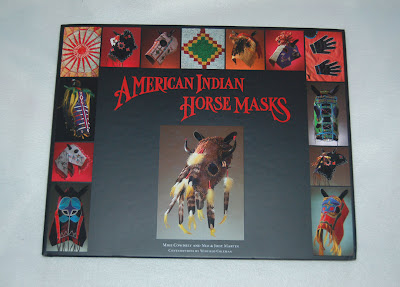 My kids and I visit the Denver Museum of Nature and Science a couple times a year. I saw this book in the museum gift shop on our last trip. I had really wanted to buy it at the time, but it was expensive and more importantly, I didn't want to be a hypocrite. That gift shop is an absolute treasure trove of things that my two little science obsessed boys want. They can spend hours in there looking at the kits and toys, and of course, they pretty much want one of everything. I had just given them this big speech about how we were only looking and not buying. I simply could not turn around and by myself a $70 book after that. 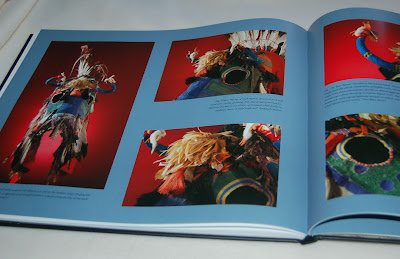 When Seth gave me that gift card, I went back to the museum (without my kids) but the book was gone. I tried a couple bookstores and then Amazon, which had just a handful of copies left.

If you are even a little bit interested in making model horse scale Native American costumes, I can not recommend this book enough. It's pricey but the pictures are outstanding and very detailed. Horse masks are , naturally, the main focus, but there also lots of historic pictures of horses in full costume. There's even a picture of a horse mask that resides in the museum where I first spied this book. 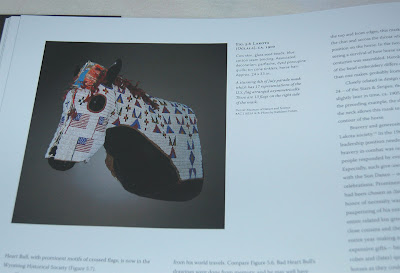 I've made just one Native American costume in my tack career so far and it did have a mask. 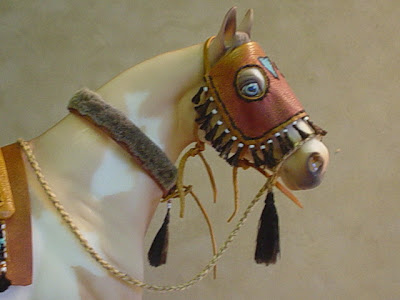 I've got another one planned for for 2009, but this book is so inspiring that I'm kind of thinking it will be maybe another two or three! 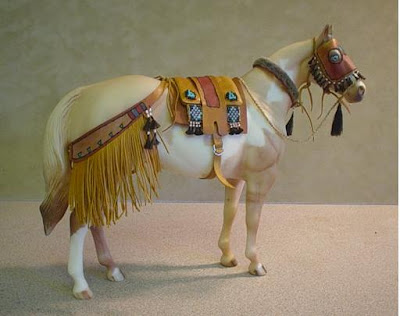 Now, if only my holiday dinner would plan itself so I could spend the rest of the day reading...
Posted by Braymere at 12:30 PM