Performance showers know--even if you don't own a silver encrusted parade set, you can still show in the parade class.  Just pair a regular Western saddle with a flag and call it "Rodeo Grand Entry."  It's not exactly a  parade entry but in most cases, it's close enough.
With that in mind, here's a look at a real life rodeo opening ceremony.  These pictures were taken at the 2011 Elizabeth Stampede Rodeo in Elizabeth, Colorado.
The gate opened... 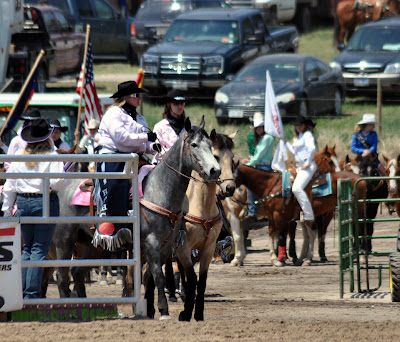 and a local drill team came roaring into the arena. 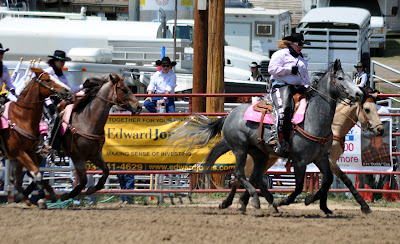 The drill team was composed of horses and riders of all ages and sizes.  They wore matching attire and saddle blankets and each horse had sparkly decorations in its tail 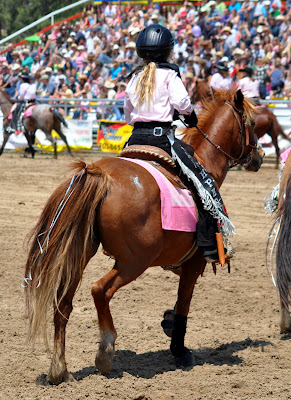 The team performed several high speed maneuvers before retiring to the center of the ring. 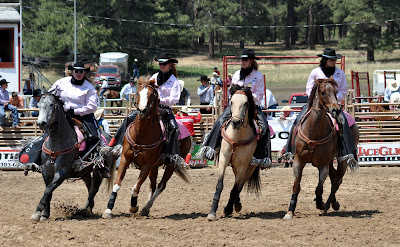 The gate opened again and a new group of riders entered, each bearing a sponsor's flag. 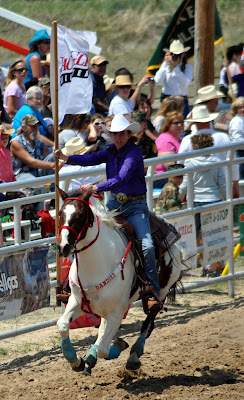 They circled the ring at a gallop... 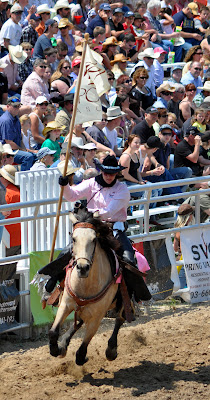 before joining the drill team in the center of the ring. 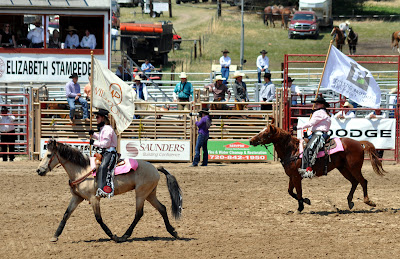 The third group of riders was made up of rodeo royalty.

The rodeo queens represented several states and many counties. 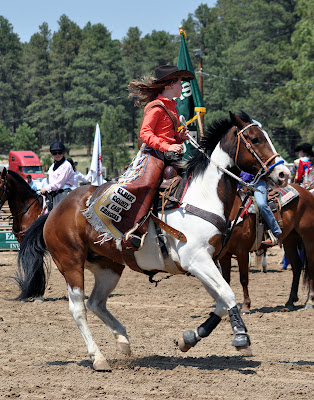 This particular rodeo had a lot of royalty--so much that several of the girls had to trade their horses for the back of a pickup truck! 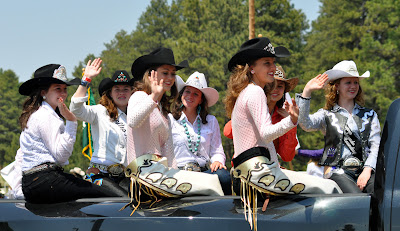 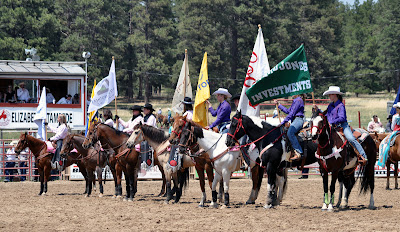 Once the rodeo queens had joined the drill team and sponsors, it was time for the rodeo staff.  This included both the behind the scenes people... 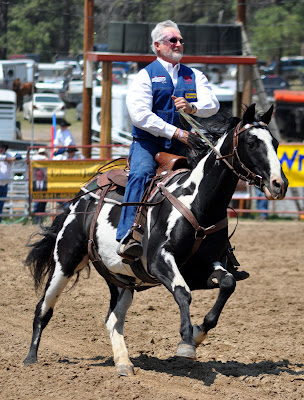 and the pick-up riders. 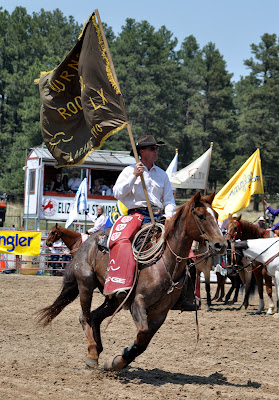 With everyone finally in the arena, it was time for a recitation of the Rodeo Cowboy's Prayer and the National Anthem. 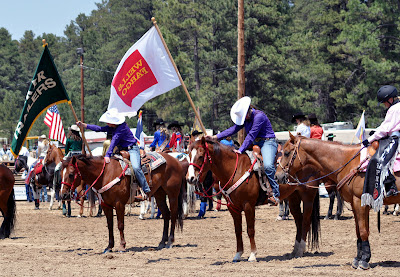 After that, the opening ceremony was over and the participants left the ring as they had entered--at a gallop! 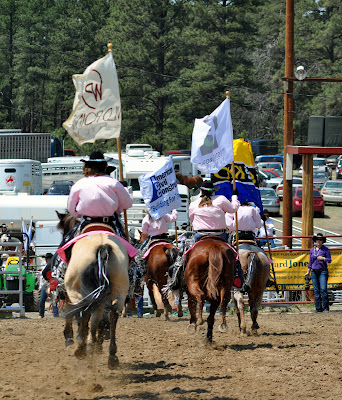