All live shows are unique in their own way, but the Region X Championships (TRXC, pronounced "Trixie") is truly a show like no other.  For one thing, this big two day show is actually two shows in one: an Open Show and an invitation only Championship.

Here's how it works.  Entries are brought up to the table for the open show.  This is judged as usual, with NAN cards awarded to the top two entries and flats for placings one through ten. 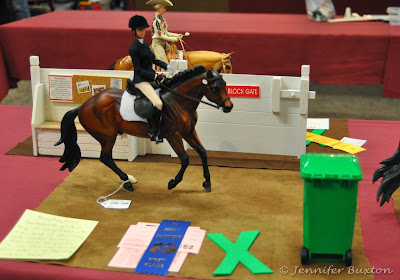 Additionally, The first and second placed horses also receive tickets for the Stakes class.
Instead of having a Championship callback at the end of each section, there is a Stakes Class.  Any horse that has won a TRXC ticket at this, or any other show during the qualifying period, may advance to the Stakes Class.  The Stakes Classes are part of the Championship Show and are judged by separate set of judges (this year, that was Eleanor Harvey and myself).
The judges choose a Champion and a Reserve Champion...
as well as three other "Top Five" winners. 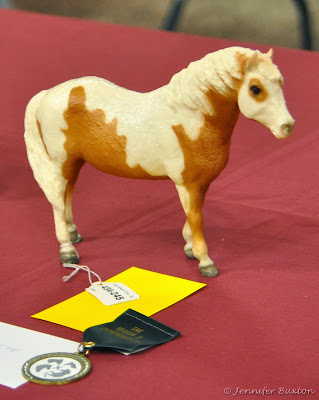 Rosettes are awarded to the Champion and Reserve Champions and all of the Top Five models received a medal.
(Included only because I think it's funny when winners are smaller than their prizes!) 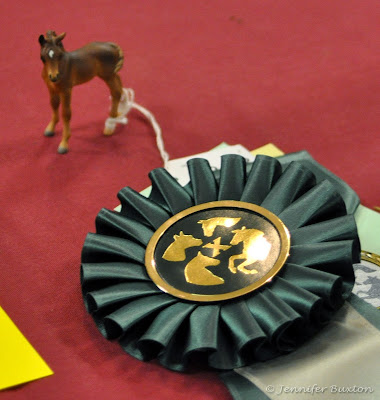 The Saturday divisions were CM/AR Performance, 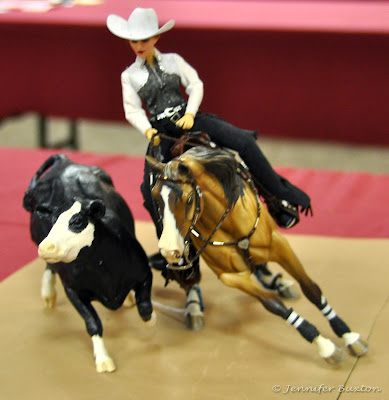 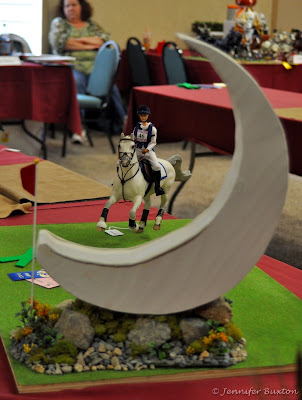 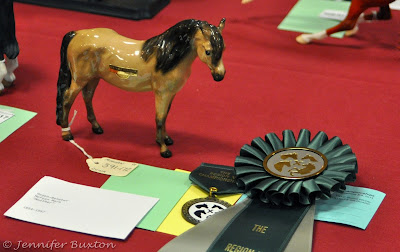 There were small Custom Glazed China Breed and Collectibility divisions, but I neglected to get any pictures.  Sorry!

On Sunday, we judged OF Plastic Breed Halter,
OF Plastic Collectibility, 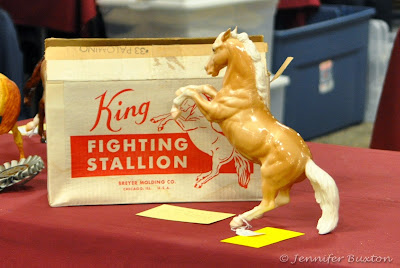 Custom Breed Halter,
Custom Workmanship,
Resin Breed Halter,
and Resin Workmanship.
Competition both days was friendly and fierce, with lots of big classes that truly were championship caliber.  It was a wonderful privilege to judge so many beautiful models.  Thanks to Anne and Marisa and everyone else in Region X for allowing me to be a part of it!
Posted by Braymere at 12:04 PM