It's somewhat ironic that a show called Glyn Haven's Autumn Horse Faire had nearly as many classes for dogs as it did for horses.  Not that I'm complaining, mind you.  In truth I greatly enjoyed the dog classes!

The Performance division was first.  Although I hadn't really prepared any entries ahead of time, that didn't stop me from borrowing a few dolls and entering Mitzi, 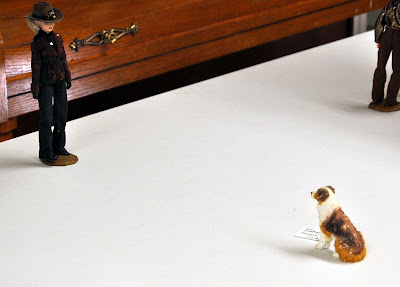 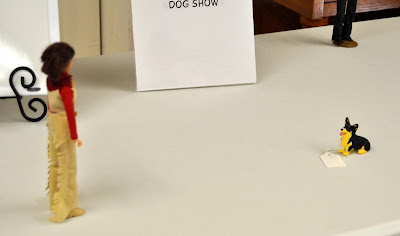 and Jackie in the Obedience/Rally class. 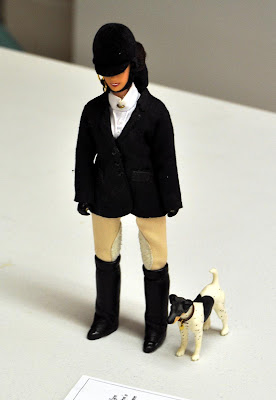 Mitzi placed first, so she was promoted to the number one Braymere performance dog position. 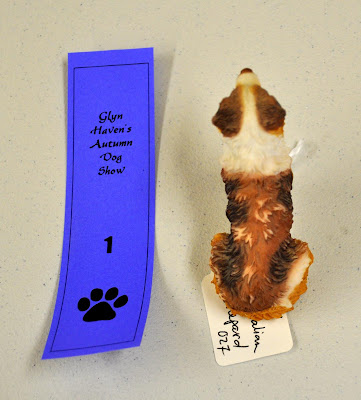 Her next entry was in the Agility class.  She placed second... 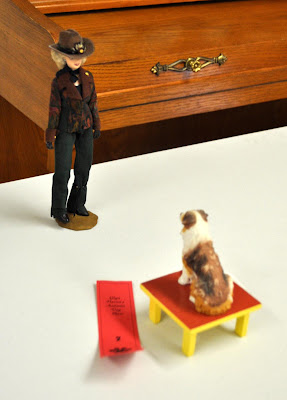 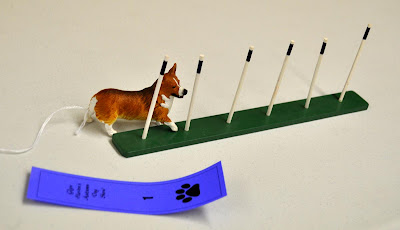 Her third and final appearance came in the Scene/Non-competitive Activity class.  She is shown waiting for her handler during a hiking potty stop.  This earned her another red ribbon. 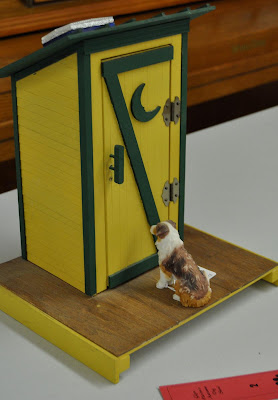 The winner of that class was another one of my dogs, Roz.  You might remember her from this post. 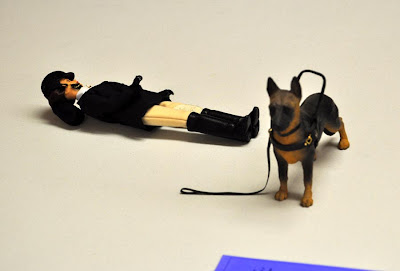 All the first and second place performance dogs returned to the judging table for division callbacks.  In the end, Mitzi won the Championship with Roz in Reserve.  Hurray! 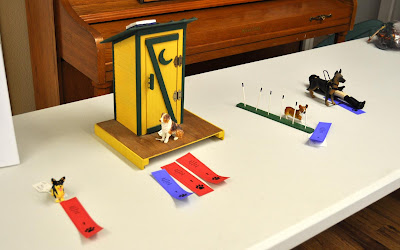 Conformation classes were next.  This is the Herding Group (my favorite!)... 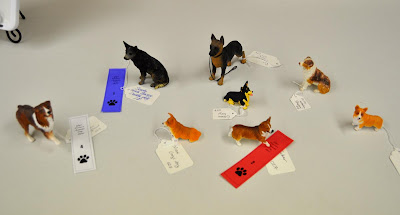 and this is the Non-Sporting Group... 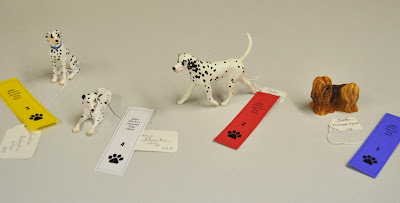 and the Terrier Group. 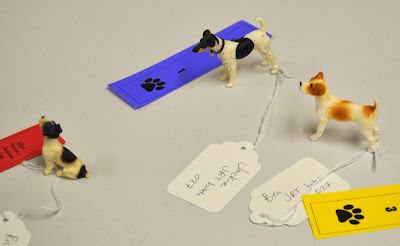 My Raleigh was first in the Working Group, 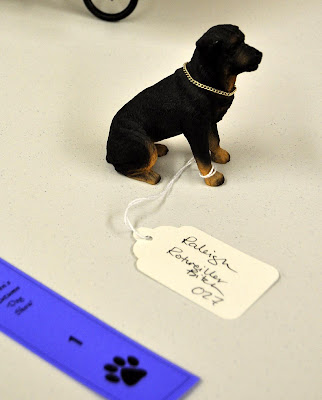 and Apollo was third in the Hounds. 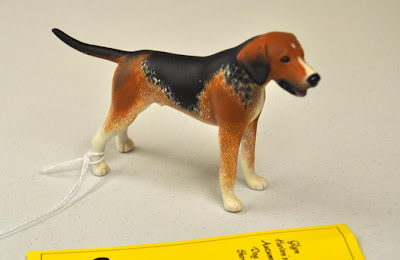 These are the hounds who beat him. 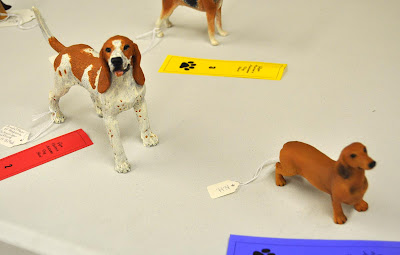 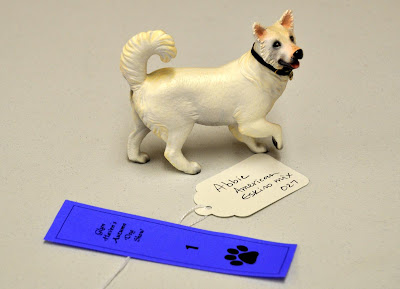 This is the callback table for the Conformation Division championship.  Top honors went to the Italian Greyhound and the Lhasa Apso. 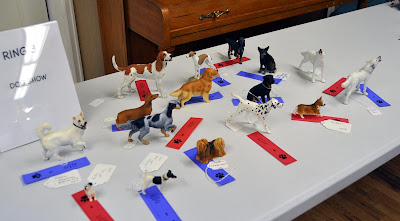 The third and final division was Workmanship.  This included a classes for Original Scupltures, Custom Chinas, Simple Customs...

The division champion was Koa the Lhaso with Abbie in Reserve. 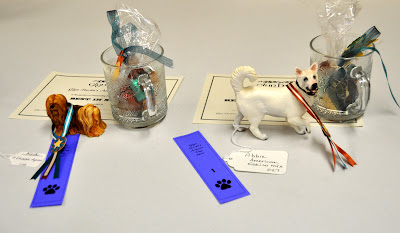 Finally it was time for the Best in Show judge-off.  Top honors went to Sinhuet Material Girl owned by Nancy Hunt. 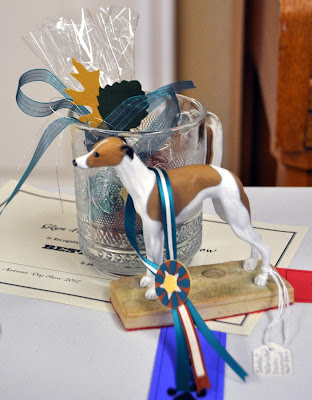 Reserve Best in show was Koa owned by Macy Lindsey.  Congratulations to the winners! 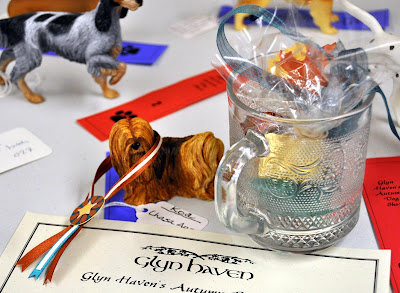 This was my first experience showing model dogs, but I hope it won't be my last.  Thank you, Jane, for including dog classes at the Autumn Horse Faire!