One of my strangest gift horse requests came from fellow blogger Christie of Can I Have a Pony? fame.  She writes: I’m interested in pretty much any Traditional sized breyer that has a head and neck.  I’ll be experimenting with making tap handles for my hubby’s keggerator…he homebrews, I ride.  It’s a great combo!    Drafts are perfect-LOL, or warmbloods, morgans…but no seriously just a nice shaped neck that could be a nice tap handle.

There was a perfect candidate for this request on my shelf, but honestly, I just couldn't do it. Bunches may not be worth much, but I've owned her a long time.  I couldn't stand the thought of letting her be decapitated. 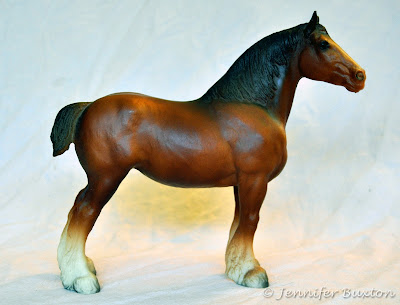 So I went digging into the "projects gone bad" body box that resides in the back of the closet under the basement stairs.  Nearly everything in there was classic scale. 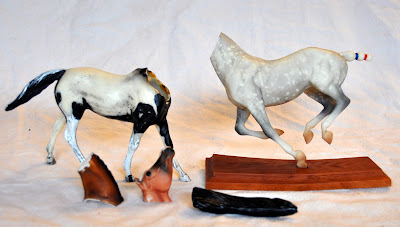 I was just about to give up when--hurray!--I found an old, forgotten resin head and neck. 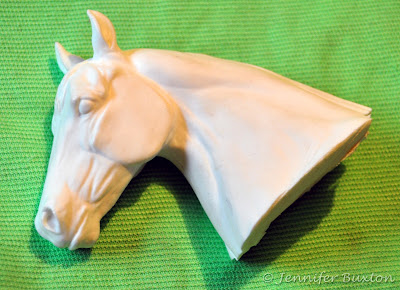 This came off a Smart Sonny Dee resin that I bought as a second some five years ago. 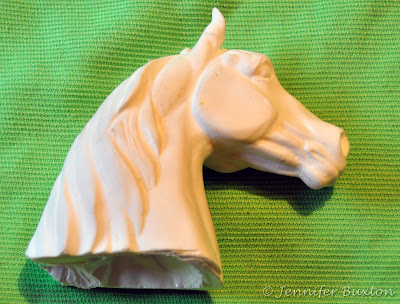 As you can see, the head didn't cast correctly.  One side was much higher than the other, which is not an easy fix. 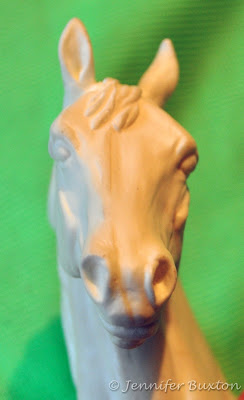 I worked around the problem by replacing the defective head with one from a Breyer Smart Chic Olena.  This was the end result. 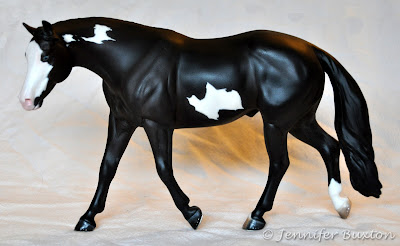 Most normal people would have thrown the old head away, but fortunately for Christie, I've never been accused of being normal.  In fact, I'm so not normal that I decided to use a little epoxy... 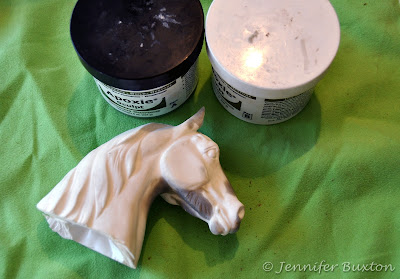 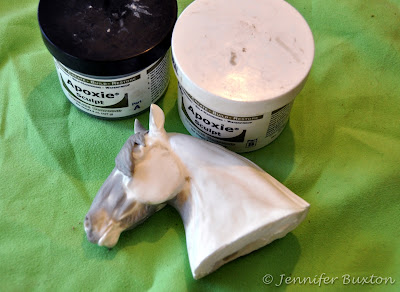 to "fix" and draft-ify the head. 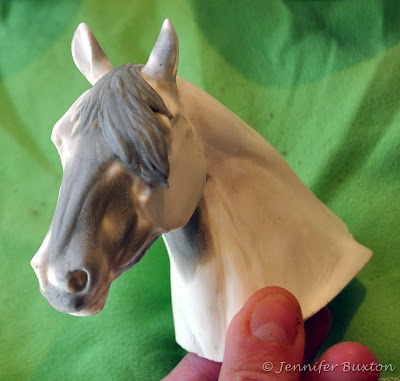 I'd really like to paint it, too, but I suspect I've already wasted way too much time on this particular giveaway. 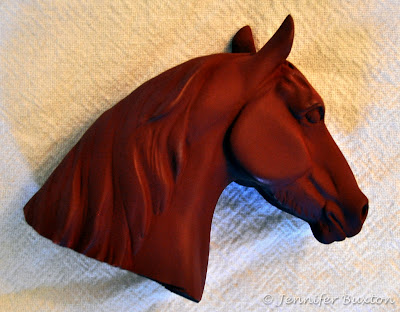 Hope you like your keggerator horse, Christie!  Maybe I can come over someday and taste some of your husband's brew!
Posted by Braymere at 2:09 PM