When I was seven, my dreams were filled with Chincoteague ponies. 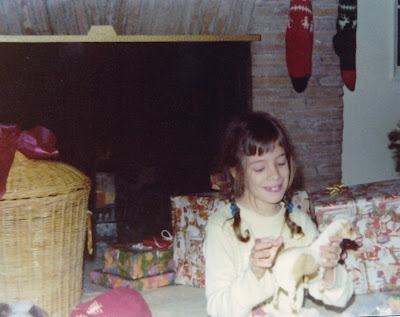 I couldn't imagine anything more exciting than visiting Chincoteague Island in July and attending the annual Pony Penning festivities. 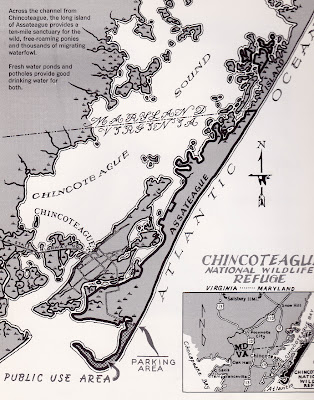 I longed to watch the ponies swim across the channel... 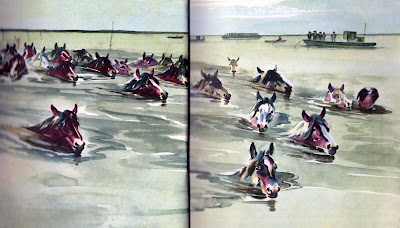 and I fantasized about attending the auction and buying a Chincoteague pony of my very own. 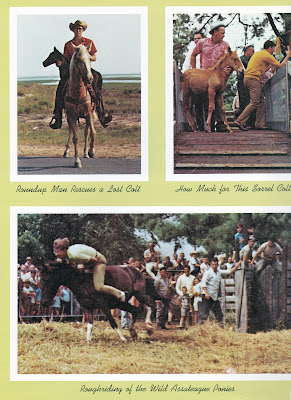 Unfortunately, Chincoteague Island was a long way from my California home.  Even in my most optimistic moments, I realized that this particular dream was probably beyond my grasp.  Eventually I moved on to other--more accessible--equine obsessions.

Some twenty years later, five month old Ryan and I flew out to Maryland to visit my sister, Colleen.  Since we grew up in the same house, Colleen knew all about my childhood Chincoteague obsession.  She informed me that Chincoteague was just one hundred and forty miles from her front door.  If I was interested, she'd be willing to drive me there. 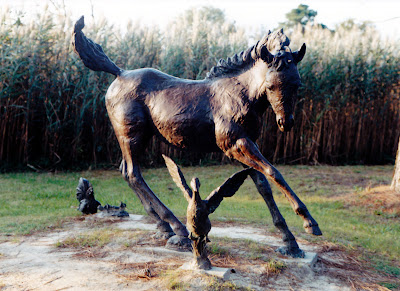 It took us three hours to get to the islands, and nearly that long to find a single pony.  We looked in the marshes, 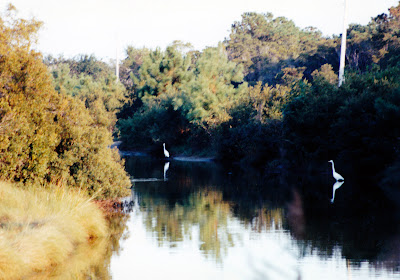 we looked by the lighthouse, 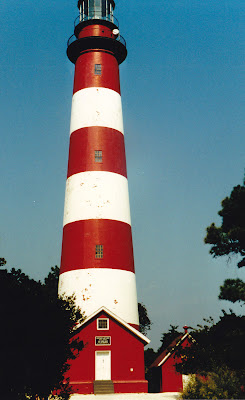 and we looked on the beach. 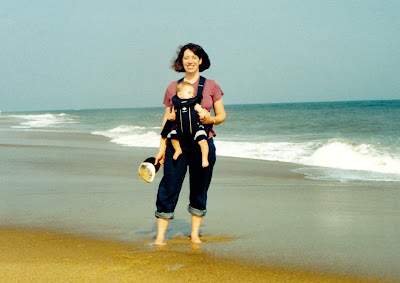 We dipped Ryan's toes in the ocean and I tried my best to enjoy the fine weather.  It was hard, though.  I kept thinking, "How awful would it be if I waited twenty years to go to Assateague and didn't see a single pony?" 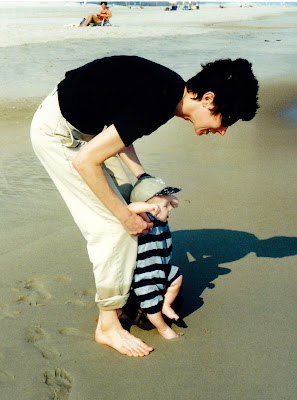 We continued to look and finally our persistence was rewarded. 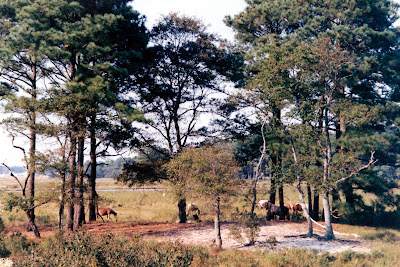 We watched and waited and slowly but surely those ponies began to drift closer... 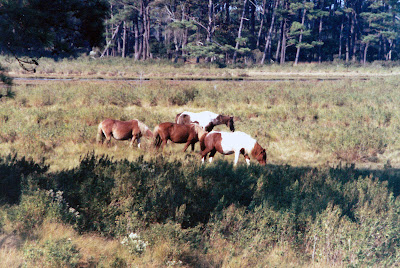 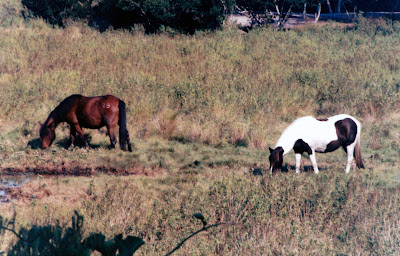 I would have been happy to stay there and watch them all day, but the hour was growing late and we still had another long drive ahead of us. 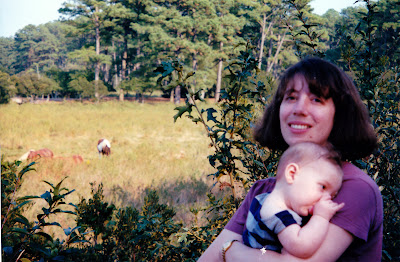 We headed back to the car, and wouldn't you know, now the ponies were everywhere! 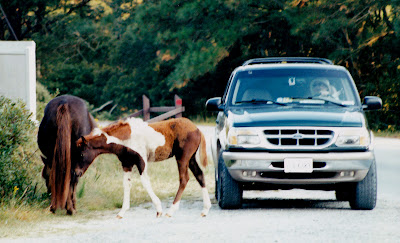 They were on the road and... 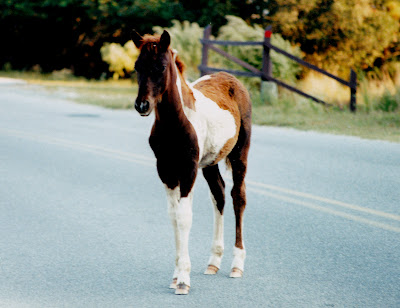 they were next to the road. 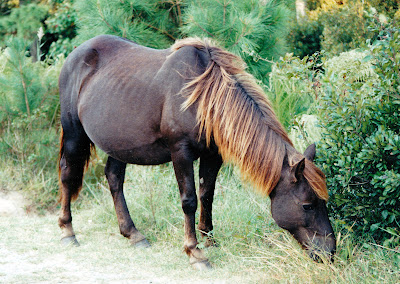 In fact, the entire drive off the island was one big pony siting! 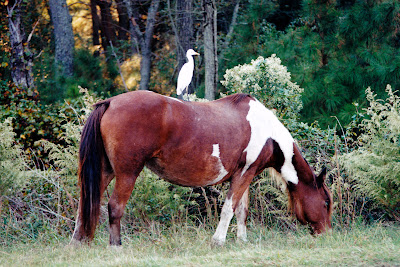 Sigh.  If only we could have stayed longer! 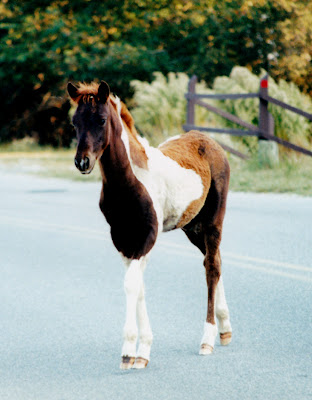 Obviously, this was not the Chincoteague Island vacation I dreamed of as a kid, but it was satisfying nonetheless.  Hopefully, I'll return again someday, and if that happens, you can bet I'll schedule a much longer trip!
Posted by Braymere at 5:31 PM