Seth and I celebrated our fifteenth wedding anniversary today. 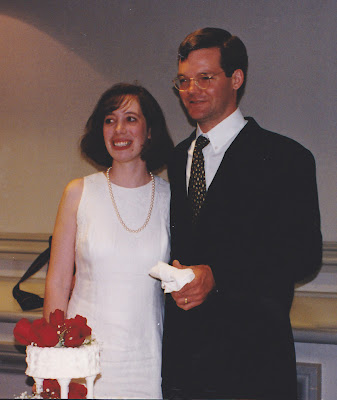 Seth is a good guy, but he's not very horsey.  When I met him, he'd never sat on a horse, and to date, he's yet to attend a model horse show.  It would seem unlikely that I have anniversary story that's also a model horse story, but I do.

Five years ago, we celebrated our tenth anniversary with a weekend stay at the Tudor Rose Bed and Breakfast in Salida, Colorado.  Salida is a charming little mountain town on the banks of the Arkansas River.  It's also the home of my friend, Sandy Lyles.  Since this was an anniversary trip, I hadn't made plans to see her.  However, as Seth and I were walking around downtown, I couldn't help but spot the Fabulous Finds antique mall owned by Sandy and her sister. 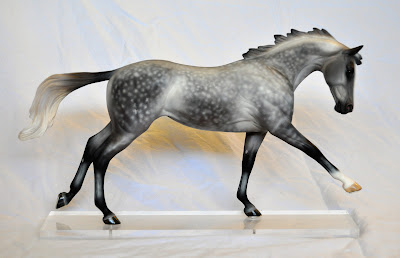 Happily, Sandy was there to greet us.  After a brief and enthusiastic hello, she said, "I have something for you!"  She ran out to her car and came back with an unpainted Kittydidit resin.

Sandy and I have done a lot of trading over the years, so this wasn't completely unprecedented except for one thing--I hadn't told her I was coming!  How did she just happen to have an unpainted resin in the backseat of her car that day?  To this day, that still amazes me.

And poor Seth.  He never saw it coming either.  Somehow his romantic getaway had turned into a model horse procuring trip! 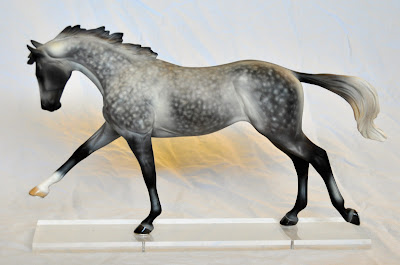 Eventually the Kittydidit was sent to Beatha Sellman who gave her this lovely dapple grey paintjob during Hurricane Ike. 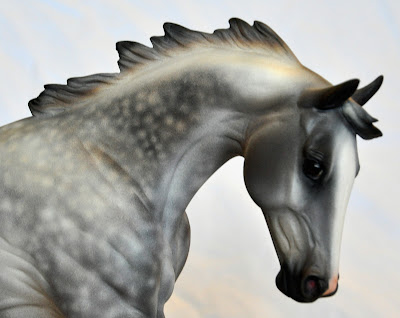 In honor of that, I tried out several hurricane themed names.  None of them stuck, however. 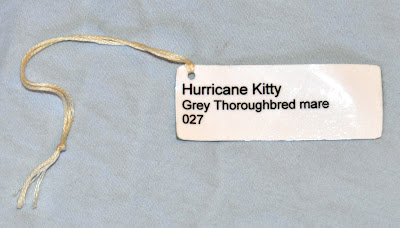 For better or worse, I will always think of this model as "the Anniversary Horse" or simply Anniversary.
Posted by Braymere at 1:29 PM

Labels: hobby people, my family, my hobby life, my resins