It's fair to say that I was feeling a little discouraged by the time the Western Performance division rolled around.  Tiffany accused me of whining, and perhaps I was.  After all, it's hard not to whine when you're watching your Brio Sambra dreams go down the drain!

Still, I wasn't going to give up without a fight.  I stripped the dressage tack off Emma and prepared her for the Western Games class. 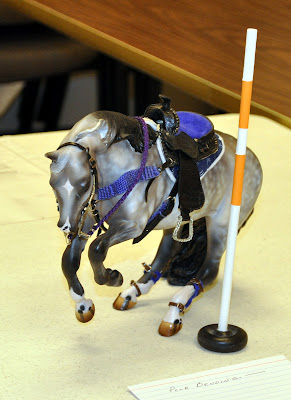 By Colorado standards, this class was huge.  It was also tough. 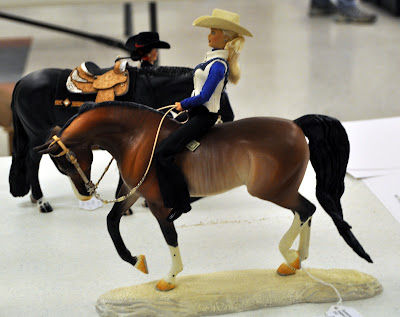 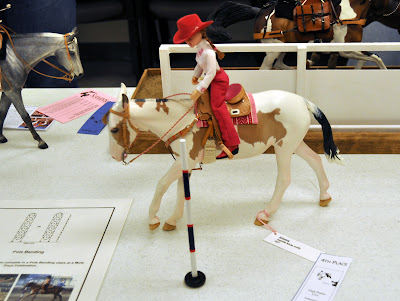 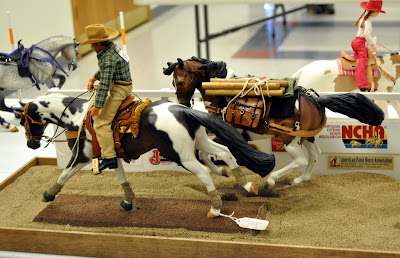 The top two ribbons went to models shown by Teresa Buzzell.  Teresa has mad proxy showing skillz and was showing models for several different people.  This model actually belongs to Darla Curtis and the tack is owned by Sheila Bishop. 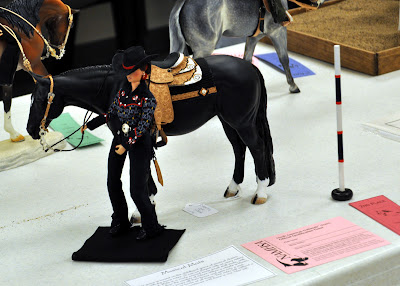 The winner was Teresa's own Some Kinda Flirt.  Flirt is a Kristina Lucas Francis Phoenix resin painted by Kirsten Wellman. 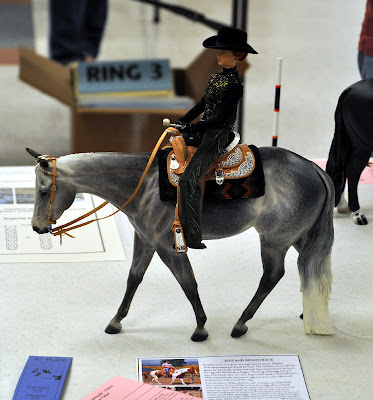 I skipped the next three classes.  These were the cattle classes--Roping, Cutting and Other Stock/Ranch Work.  Probably this was just another example of my "whininess", but honestly, I didn't see the point. 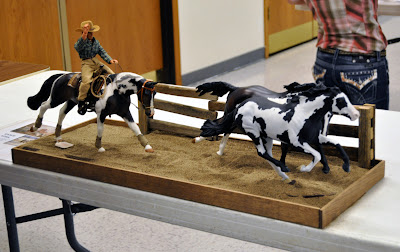 I did get my act together to show in Reining.  There were three entries on the table and mine placed first.  This was kind of weird to me.  If I had been judging, Emma would have been third. 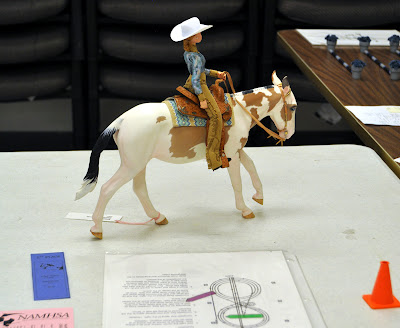 The unexpected--and undeserved--win boosted my spirits.
The Western Trail class was next, and like the Games class it was big and deep.
This photo shows both Sandy's Lonesome Dove and Fabian Rodgriguez's Zippo.
Emma's revamped ground pole entry placed fourth. 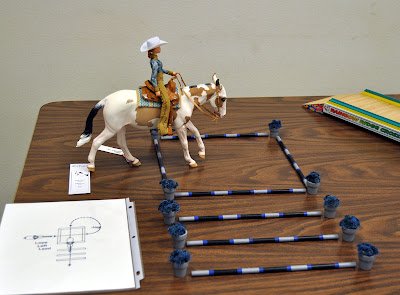 Some Kinda Flirt was second. 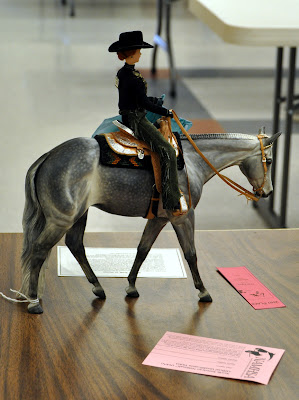 The blue went to Karen Gerhardt's one of a kind Cleveland Bay. 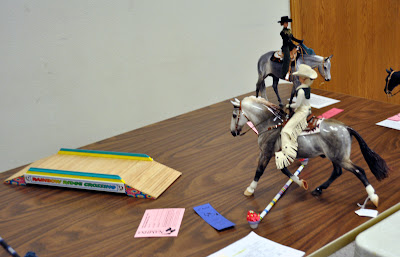 Western Pleasure was next. 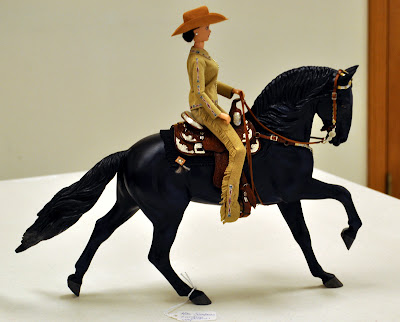 Honestly, I can't remember how Emma did, but I think Karen's big gray won the blue.

Lonesome Dove won the Western Performance Division Championship with Teresa/Darla's Charity in Reserve.
At this point the horses (and mules) that had won a certificate in any of the three performance divisions were invited back for the Overall Championship.  There wasn't much drama in the judge's decision.  With two reserve championships to her credit, Emma was awarded the lovely silver Chevy medallion. 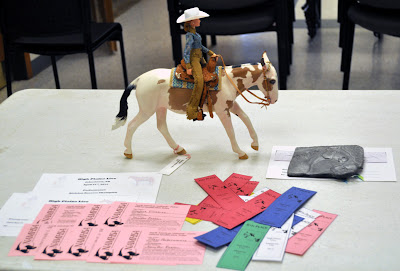 Lonesome Dove owned by Sandy Lyles was the clear and undisputed winner. 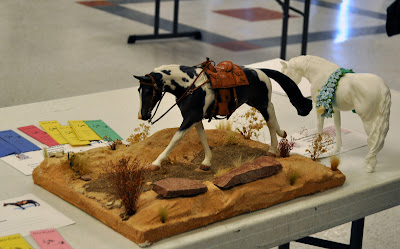 Congratulations, Sandy!  That was a masterful performance, but consider yourself warned--I'm coming for you next time!
Posted by Braymere at 5:43 PM