The custom halter division at last Saturday's High Plains Live consisted of just eleven classes.  However, in this case there were a lot of good things wrapped up in that small package.  Here are a few that caught my eye. 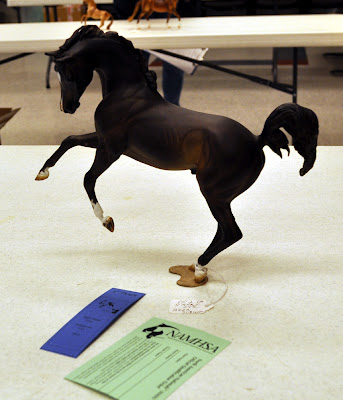 My Purdy horse, Khartoon Khompounded Interest was right behind him in second. 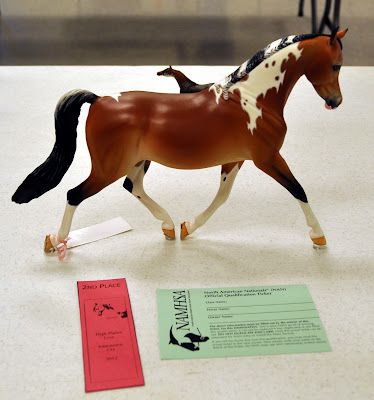 My other Purdy horse, Quiver, also placed second in his class (Spanish/Gaited). 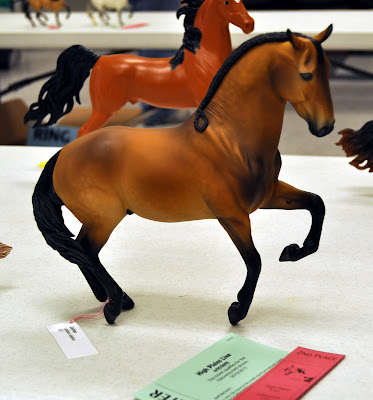 He was beaten by Tiffany's Freedom Generator.  This is a Breyer clock horse with a Salinero head. 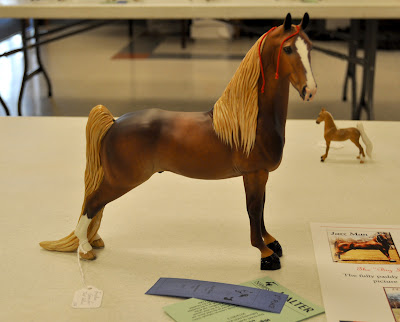 Onto the Stock Horses.
These were separated into two classes--spotted and solid.  One of Sheila's early customs won the spotted class...
while Tiffany's Azteca, Quivario, won the solid. 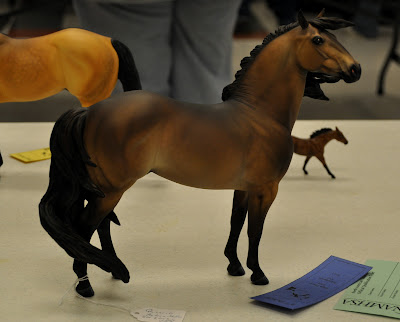 Sport Horses were next and once again it was a Purdy horse who claimed top honors.  This is Schmitterling, a Breyer Salinero with a Memphis Belle head. 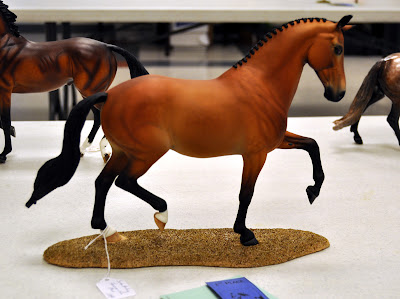 Here's another Salinero--this one was competing in the Draft class. 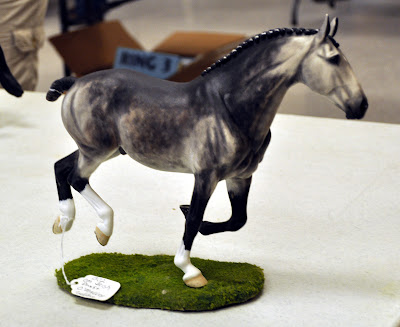 Yet another Salinero was spotted (ha ha) in the Longear/Extotic/Other class.
Onto ponies! 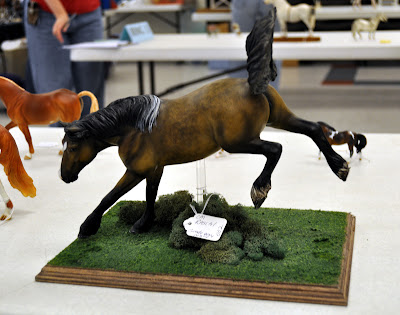 Tiffany's Touch of Pink was the big winner there. 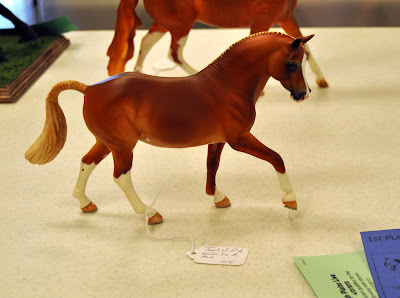 As the horses returned to the table for the Custom Division Championship... 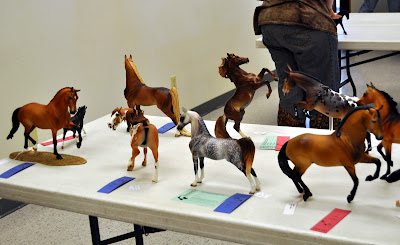 one thing was abundantly clear... 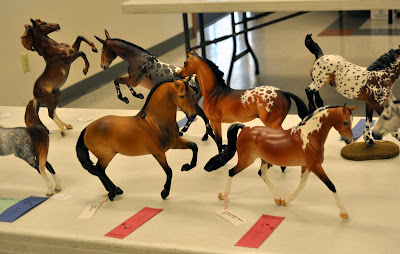 It was a good day to be Purdy! 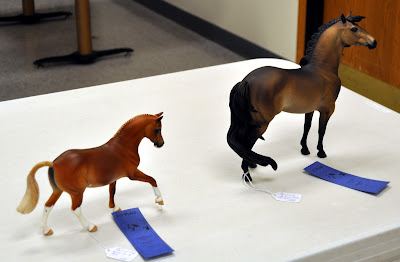 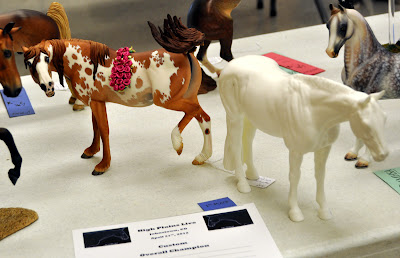 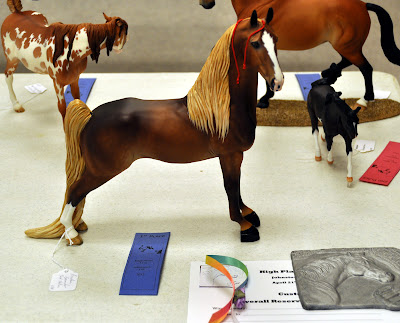 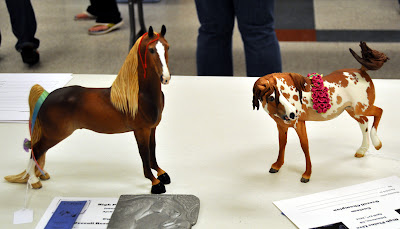 Performance pictures next!
Posted by Braymere at 7:29 AM