You wouldn't know it by looking at my collection now, but I used to be one of those people who was absolutely convinced that I'd never be able to afford resins.

That began to change in the early 2000's.  There were a number of reasons behind the shift--the most significant of which was the discovery that some people would actually trade tack for resins.  Much to my own surprise, I found myself the proud owner of a handful of middling resins.

One of the stars of that long ago show was Heather Roell's brand new Khan resin named Frank. 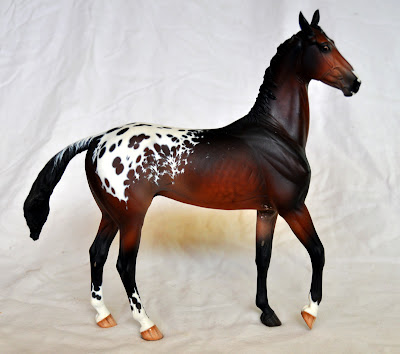 I remember oohing and ahhing over Frank's amazing details, 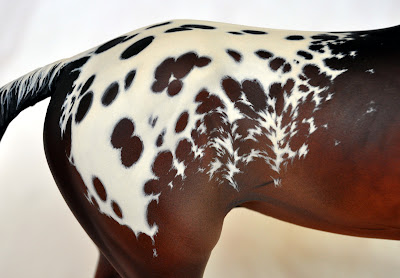 and thinking sadly that I would never own anything that nice. 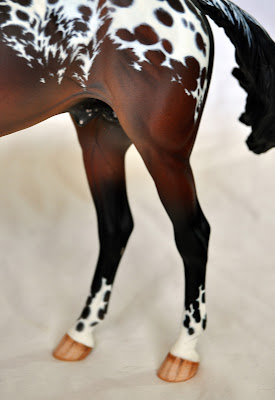 But then I remembered that not so long ago I'd thought I'd never be able to afford resins and look how that had turned out!  Anything was possible.  I stopped feeling sorry for myself and vowed that someday I would own something as nice as Frank. 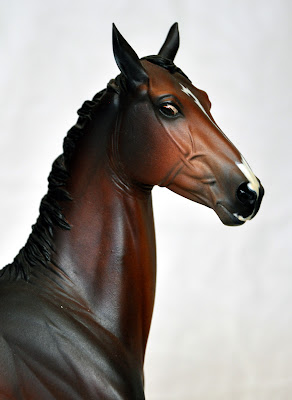 And now, all these years later, I don't just own something like Frank--I actually own Frank himself!  It's hard to believe, but sometimes even the most impossible dreams do come true!
Posted by Braymere at 4:36 PM