In the past four days I have made one martingale, three curb straps, two pairs of boots, 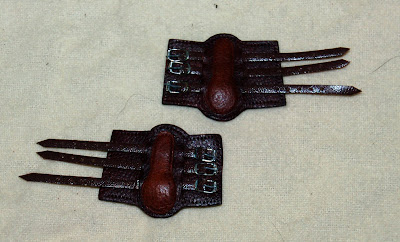 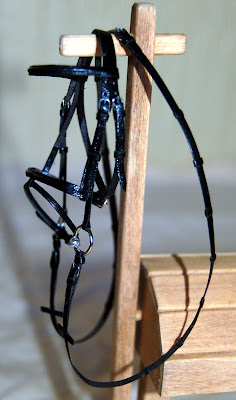 That equates to four boxes of tack being shipped to four different states. I feel accomplished... and exhausted!

In some ways small orders are easier than large orders. Most obviously, they take less time. In fact, my definition of a small order is something I can make comfortably in a day or less. That alone makes small orders pretty rewarding. However, after four straight days of small orders I can also say that they tend to be exasperating. Most small orders involve lots of straps and buckles and keepers. They're fiddle-y and tax my patience and don't usually pay very well. I make a lot more per hour on saddles than I ever will on boots.

I've mostly enjoyed my week of small orders, but it's safe to say that I'm looking forward to tackling a bigger project--or two!--next week.
Posted by Braymere at 5:38 PM