Today's performance spotlight comes from my first guest blogger, Lauren Islip. Lauren lives in England and as you can see from the pictures that accompany this article, she is an accomplished tackmaker. If you haven't been fortunate enough to see her work in person, be sure to check out her website:
http://www.fourcornerstack.com/index.html

In many ways the UK Show Hunter is similar to the US Hunter under Saddle, where the quality of the horse, its way of going and manners are the most important factors. In the UK you will find a heavier animal, with different turnout and different class divisions. The competitors will be asked to show each gait, including the gallop, and should demonstrate ground covering movement with little knee action. Show hunters are expected to have superb manners and give a smooth, comfortable ride. During the later stages of a class, the judge may ride each horse personally to ensure it is an easy ride no matter who is in the saddle. 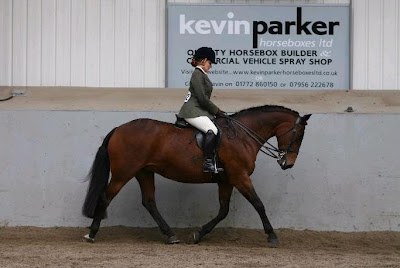 There are several different classes for hunters in the UK. Show Hunters are shown on the flat and are split into several categories including: Lightweight, Middleweight, Heavyweight, Ladies and Small. Light to Heavy-weights are differentiated according to how much weight they can reasonably carry during a day's hunting. Lightweights tend to have a lot of Thoroughbred blood whereas middleweights are usually dominated by Thoroughbred crosses. Breeds that do well in heavyweight classes are the Irish Draught, Cleveland Bay, and cross-breeds such as Shire x TB. Ladies Hunters are usually lightweight to middleweight (but can be from any other division) but are shown under side-saddle. The Small Hunter must be under 15.2hh in height and under-height Middleweight hunters usually do well. Often a small hunter will feature some percentage of Native Pony blood such as the Welsh Cob. To translate this into the model world some good moulds for UK hunters are Breyer's Cleveland Bay (Heavywieght), Denbigh (Middleweight), and Valor (Lightweight). 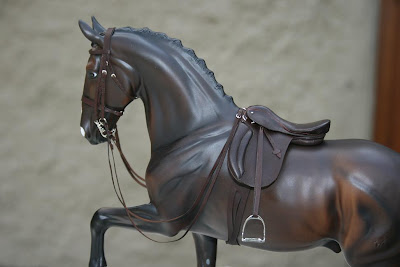 For turnout, horses must have their manes plaited usually in 9 or 13 braids and tails pulled (though sometimes plaited). Permitted tack is a workmanlike bridle (either weymouth or pelham) with plain noseband and browband. A wider noseband suits the heavier head and aids to balance the overall appearance. 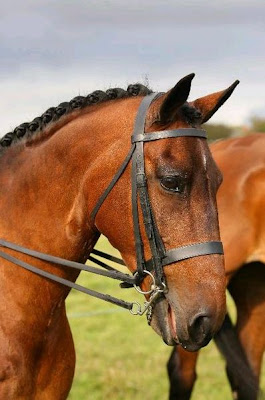 For Show Hunters a straight-cut show saddle is desirable in order to show off the horse's shoulder. Usually no saddlecloth is worn although a discrete numnah may be used as long as it is dark in colour and does not protrude more the 1" around the saddle. The saddle may or may not have knee rolls, the latter being favoured for Working Hunter classes where the competitor is required to jump a short course of rustic fences. During the jumping phase boots and a martingale may also be worn but equal horses may be separated and the horse with the simpler more traditional tack will win. The most desirable tack colour is dark brown, commonly called Havana. 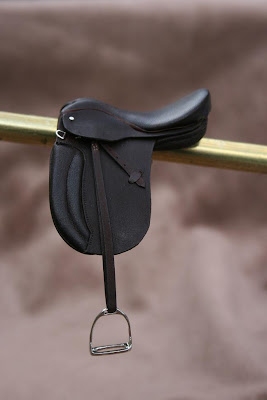 The tack in this article is representative of a modern turnout for a UK Show Hunter, including a show saddle with knee rolls, flat plain bridle, and a Balding Girth which is often seen in the show ring as it is discrete and blends in with darker coloured horses. On grey horses a white synthetic girth is often used. 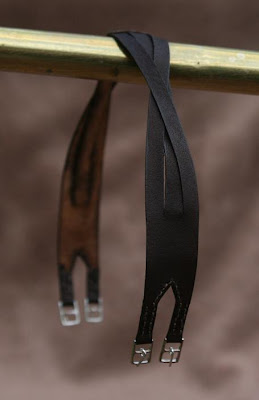 More information on UK Show Hunters and UK showing in general can be found at this website:
http://www.theshowring.co.uk/index.php
Hopefully this information may give US showers some new ideas when it comes to those Other Performance classes!
Posted by Braymere at 1:06 PM