Show season is here in earnest. All over the country model horse enthusiasts are trying to pick up those last minute NAN qualifications, and my inbox has been inundated with pictures from some of those shows. Here are a few of my favorites.

This is Karen Meekma's Extreme Justice II resin. "Dragonflye" is shown winning a jumper class in his Braymere tack set. Karen and her husband made the jump. The Belle Grande resin in the background also belongs to Karen and is wearing the saddle that was featured here not too long ago. 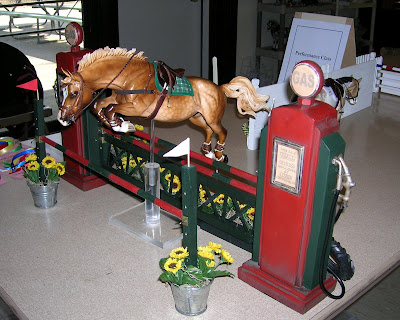 Karen also sent this picture from the Indian costume class. I'm not really sure why, because I did not make this costume. It's awfully neat, though, so I'm including it here. 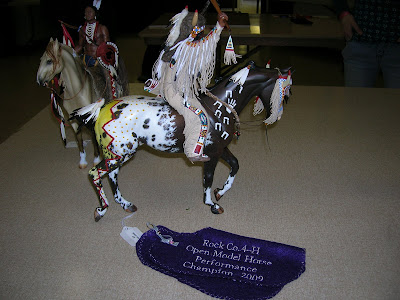 Regan O'Keefe took this photo of her Traci Caller Vizcaya resin competing in the dressage class at the Central Colorado Expo. "Troveo" was painted by Myla Pearce and is wearing a bridle by Fran Lowe, a saddle pad by Jane Schneider and a Braymere saddle. Regan made the props. The Gem Twist in the background is also wearing an older saddle by me. 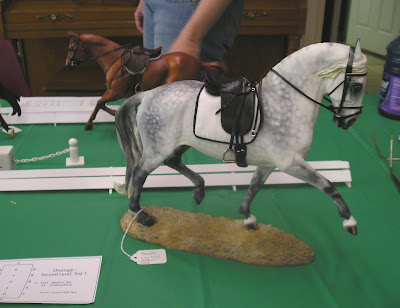 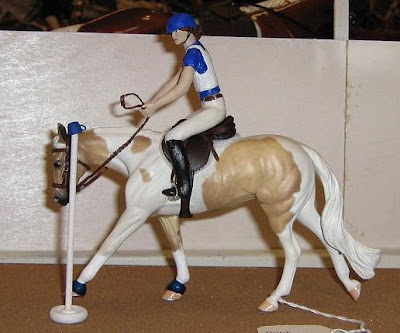 Last but certainly not least, comes this pair of pictures from Tiffany Purdy. "Anna Nicole Sugar Pie" won another overall performance championship. She is shown here wearing an endurance saddle I made last year. Rebecca Dunne made the bridle and I'm pretty sure Tiffany dressed the doll. 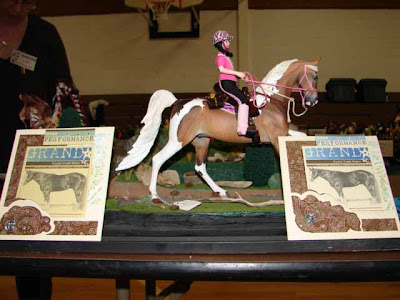 And here's another Indian costume I didn't make! Two in one week--how did that happen? I am in lust with Tiffany's Stormwatch. In addition to the amazing paint job, she also customized his head and neck position. Oh yeah, she made the warrior's headdress, too. Sheesh--some people are just too talented for their own good! 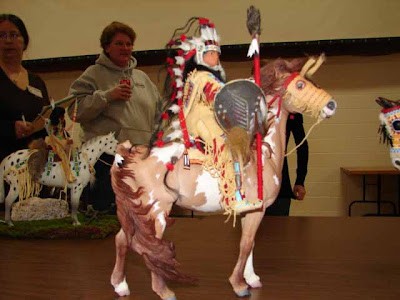