Here are some more pictures from the Central Colorado Expo held yesterday at the Parker Senior Center in Parker, Colorado. Fran Lowe was the show holder and performance judge. 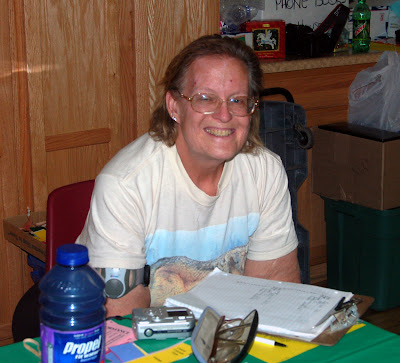 Most of my exhibitor table was covered in performance stuff, so some of my halters horses hung out on a nearby counter between classes. 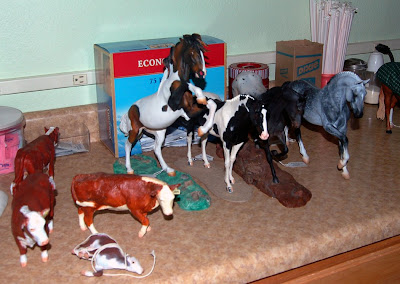 More of my horses on the counter. 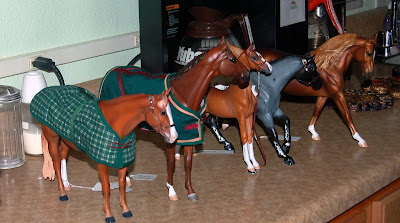 My table was right next to the OF Stone Showring. I'm not a big OF collector, but I enjoyed having a chance to see so many nice models up close and in person. I particularly like this crabby pony. 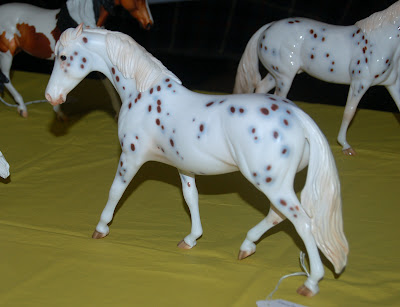 The Custom/Resin Arab class. I forgot to bring my Aashiq's base so he had to show lying down. Thankfully, that wasn't a problem for judge, Jennifer (Irwin) Scott. She placed him first even without the base. 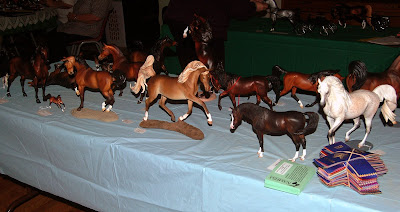 A very pretty Suki showing in the Lightbreed Foals class. 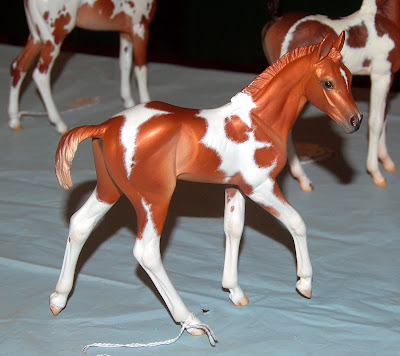 Jennifer Scott and Sheila Anderson Bishop taking some time out to chat during the Draft Type Pony class. 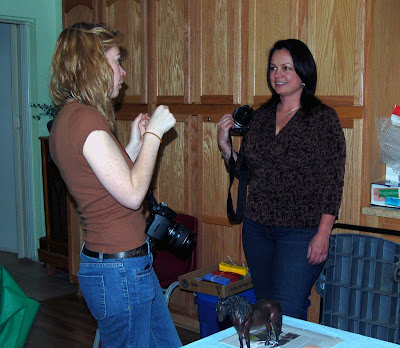 I love this Eberl Fjord. I think I take her picture at every single show! 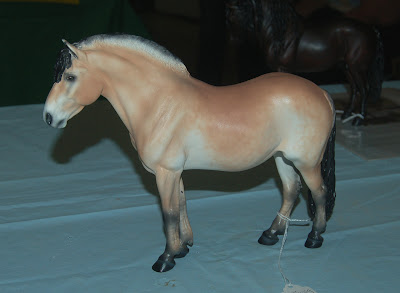 Poka Tia won the Draft Type Pony class and then went on to take the Custom/Resin Pony Championship. 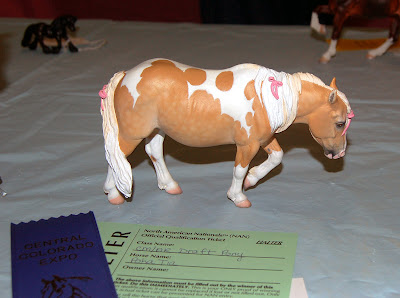 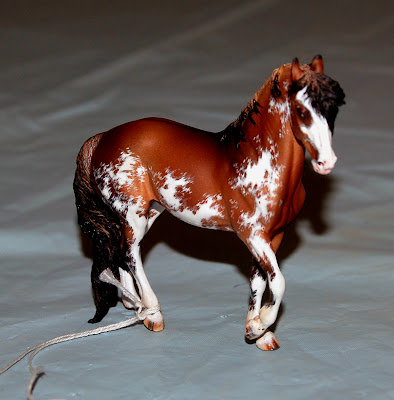 The Custom/Resin Stock Foal class. My new paint Okie Rio was the eventual winner. I also own the swishy tail Parrs Dream Doll resin in the foreground. 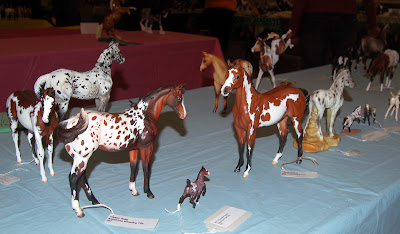 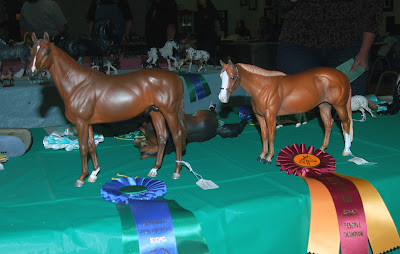 Another view of the Championship table. Valerie McEntee's Lone Star and Love N Stuff are in the background. Nancy's Tynk and my two Purdy horses, Poka Tia and Khemotigre, and in the foreground. 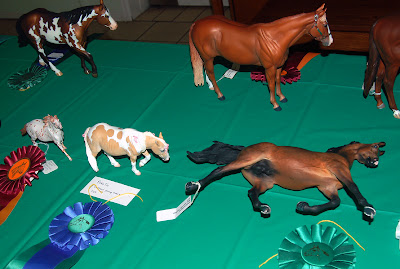 And the Champions are...
Khemotigre and Poka Tia! I was too tired to take their win photos at the show, so here they are on my kitchen counter. Khemotigre looks a lot nicer standing up! 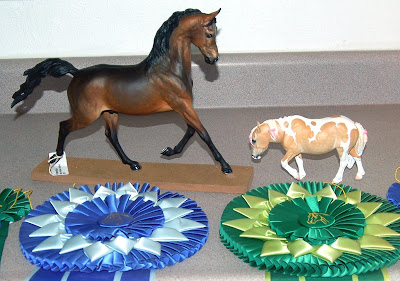 Thanks so much to Fran and the judges for making this show happen. I had so much fun. Can't wait to do it again!
Posted by Braymere at 11:17 AM